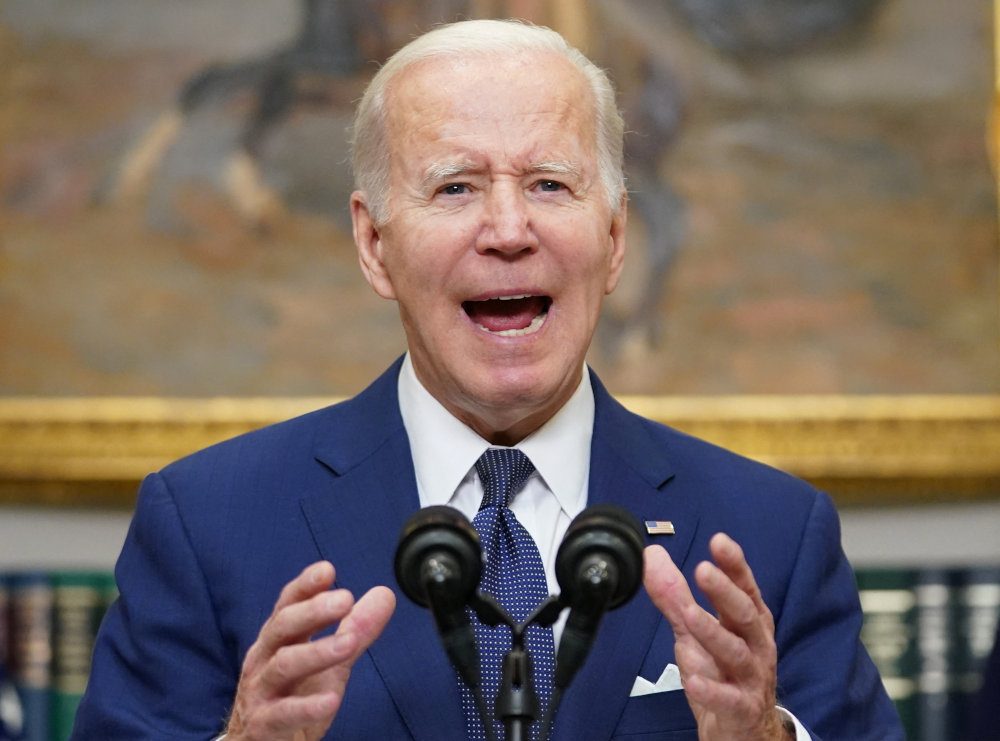 JOE BIDEN. US President Joe Biden makes a statement about the school shooting in Uvalde, Texas shortly after Biden returned to Washington from his trip to South Korea and Japan, at the White House in Washington, US May 24, 2022.

Facebook Twitter Copy URL
Copied
(1st UPDATE) 'I am sick and tired of it. We have to act. And don't tell me we can't have an impact on this carnage,' US President Joe Biden says 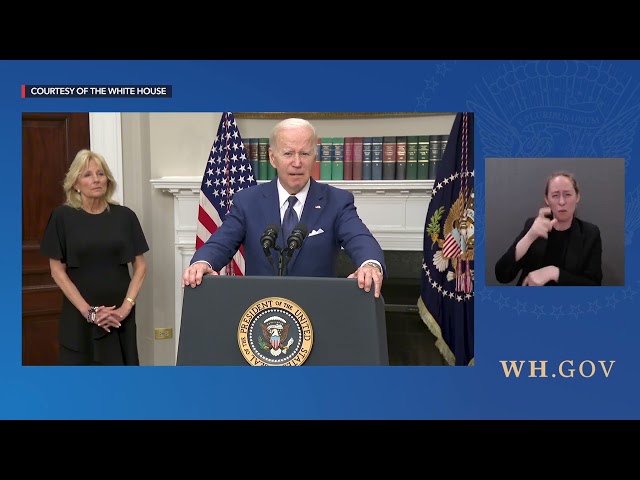 WASHINGTON, DC, USA – Americans must stand up to the gun lobby and pressure members of Congress to pass sensible gun laws, US President Joe Biden said on Tuesday, May 24, after the killing of at least 19 children and two teachers in a Texas school shooting.

“I am sick and tired of it. We have to act. And don’t tell me we can’t have an impact on this carnage.”

Authorities said an 18-year-old gunman opened fire earlier in the day at an elementary school in Texas, about 80 miles (130 km) west of San Antonio, before he apparently was killed by police officers. Mass shootings in America are often followed by public protests and calls for action by Democratic politicians, but federal gun safety policies like background checks that are common in other countries have failed in the face of strong Republican opposition.

Biden demanded action on Tuesday night without laying out actions he intended to take, nor call for a specific vote in Congress or policy.

“I hoped when I became president I would not have to do this, again,” a visibly shaken Biden said, decrying the death of “beautiful, innocent” second, third and fourth graders in “another massacre.”

Biden, whose life has been marked by family tragedy, said the parents in Texas “will never see their child again, never have them jump in bed and cuddle with them,” he said.

He asked Americans to fight the feeling of powerlessness from seeing yet another mass shooting.

The United States experienced 61 “active shooter” incidents last year, up sharply from the prior year and the highest tally in over 20 years, the FBI reported this week.

The shooting poses for Biden, already facing the lowest approval ratings of his presidency, another crisis on top of 40-year high inflation rates and the war in Ukraine.

A mass shooting in a Buffalo, New York, grocery store 10 days ago increased pressure on the Biden administration to make good its vow to crack down on gun violence, and the killing of elementary school children is likely to increase that pressure.

When he ran for the White House, Biden promised to push gun safety measures and reduce the country’s tens of thousands of annual gun deaths. Biden and his fellow Democrats have failed to get the votes in the Senate needed to pass their bills.

The United States is the most heavily armed society in the world, according to the Geneva-based Small Arms Survey, a research group. Small, rural, often Republican-led states where gun ownership is widespread have disproportionate influence in the US Senate, where a supermajority of 60 votes is needed to advance most legislation in the 100-seat chamber.

Biden was briefed about the shooting aboard Air Force One as he returned from a trip to Asia, White House press secretary Karine Jean-Pierre said on Twitter. He called Texas Governor Greg Abbott to offer any assistance needed.

In a proclamation issued before he landed, Biden ordered the flags at the White House and at US federal and public buildings to be flown at half-staff until sunset on May 28.