Facebook Twitter Copy URL
Copied
'Marriage is a simple proposition. Who do you love? And will you be loyal to that person you love? It's not more complicated than that,' US President Joe Biden says

WASHINGTON, DC, USA – US President Joe Biden signed the Respect for Marriage Act into law on Tuesday at a jubilant celebration that featured US singer Cyndi Lauper performing “True Colors” in front of thousands of supporters on the White House lawn.

The new law provides federal recognition to same-sex marriages, a measure born out of concern that the Supreme Court could reverse its legal support of such relationships.

Cheers erupted from the crowd as Biden signed the bill. 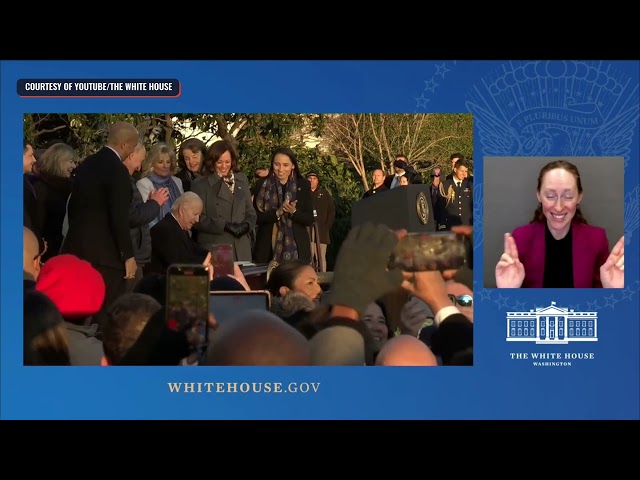 “Marriage is a simple proposition. Who do you love? And will you be loyal to that person you love? It’s not more complicated than that. The law recognizes that everyone should have the right to answer those questions for themselves,” Biden said. “Today’s a good day.”

Made famous by her 1983 song “Girls Just Want to Have Fun,” Lauper, 69, said the act offered peace of mind to families like hers and Americans nationwide.

“We can rest easy tonight because our families are validated and because now we’re allowed to love who we love, which sounds odd to say, but Americans can now love who we love,” Lauper, an activist on LGBT issues who has been married to actor David Thornton since 1991, told reporters at a briefing prior to the performance.

“Everyone deserves to bask in the magical blessing of building a union with the person you love,” she said.

Senate Majority Leader Chuck Schumer, whose daughter and her wife are expecting a child, called it “a day of jubilation.” – Rappler.com