TORONTO, Canada – Migrant care worker organizations across Canada have welcomed the Liberal government’s new Caregiver Program, but said it still falls short of expectations and would continue to make workers vulnerable to exploitation.

“While we recognize the gains, the new programs do not go far enough,” said the Caregivers’ Action Centre (CAC) in a statement posted on its website. “We still don’t have permanent resident status on arrival, which is needed to get at the cause of exploitation in our work.”

The new program – replacing the current one set to expire this November – gives care workers open work permits that will allow them to change employers quickly.

“If a caregiver is working for a particular employer and they feel abused or exploited, they can choose to go to another employer,” said Hussen.

Current work permits are tied to employers, making it hard for workers to escape abusive employers or switch jobs if elderly employers die or are moved into nursing homes. 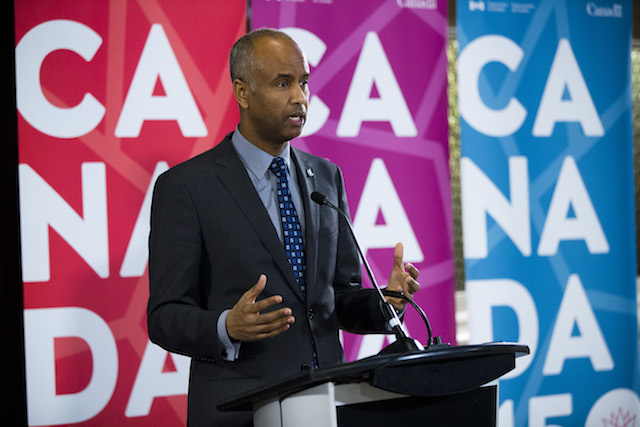 For those already working in Canada after changes were made by the previous Conservative government in 2014, and have been “left in limbo” as a result, Hussen said an interim program will allow them to apply for permanent residency with one year of service instead of the previous two years. The 3-month program, from March 4 to June 4 this year, also lowers the educational and English requirements for eligibility.

The new program is “a direct response” to the workers’ Landed Status Now campaign and “decades of organizing before that,” the Coalition of Migrant Care Workers and the Migrant Workers Alliance for Change said in a statement.  “Caregivers organized and we won! This is our victory,” said the CAC.

But the enthusiasm was tempered by many unanswered questions about the fine details of the program, and its temporariness.

Under the new program, care workers will be assessed for permanent residency eligibility before coming to Canada. The government has not laid out the criteria for permanent residency, nor has it stated when the program will come into effect. If the program maintains the requirement of Canadian one-year post-secondary education equivalent and high levels of English language proficiency, it will “shut out migrants with fewer resources who have historically been able to come to Canada under [past] caregiver programs,” care worker groups said.

The program will give open work permits to a care worker’s spouse or common-law partner and study permits for their children. It remains unclear whether the children can study for free or whether families will have access to free healthcare and affordable housing.

The 3-month period for care workers already in Canada to apply for permanent residency is not enough, the groups said. It also excludes those who have become undocumented “as a result of exclusionary requirement in the current program, or because they were issued permits for less than 24 months,” they added.

Processing delays in the existing program have often forced workers to work 6 months to a year without proper work permits when they change jobs. This has stalled their progress in accumulating the employment service criteria required for permanent residency.

Care worker groups also noted that the 5,500  application cap per year is still in place. “What will happen to care workers who apply each year after the cap has been reached?” they asked.

The groups noted that changes made to the caregiver program are restricted to 5 years and made by ministerial order rather than by amendments to law or regulations.

“This is a temporary change, while care work is a permanent need. Care workers have been coming to Canada for more than 100 years,” they said.

In their study, "Care Worker Voices For Landed Status and Fairness," care worker groups called for a National Care Strategy  saying “care work is without a doubt a core and growing part of Canada’s labor market and social infrastructure.” Without care workers, “the Canadian economy and society cannot function,” the study said.

Such a strategy must address “the broad, public and enduring need for quality care for children, the elderly and people with disabilities” and provide decent wages and permanent status for care workers, it added. “Care Workers must be recognized as whole human and social beings who contribute to communities beyond our labor.”

Mathieu Genest, spokesperson for Hussen, told Canadian Press that details will be provided closer to the launch of the new programs, whose start dates remain unclear. – Rappler.com