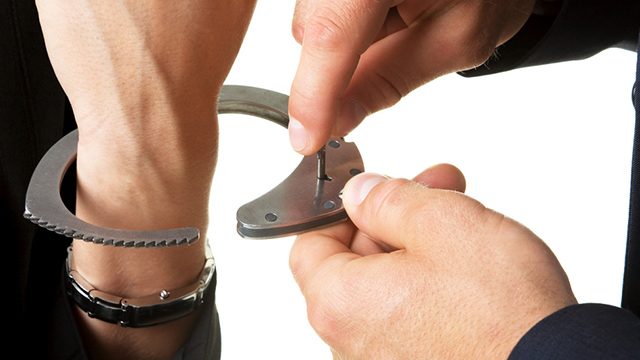 Facebook Twitter Copy URL
Copied
Omar Alkattoul is accused of using a social media application on his phone on November 1 to send another person a document he had written about attacking Jews, according to a criminal complaint filed by the FBI

An 18-year-old man was arrested in New Jersey on Thursday, November 10, on a charge of threatening to attack Jewish people, which had prompted the FBI last week to issue an unusual warning to synagogues across the state to bolster security.

Omar Alkattoul of Sayreville, New Jersey, appeared in US District Court on Thursday afternoon to face one count of transmitting an online threat to injure others, and a magistrate judge ordered he remain in detention without bail.

Alkattoul is accused of using a social media application on his phone on November 1 to send another person a document he had written about attacking Jews called “When Swords Collide,” according to a criminal complaint filed by the FBI. Alkattoul wrote that he wanted to attack Jews on behalf of Islamic State, the militant organization that took control of large parts of Iraq and Syria, the complaint said.

He is also accused of sharing the document on a server of a second social media application in October, telling a second person he wanted to kill Jews in revenge for the deaths of Muslims, the complaint said.

“I am the attacker and I would like to introduce myself,” the document said, according to the complaint, in which the writer complained about the treatment of Muslims in “Palestine, Syria, West Africa, and South Asia.”

“I will discuss my motives in a bit but I did target a synagogue for a really good reason according to myself and a lot of Muslims who have a brain,” the document said.

In the interviews, Alkattoul told agents that actually carrying out an attack was a “possibility,” but also said that “he did not really want to conduct an attack as soon as possible” and that he was merely role-playing, the complaint said.

The people with whom Alkattoul shared the document online were not identified, and it was not clear from the complaint whether any of them were undercover law-enforcement officials.

His lawyer, a federal public defender, did not respond to requests for comment. If convicted, Alkattoul faces a maximum sentence of five years in prison and a fine of $250,000. – Rappler.com