VEEP. US Vice President Mike Pence takes part in a joint session of Congress to certify the 2020 election results on Capitol Hill in Washington, DC, January 6, 2021.

Facebook Twitter Copy URL
Copied
Pence's carefully staged appearances mark a contrast to those of Trump, who has not visited the Capitol since the attack 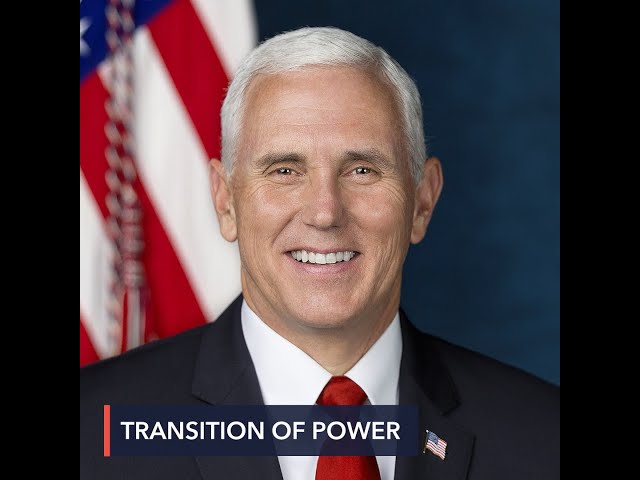 US Vice President Mike Pence on Thursday, January 14, vowed to uphold American history and ensure a safe transition of power to President-elect Joe Biden, 8 days after supporters of US President Donald Trump laid siege to the US Capitol.

Pence made the remarks before a security briefing at the headquarters of the Federal Emergency Management Agency, and during a meeting with National Guard troops guarding the US Capitol, where Pence was among top US officials forced into hiding during last week’s attack.

“We all lived through that day – January 6. And as the president made clear yesterday, we are committed to an orderly transition and to a safe inauguration. The American people deserve nothing less,” Pence said during his first public event since the attack that left 5 people dead.

He said Biden and Vice President-elect Kamala Harris would be sworn in on January 20 “in a manner consistent with our history and our traditions, and in a way that gives honor to the American people and the United States.”

Trump, who does not plan to attend the inauguration, on Wednesday became the first president in US history to be impeached twice, as 10 of his fellow Republicans joined Democrats in the House of Representatives to charge him with inciting an insurrection in last week’s assault.

Pence also met with dozens of Guardsmen outside the brightly illuminated Capitol, thanking them for providing security “at such an important time in the life of our nation.”

His carefully staged appearances on Thursday marked a contrast to those of Trump, who has not visited the Capitol since the attack. In a video released late Wednesday, Trump disavowed the violence. Pence had long been one of Trump’s most loyal associates, but incurred his wrath for refusing to block the congressional certification of Biden’s Electoral College win. During the attack, some of Trump’s supporters discussed assassinating Pence for being a traitor.

Trump and Pence sought to heal their rift during a meeting in the Oval Office on Monday, but aides say they were deeply disappointed by the way Trump had treated Pence. – Rappler.com