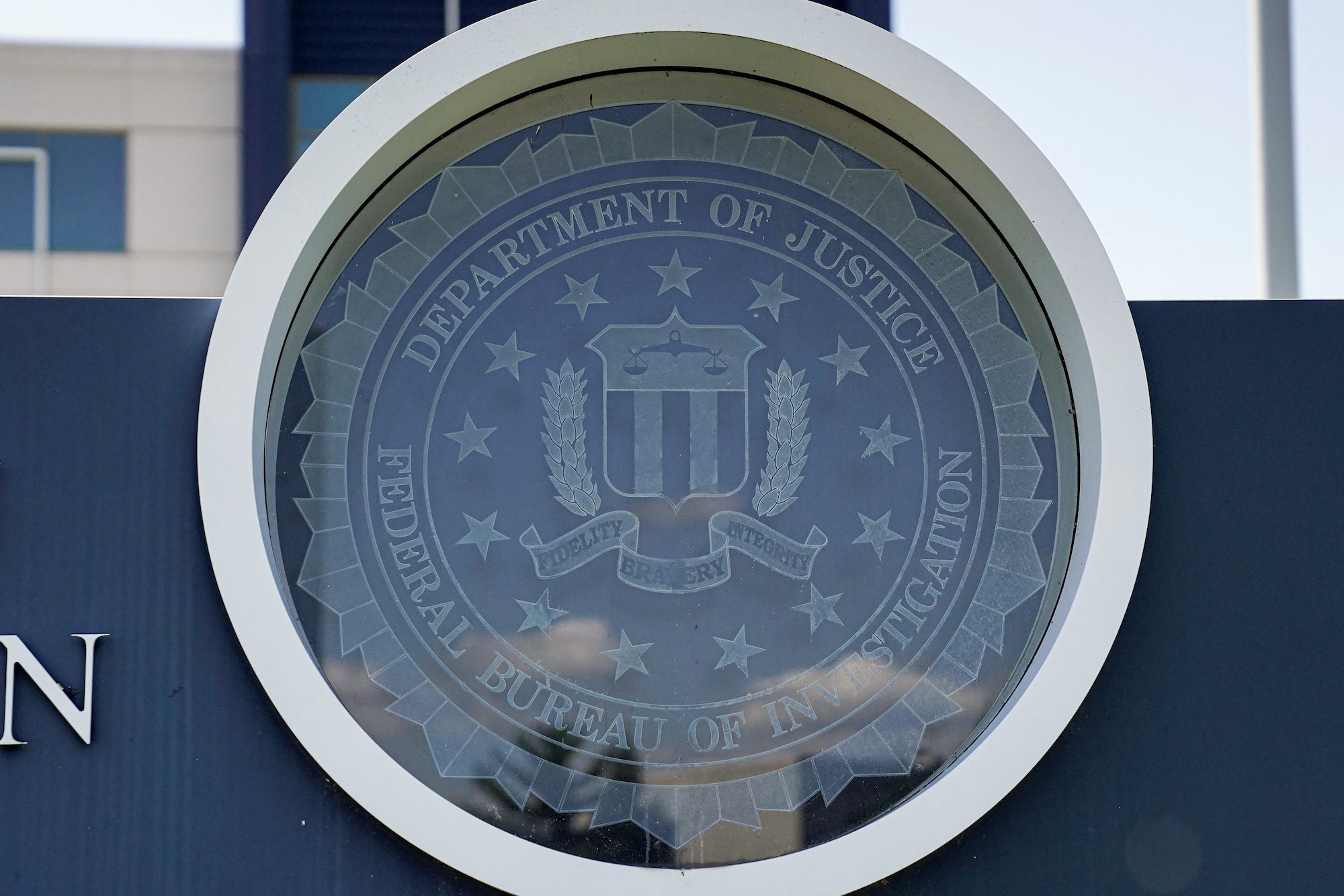 FBI. A view shows the seal of the Federal Bureau of Investigation outside of the FBI's Cincinnati Field Office, after police closed off Interstate 71 North after reports of a suspect attempting to attack the FBI building, in Cincinnati, Ohio, U.S., August 11, 2022.

An armed man who tried to breach the FBI building in Cincinnati, Ohio, was later killed in a shootout with police on Thursday, August 11, following a car chase and a long standoff in a cornfield, officials said.

Police had yet to identify the dead man and during a pair of news briefings would not comment on his motive. The New York Times and NBC News cited unnamed sources as having identified the man as Ricky Shiffer, 42.

A man by that name forwarned of the attack on Truth Social, the medium created by former president Donald Trump.

“If you don’t hear from me, it is true I tried attacking the FBI, and it’ll mean either I was taken off the internet, the FBI got me, or they sent the regular cops…,” the message said.

His posts, including others expressing extreme views, were taken down shortly after police told reporters the Cincinnati suspect had been killed.

NBC News, citing two unnamed officials familiar with the matter, said the suspect was at the US Capitol building in Washington during the assault by Trump supporters on January 6, 2021.

The New York Times, citing two law enforcement officials familiar with the matter, reported investigators were looking into whether he had ties to extremist groups.

Some Trump supporters claim a grievance with the FBI over his entanglements with the agency which have included its probe into Russia’s support for his 2016 presidential campaign and the court-authorized search of his Florida home on Monday.

The Ohio incident began early on Thursday when the suspect unsuccessfully tried to enter the FBI’s visitor screening facility. He then fled the area in a white vehicle, heading northbound on Interstate 71, the FBI said.

The vehicle eventually came to a stop and gunfire was exchanged between the suspect and police officers, he said. No police were injured, he added.

“Throughout the day today law-enforcement officers attempted to negotiate with the suspect. After a time the negotiations failed,” Dennis said.

The FBI has been the subject of online threats since its agents searched Trump’s Florida estate on Monday as part of an investigation into documents removed from the White House when he left office in January 2021.

The New York Times, citing two unnamed law enforcement officials familiar with the matter, said investigators were looking into whether the suspect had ties to extremist groups. – Rappler.com