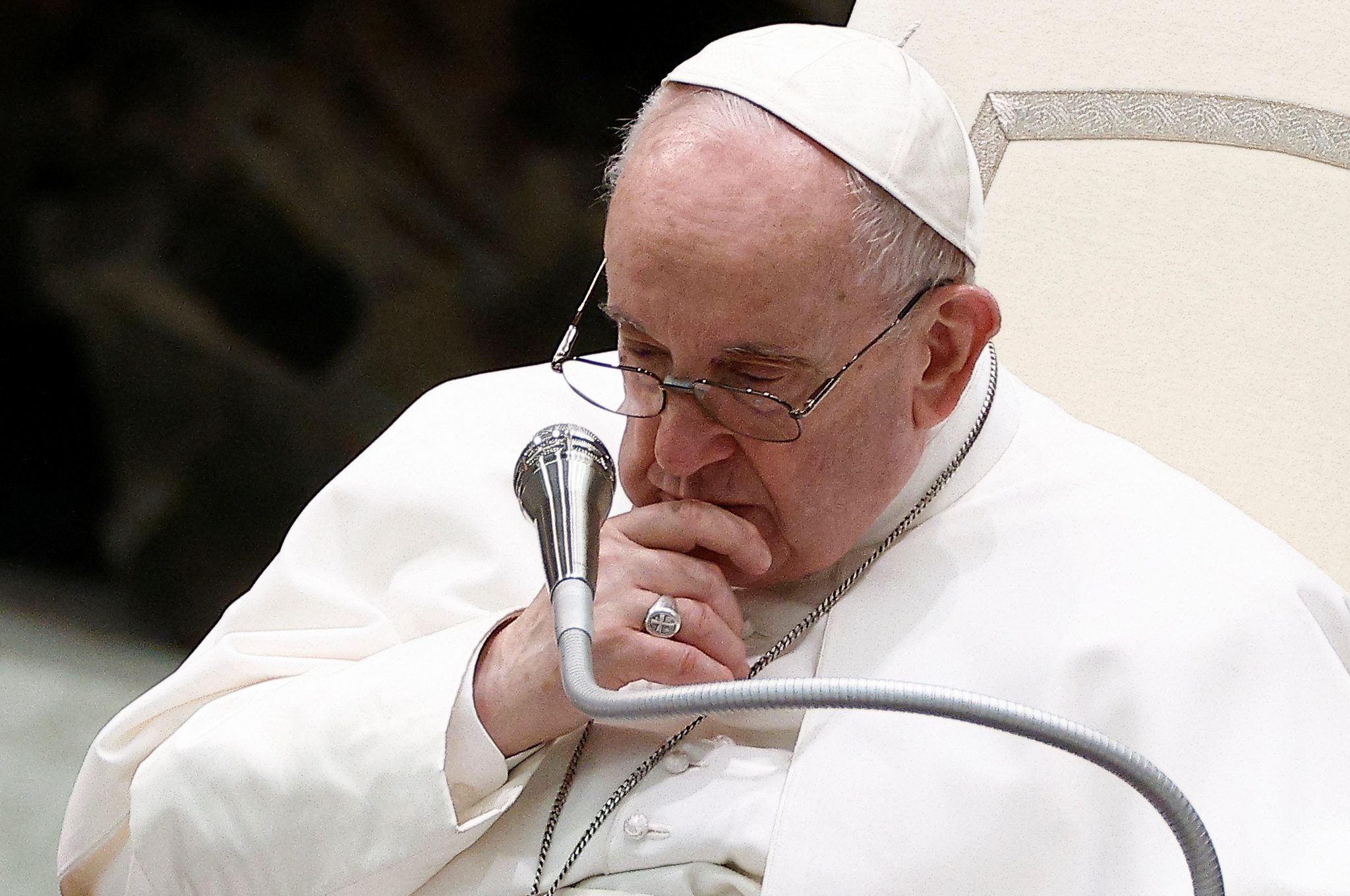 APOLOGY. Pope Francis looks on during the weekly general audience at the Paul VI Hall at the Vatican, on March 30, 2022.

Facebook Twitter Copy URL
Copied
'For the deplorable behavior of those members of the Catholic Church, I ask forgiveness from God and I would like to tell you from the bottom of my heart that I am very pained,' he says, speaking in Italian

VATICAN CITY – Pope Francis apologized to Canadian indigenous peoples on Friday, April 1, for the Roman Catholic Church’s role in residential schools that sought to erase their cultures and where many children suffered abuse.

Francis, in an address to the native leaders at the end of a week of private meetings with individual groups of delegates from various indigenous nations, also said he would like make a trip to Canada this July, confirming what Vatican sources had said earlier.

The indigenous leaders want the Pope to make the apology on Canadian soil.

“For the deplorable behavior of those members of the Catholic Church, I ask forgiveness from God and I would like to tell you from the bottom of my heart that I am very pained,” he said, speaking in Italian.

“I join my brother Canadian bishops in apologizing,” he said.

About 150,000 children were taken from their homes. Many were subjected to abuse, rape and malnutrition in what the Truth and Reconciliation Commission in 2015 called “cultural genocide.”

The stated aim of the schools, which operated between 1831 and 1996, was to assimilate indigenous children. They were run by several Christian denominations on behalf of the government, most by the Catholic Church.

Regarding the trip, Francis told the indigenous peoples that he was happy to know that Catholics among them were devoted to St. Anne, the mother of Mary. The feast of St. Anne is July 26.

“This year, I would like to be with you on that day,” he said.

The schools scandal erupted anew last year with the discovery of the remains of 215 children at the former Indian Residential School in Kamloops in the Western Canadian province of British Columbia.

The discovery at the school, which closed in 1978, reopened old wounds and brought fresh demands for accountability. Hundreds more unmarked burial sites have been found since. – Rappler.com