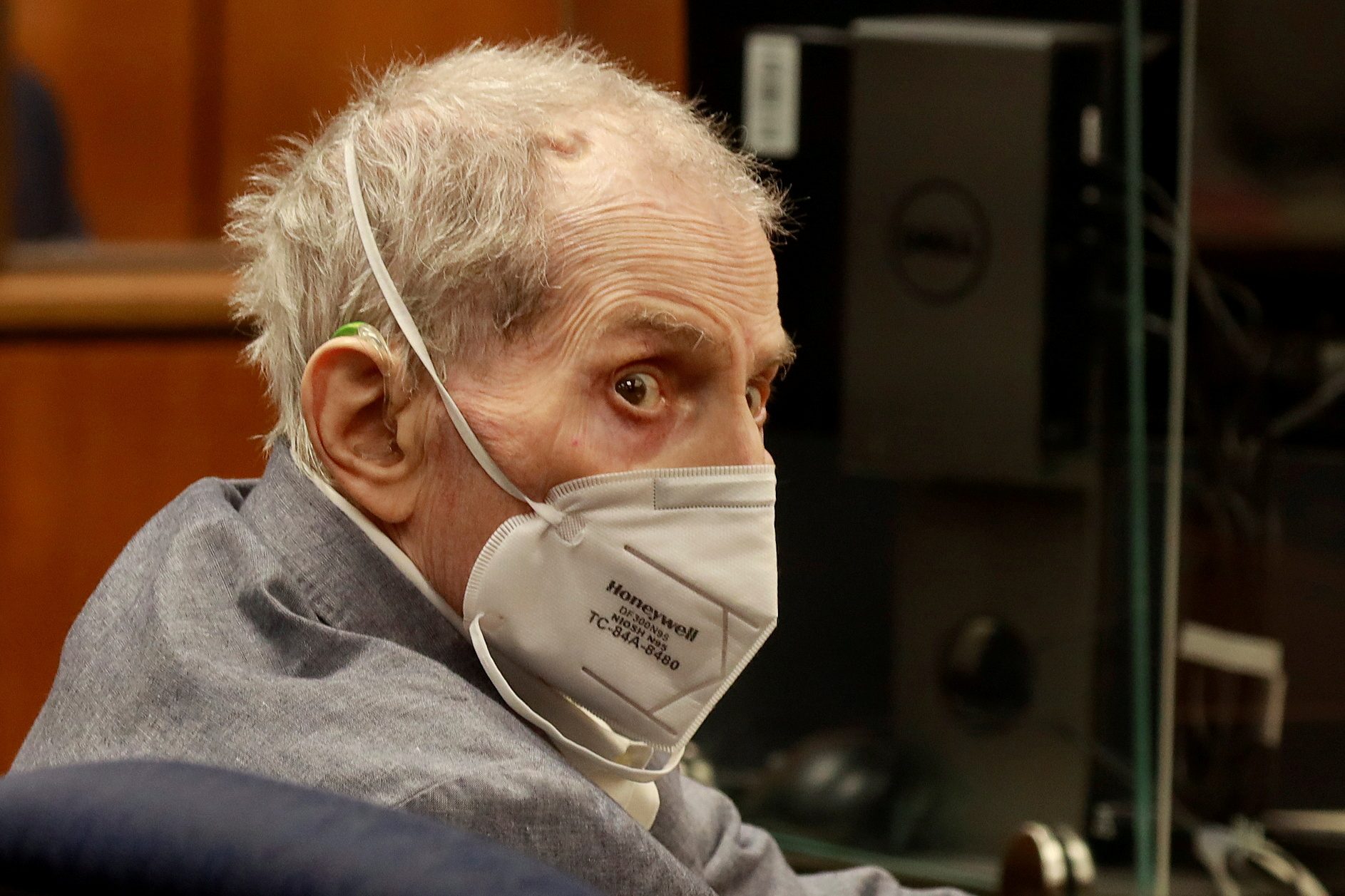 ROBERT DURST. Robert Durst looks at jurors as he appears in an Inglewood courtroom with his attorneys for closing arguments in his murder trial at the Inglewood Courthouse in California, U.S., September 8, 2021.

Facebook Twitter Copy URL
Copied
The law office of Chip Lewis tells Reuters he died of natural causes, while Lewis told the New York Times that Durst went into cardiac arrest and died at the San Joaquin General Hospital, where he had been taken for testing

Robert Durst, the multimillionaire real estate heir who was serving a life sentence for murder in California and was the prime suspect in two other murders over the past four decades, died in prison at age 78, his lawyer’s office said on Monday, January 10.

The law office of Chip Lewis told Reuters he died of natural causes, while Lewis told the New York Times that Durst went into cardiac arrest and died at the San Joaquin General Hospital, where he had been taken for testing.

Durst had once been groomed to take over The Durst Organization, one of New York City’s premier real estate companies, but instead spent many of his formative years evading law enforcement and the last several years of life in jail.

Durst mostly stayed one step ahead of the law until he told on himself during the making of the 2015 HBO documentary series “The Jinx,” in which Durst was caught on a hot microphone saying to himself, “What the hell did I do? … Killed them all, of course.”

Durst was arrested just before the final episode aired.

His wife Kathleen McCormack Durst went missing in New York in 1982, but no charges were filed until after a Los Angeles County in September found Durst guilty of murdering his best friend Susan Berman in 2000.

Prosecutors said Berman was about to reveal she helped Durst create a cover story about his wife’s disappearance.

In New York, after the Los Angeles trial ended, a Westchester County grand jury indicted him for his wife’s murder.

Prosecutors also said Durst killed his neighbor Morris Black in Galveston, Texas, in 2001 because Black discovered his identity at a time when Durst was hiding from the law, sometimes disguising himself as a mute woman.

Durst listed his many health problems on the witness stand including surgeries for esophageal and bladder cancer, high blood pressure, osteoporosis, neuropathy, chronic kidney disease and chronic obstructive pulmonary disease, or COPD. A shunt relieved pressure on his brain.

Shortly after his Los Angeles sentencing, his lawyer disclosed he had also contracted COVID-19.

Los Angeles County prosecutor John Lewin, who had pursued Durst for years, credited “The Jinx” filmmakers Andrew Jarecki and Marc Smerling for their revealing interviews with Durst, telling reporters after the verdict: “Without them having conducted the interviews, we wouldn’t be where we are.”

Durst’s story was also depicted in the 2010 film “All Good Things,” starring Ryan Gosling and directed by Jarecki.

Durst is the grandson of Joseph Durst and son of Seymour Durst, who built The Durst Organization into one of New York City’s premier real estate companies and developed some of Manhattan’s signature skyscrapers.

Robert Durst long ago left the company, now run by his estranged brother Douglas Durst, who testified at trial and said of his sibling: “He’d like to murder me.” – Rappler.com