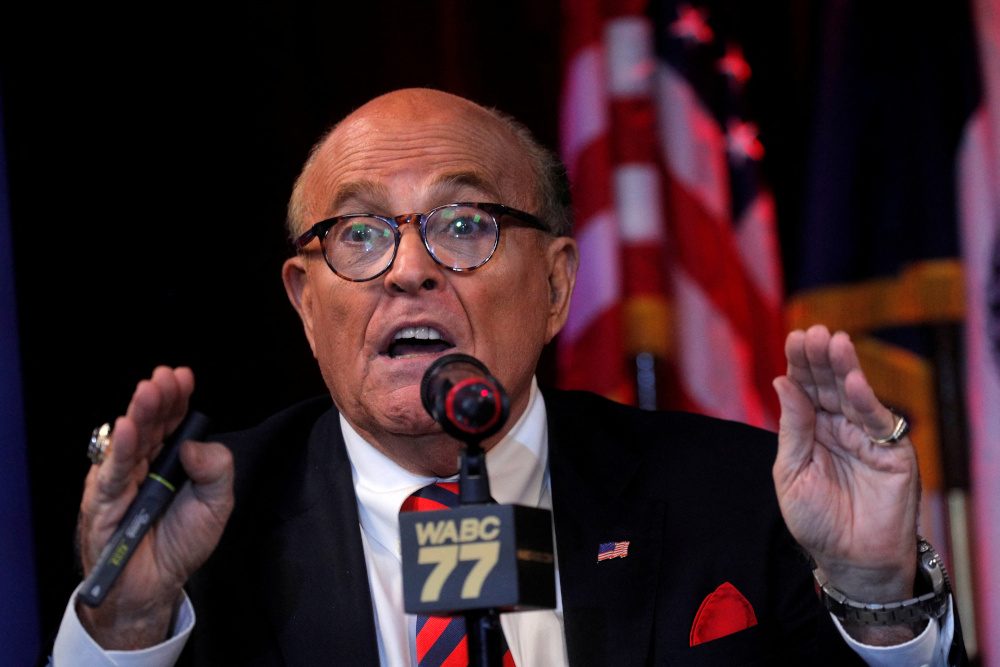 The House of Representatives committee demanded the pro-Trump lawyers hand over documents and sit for depositions on February 8.

Representative Bennie Thompson, the committee’s chairman, said in a statement that the panel expects the lawyers to join the nearly 400 witnesses who have spoken with the Select Committee as part of its investigation into the causes of the deadly attack by Trump supporters.

Robert Costello, a lawyer for Giuliani, said in an interview that the subpoena was “political theater” and that his client was constrained by the legal doctrines of attorney-client privilege and executive privilege.

“I don’t think there’s anything here he can testify about,” Costello said.

Powell, Epshteyn, and Ellis did not immediately respond to requests for comment.

“The four individuals we’ve subpoenaed today advanced unsupported theories about election fraud, pushed efforts to overturn the election results, or were in direct contact with the former president about attempts to stop the counting of electoral votes,” Thompson said in the statement.

Powell, Giuliani, and Ellis jointly spoke at a Trump campaign news conference on November 19, 2020, where they vowed to overturn President Joe Biden’s election victory. Powell promised to “release the Kraken,” likening their effort to a mythological sea monster.

The Trump campaign distanced itself from Powell after she claimed without evidence at the news conference that electronic voting systems had switched millions of ballots from Trump to Biden.

The committee is aiming to release an interim report in the summer and a final report in the fall, a source familiar with the investigation said last month.

CNN reported on Tuesday that the committee has subpoenaed and obtained records of phone numbers associated with one of Trump’s children, Eric Trump, as well as Kimberly Guilfoyle, who is engaged to Donald Trump Jr.

The Select Committee’s members have said they will consider passing along evidence of criminal conduct by Trump to the US Justice Department. Such a move, known as a criminal referral, would be largely symbolic but would increase the political pressure on Attorney General Merrick Garland to charge the former president. – Rappler.com