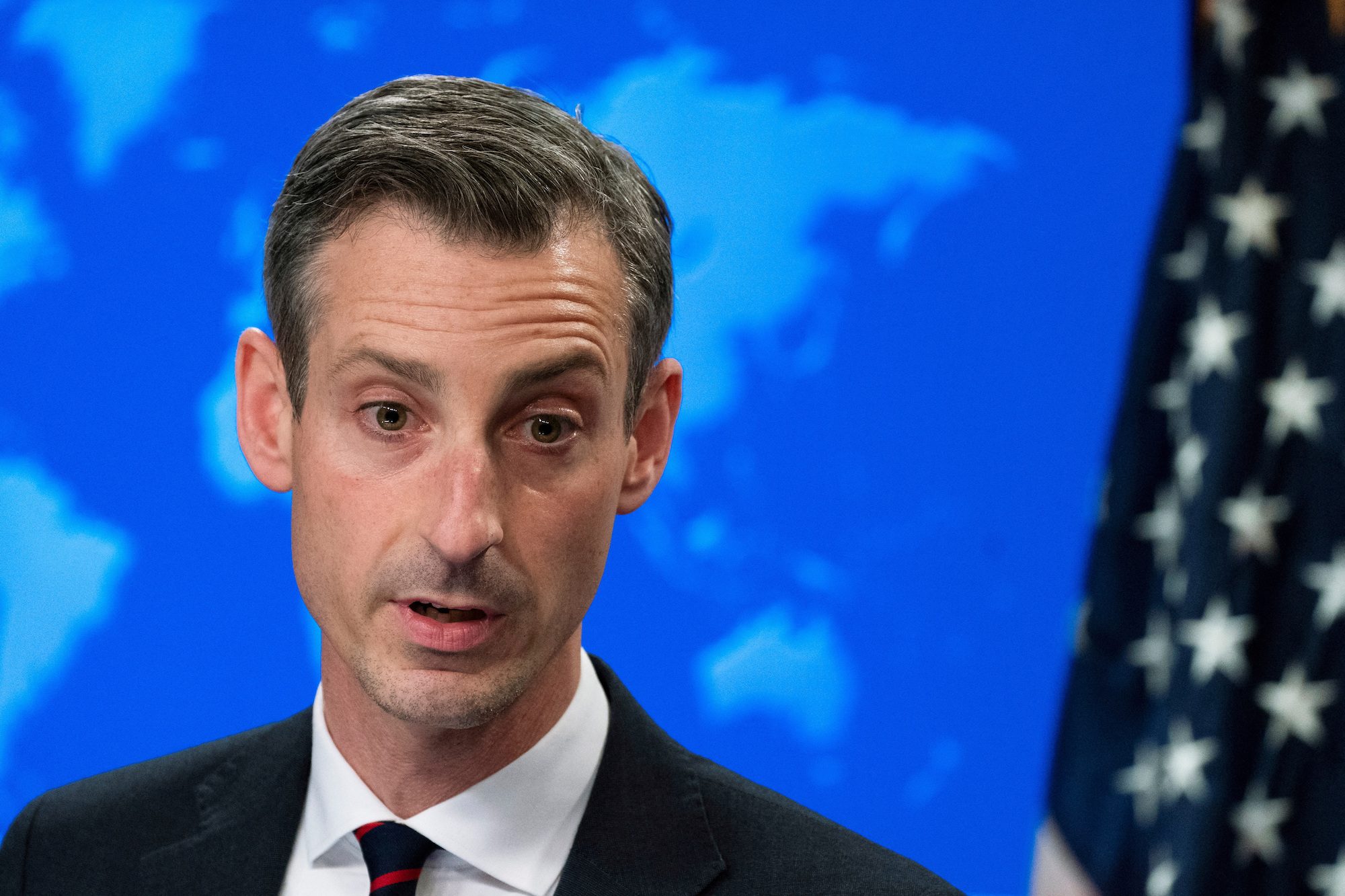 Facebook Twitter Copy URL
Copied
US State Department spokesperson Ned Price says Washington hopes for 'a constructive session,' but does not specify the date or location for the meeting

WASHINGTON DC, USA – The United States and Russia are expected to meet soon and discuss resuming inspections under the New START nuclear arms reduction treaty that have been paused since before Russia’s invasion of Ukraine, US State Department spokesperson Ned Price said on Tuesday, November 8.

Speaking at a daily press briefing, Price said the bilateral consultative commission (BCC), the mechanism for implementation of the last remaining arms control agreement between the world’s two largest nuclear powers, will meet “in the near future.”

Russia in August suspended cooperation with inspections under the treaty, blaming travel restrictions imposed by Washington and its allies over Moscow’s February invasion of Ukraine, but said it was still committed to complying with the provisions of the treaty.

“We’ve made clear to Russia that measures imposed as a result of Russia’s unprovoked war against Ukraine don’t prevent Russian inspectors from conducting New START Treaty inspections in the United States. So we hope that the meeting of the BCC will allow us to continue with those inspections,” Price said.

New START, which took effect in 2011, caps the number of strategic nuclear warheads that the United States and Russia can deploy, and the deployment of land- and submarine-based missiles and bombers to deliver them.

The BCC, which is meant to meet twice a year, last met in October 2021, shortly before Russia began moving forces to its border with Ukraine.

Price said Washington hoped for “a constructive session,” but did not specify the date or location for the meeting.

A person familiar with the matter who spoke on condition of anonymity said the BCC meetings were expected to be held in Cairo.

“We’re realistic about what dialogue between the United States and Russia …can entail and what it can accomplish,” Price said.

“We have focused on risk reduction in these conversations, but we’ve been very intentional about seeing to it that the ability of our two countries to pass messages back and forth and to engage in dialogue has not – does not – atrophy.”

Russian newspaper Kommersant said earlier on Tuesday the resumed talks may take place in the Middle East, adding that Moscow no longer saw Switzerland, the traditional venue, as sufficiently neutral after it imposed sanctions on Russia over Ukraine.

US national security adviser Jake Sullivan has engaged in confidential talks with senior Russian officials aimed at lowering the risk of a broader war over Ukraine, a source familiar with the conversations said on Monday. – Rappler.com