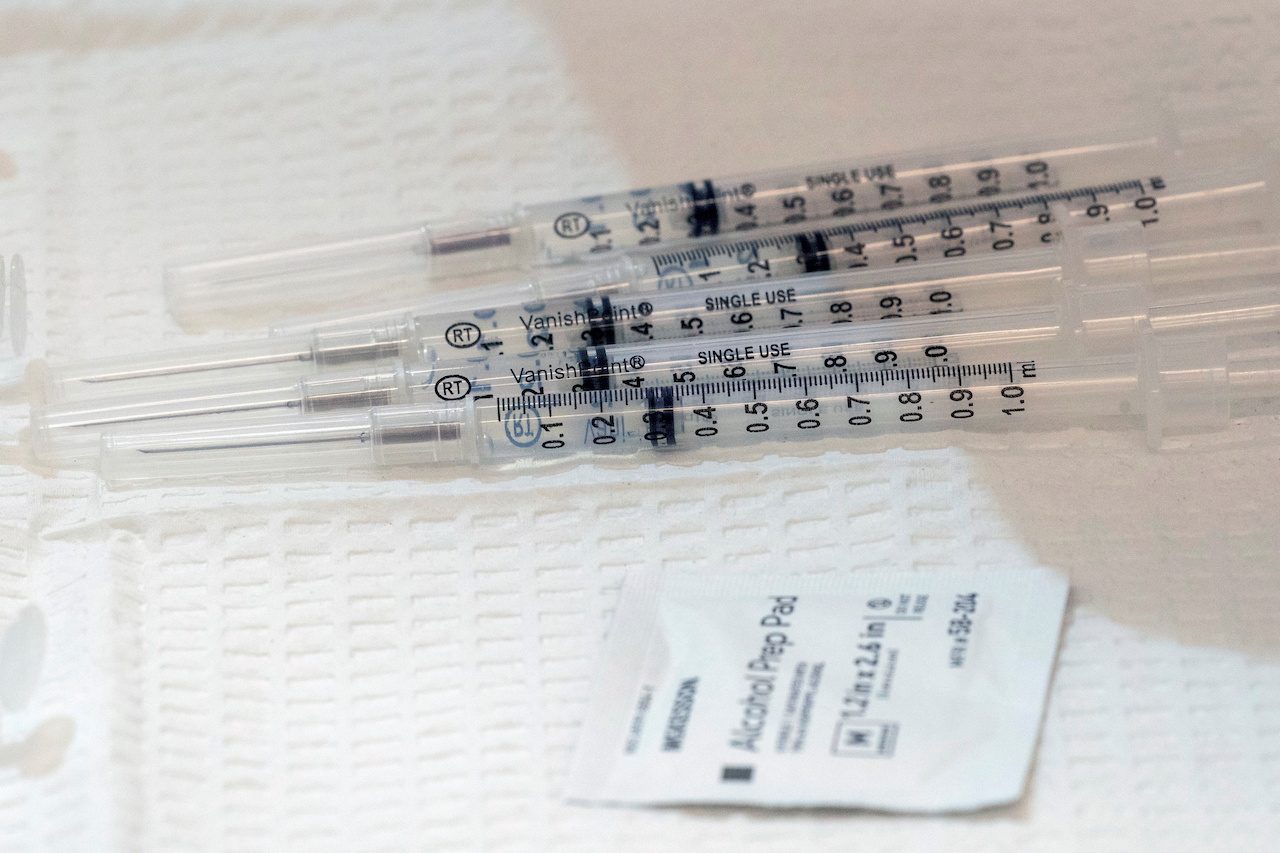 Facebook Twitter Copy URL
Copied
The vaccine made by Pfizer is shipped in vials initially indicated to hold 5 doses, but 6 doses can be drawn with low dead space syringes

Becton Dickinson and Co began scaling up syringe production months in advance of the vaccine rollout, before the US government or its partners knew that a niche type of syringe, known as low dead space, would be needed for getting more shots out of Pfizer’s vaccine vials, an executive told Reuters in an interview.

Becton Dickinson’s government contract includes only limited supply of the niche product, and a new factory that it is developing is focused on other types of syringes, the executive said.

The vaccine made by Pfizer and its German partner BioNTech , one of two authorized for US emergency use, is shipped in vials initially indicated to hold 5 doses. Six doses can be drawn with low dead space syringes, which minimize the amount of vaccine left in the syringe after use.

If healthcare providers can reliably extract the sixth dose it would allow supplies to be stretched 20% further and could be a financial boost for Pfizer, which is paid per dose.

The US government has begun giving healthcare providers new syringe kits to extract 6 shots from each vial. It said that 3 of the low dead space syringes in each six-needle kit would allow extraction, according to an email reviewed by Reuters. A CDC spokeswoman said the new kits would contain a “majority” of low dead space syringes. Syringe maker Becton Dickinson has contracted with the US government to provide 286 million syringes for use with COVID-19 vaccines, including around 40 million low dead space syringes, and is fully prepared to deliver on that agreement, said Troy Kirkpatrick, the company’s senior director of public relations.

Low dead space syringes are a niche product and Becton Dickinson had not discussed plans with the US government to substantially boost their output when they began preparing for the vaccine rollout last year, he said.

“We are ready to support the US government but we are trying to make sure everyone understands that those devices are not something we have infinite capacity to produce and bringing up new lines does take time,” Kirkpatrick said.

The Franklin Lakes, New Jersey-based company is the largest syringe and needle maker in the world, according to 360iResearch, and Kirkpatrick said it has boosted overall production capacity by about 1 billion syringes for 2021, with most of the capacity allocated.

A new production line for syringes will be functional by July but was not designed to produce additional low dead space syringes, he said. Kirkpatrick said Becton Dickinson is also discussing plans with the US government to deploy pre-filled syringes, which negate the need for vials and can help get more out of existing vaccine supplies.

The federal government has contracts with other manufacturers, and it was not immediately clear whether they could supply more of the specialty syringes.

The US Centers for Disease Control and Prevention (CDC), a federal organizer of the vaccination drive, told providers in an email reviewed by Reuters it has started giving healthcare providers packages including both types of needles.

“Every effort is being made to reconfigure the ancillary kits with syringes that enable the six-dose draw without impacting the availability or slowing the delivery of supplies to jurisdictions,” the email said.

President Joe Biden has described the vaccine rollout so far as a “dismal failure” and said he will use wartime powers to secure more supplies for the campaign, including low dead space syringes, but experts say that such efforts will still run up against production constraints.

Healthcare distributor McKesson Corp is responsible for assembling the accompanying kits of vaccination supplies, including syringes, that are paired with each tray of Pfizer vaccines. The supplies themselves are procured by the US government.

Moderna Inc, which makes the other vaccine authorized for use in the United States, says it puts 10 doses in each of its vials, but New York State public health officials have said providers can extract 11 doses. – Rappler.com