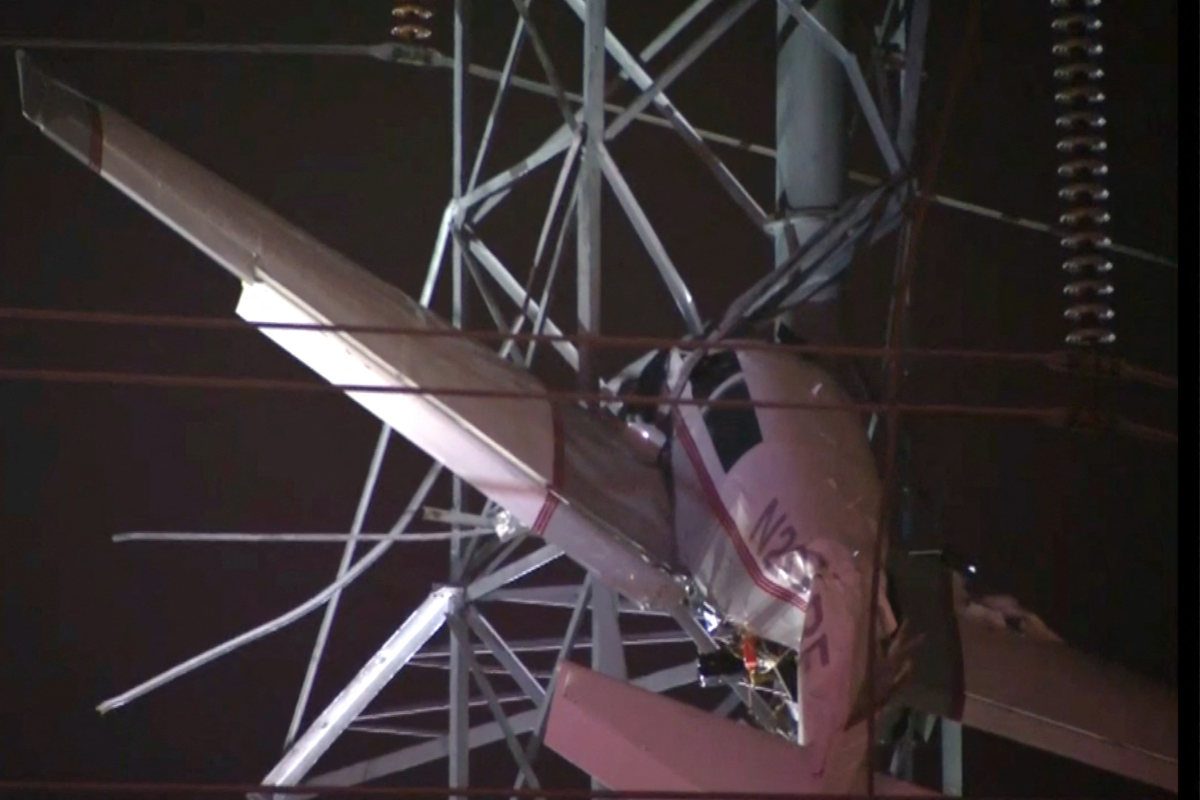 PLANE CRASH. A small airplane hangs about 100 feet (33 metres) above the ground after crashing into an electricity tower in Gaithersburg, Maryland, USA, on November 27, 2022 in a still image from video.

Facebook Twitter Copy URL
Copied
The aircraft, which crashed in misty and wet conditions in Montgomery Village, Maryland, is caught up in live power lines about 100 feet from the ground

A small plane crashed into high-voltage power lines about 30 miles north of Washington, DC, on Sunday, November 27, causing mass outages, with rescue services working into the night to rescue two people on board the aircraft still entangled in the cables.

The aircraft crashed about 5.30 pm (2230 GMT) in misty and wet conditions in Montgomery Village, Maryland, according to the Montgomery County Fire & Rescue Service. It became caught up in live power lines about 100 feet from the ground.

The impact caused power outages to over 120,000 customers, according to Pepco, the Washington-area utility company. Roads were also closed and many traffic lights in the area were out.

Fire officials said two people were alive but trapped inside the plane.

“There is no other way to determine if it’s safe to access the tower until it is grounded, which means crews have to go up to the wires themselves to put clamps and cables onto the wires” to ensure there is no static electricity or “stray” power, Goldstein told reporters.

Goldstein said the plane also needs to be secured to the electrical tower before the occupants can be removed. He said an “extraordinarily large crane” provided by a local company was on the scene, in addition to electrical tower specialists who will man large tower bucket trucks.

According to the FAA, the Mooney M20J aircraft was flying from Westchester, New York and had been due to land at Montgomery Airpark, close to the crash site. – Rappler.com