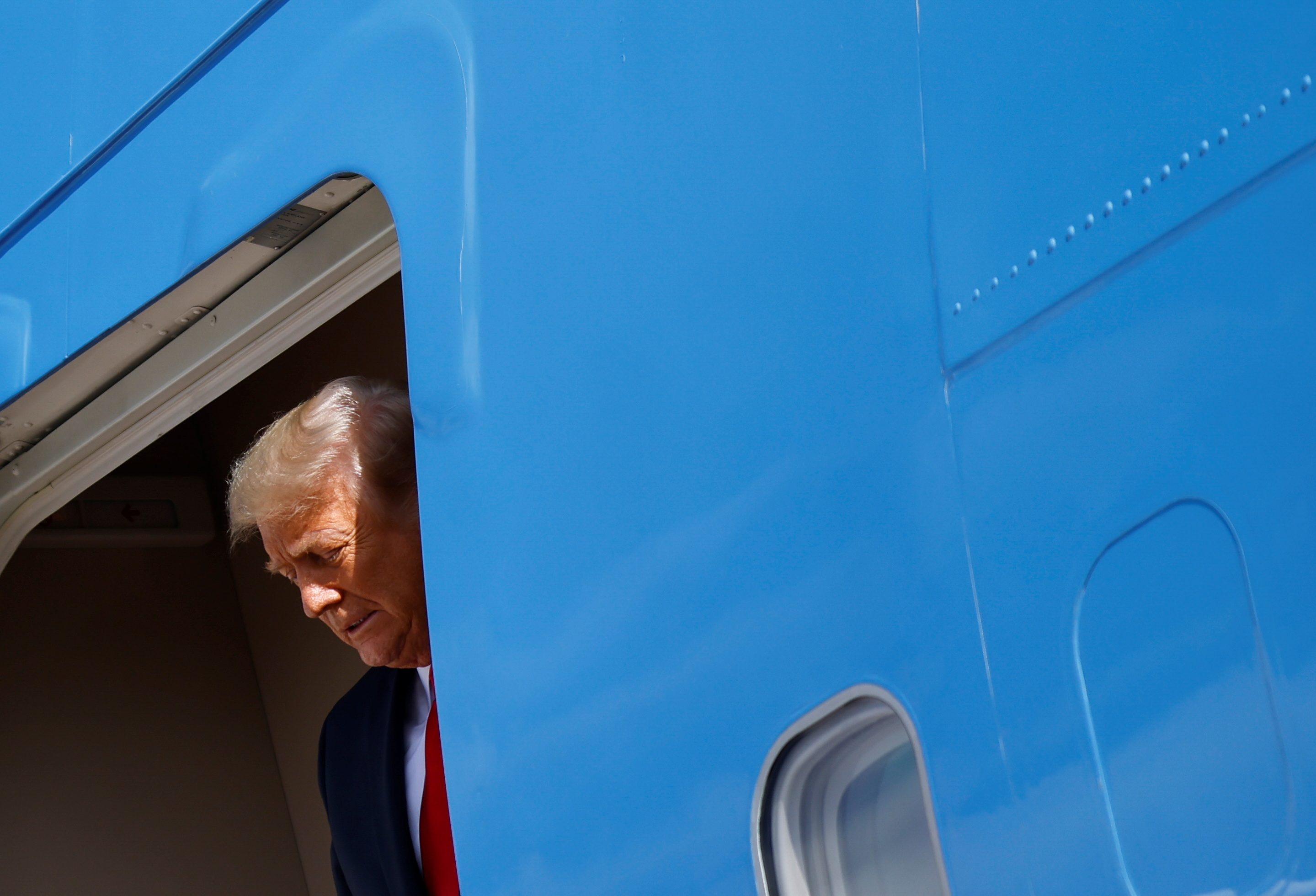 FLORIDA. US President Donald Trump disembarks a plane as he arrives at Palm Beach International Airport in West Palm Beach, Florida, US, January 20, 2021.

Facebook Twitter Copy URL
Copied
In 2009, Bowers represented then-Governor Mark Sanford in an ethics hearing over his use of a state aircraft for a secret five-day trip to Argentina to see a woman with whom he was having an extramarital affair

Former President Donald Trump has hired South Carolina-based lawyer Butch Bowers to represent him in his Senate impeachment trial over a charge that he incited insurrection, a source familiar with the matter said on Thursday, January 21.

Bowers did not immediately respond to a request for comment.

While relatively unknown on the national stage, Bowers has represented former Republican governors in South Carolina and served in the US Justice Department under Republican former President George W. Bush, according to his website.

In 2012, Bowers represented then-Governor Nikki Haley in an ethics hearing over allegations that she engaged in illegal lobbying while she was a state representative. Haley was cleared of wrongdoing.

In 2009, Bowers represented then-Governor Mark Sanford in an ethics hearing over his use of a state aircraft for a secret five-day trip to Argentina to see a woman with whom he was having an extramarital affair. Sanford agreed to pay $74,000 to settle charges that his personal travel and campaign spending violated state ethics laws, but he continued to deny wrongdoing.

Bowers, a graduate of Tulane University’s law school, has his own law firm and is associated with the Miller Law Group. Bowers said on that firm’s website that he enjoyed “bird hunting” and “good bourbon.”

Bakari Sellers, a former South Carolina politician and a Democrat, said on Twitter that Bowers is a “very good” lawyer.

Trump’s trial is likely to begin sometime around mid-February in order to give Bowers time to prepare, Republican Senator Mike Braun told reporters on Thursday.

Impeachment or the 14th Amendment: Can Trump be barred from future office? The Democratic-led House of Representatives on January 13 made Trump the first US president to be impeached twice, charging him with inciting an insurrection, focused on an incendiary speech he delivered to thousands of supporters on January 6 shortly before a pro-Trump mob rampaged through the US Capitol.

The rioters disrupted the formal certification of Democrat Joe Biden’s victory over Trump in the November 3 election, sent lawmakers into hiding and left 5 people dead, including a police officer. Trump has falsely claimed the election was stolen from him as a result of widespread fraud.

Trump appears to have had a difficult time retaining counsel for his impeachment defense.

Earlier this month, Rudy Giuliani was poised to help defend the president, people familiar with the matter said.

But in recent days, Giuliani said he would not do so, citing his participation in the rally shortly before the attack on the Capitol. Giuliani led the legal team that tried unsuccessfully to overturn Trump’s election defeat. The often chaotic effort further battered the former New York City mayor’s reputation.

John Eastman, an academic who represented Trump in his election challenges at the US Supreme Court last month, was said to be under consideration. He said this week he was unlikely to defend Trump, citing his participation in the same rally.

Eastman, who told Reuters last week he was open to representing Trump, said he was constrained by the bar code of the District of Columbia.

“A lawyer shouldn’t be an advocate in a case in which he is a witness,” he said this week.

Former White House counsel Pat Cipollone and Trump personal lawyer Jay Sekulow, who helped lead the defense in the first impeachment trial in early 2020, were not expected to be involved, according to people familiar with the situation.

Trump was previously impeached by the House in late 2019 on a charge of abusing his power by asking Ukraine’s government to announce investigations to discredit Biden. The then Republican-controlled Senate acquitted him. – Rappler.com