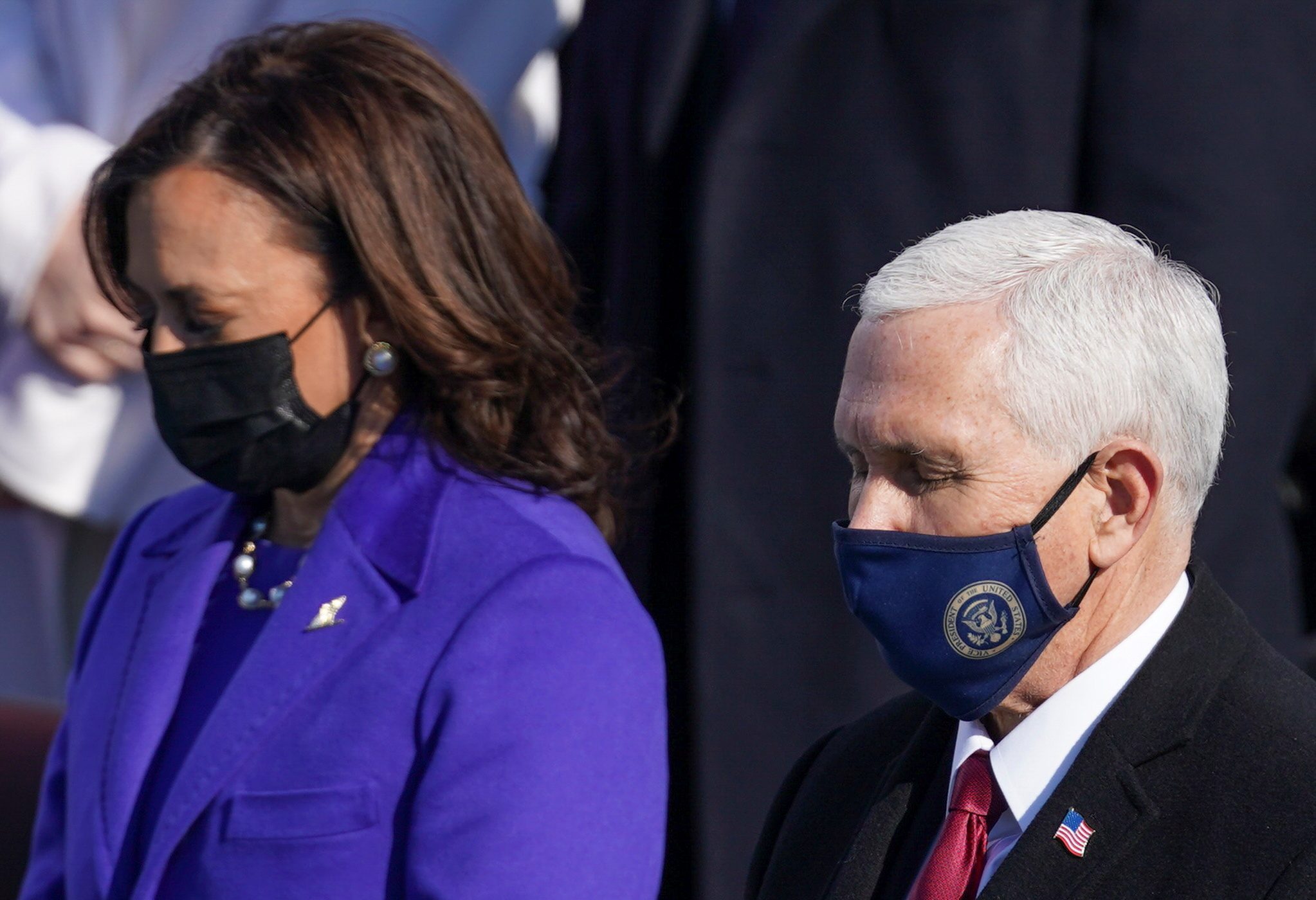 Facebook Twitter Copy URL
Copied
Outgoing US Vice President Mike Pence applauds the next vice president, Kamala Harris, as she arrives at the US Capitol

Outgoing US Vice President Mike Pence and his wife Karen attended the inauguration of new President Joe Biden on Wednesday, January 20, after skipping both a farewell ceremony for Donald Trump and the usual protocol of welcoming his successor to his home at the Naval Observatory.

Pence, whom some of Trump’s supporters during the deadly January 6 assault on the US Capitol had threatened to hang for refusing to try to overturn Biden’s Electoral College win in Congress, applauded the next vice president, Kamala Harris, as she arrived at the US Capitol. Trump skipped the inauguration.

Pence, the Republican former Indiana governor, and his wife on Wednesday will fly home to Columbus, Indiana, where they will be greeted by a group of supporters and friends, according to a source familiar with the plans. The couple plans to move back to Indiana later this year.

Pence was a loyal lieutenant throughout Trump’s four-year term. But he found himself shunned by the outgoing president for days for not supporting his quest to overturn Biden’s victory based on false claims of widespread voting fraud and irregularities, although the two men sought to repair their ties before leaving office.

The father of a Marine Corps F-35 pilot, Pence and his wife thanked troops for their service during a final visit to US troops at military bases in California and New York over the weekend. Pence also met with National Guard troops guarding the Capitol, vowing to ensure a safe transition of power.

Anita McBride, who served as chief of staff to former first lady Laura Bush, said Trump’s refusal to participate in Biden’s inauguration was a “sad break with tradition” that would leave Trump and his family – and his supporters – without closure.

McBride praised Pence for his actions in recent weeks.

“He did what was right for the country despite intense pressure, and he did not buckle,” McBride told Reuters.

Pence, who certified Biden and Harris’s electoral win in Congress last week after Trump supporters stormed the Capitol in attempt to stop the process, has not publicly spoken directly about the siege or the subsequent impeachment of Trump by the US House of Representatives for inciting an insurrection.

But on Sunday, January 17, in his final speech as vice president, Pence praised the resilience of the American people, adding, “I have faith that the day will come where we put these challenging times behind us.” – Rappler.com