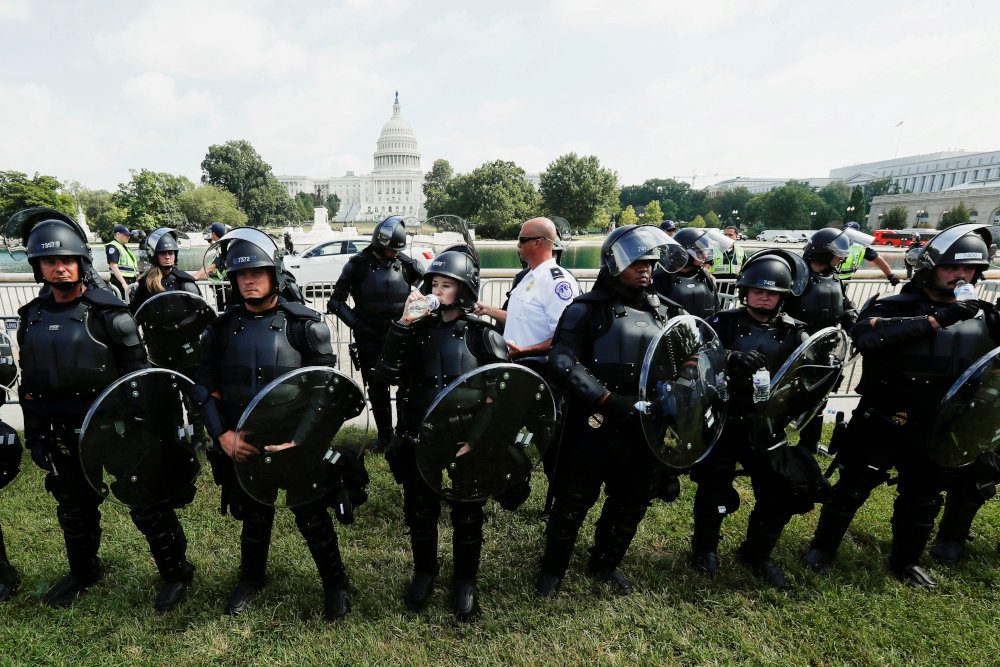 US CAPITOL RIOT POLICE. US Capitol riot police officers stand guard during a rally in support of defendants being prosecuted in the January 6 attack on the Capitol, in Washington, DC, USA, on September 18, 2021.

WASHINGTON, DC, USA – The US House of Representatives committee investigating the January 6, 2021, Capitol attack by Donald Trump’s supporters requested interviews with three Republican lawmakers, saying they have information about the planning of events that day.

In a press release on Monday, May 2, the January 6 Select Committee said it was seeking voluntary cooperation from three House Republicans: Representatives Andy Biggs, Mo Brooks, and Ronny Jackson.

Brooks and Biggs also said in statements they would not cooperate with the probe.

Jackson, who was White House doctor when Trump served as president, said in a statement that he would not cooperate with the committee’s investigation, calling it a “ruthless crusade” against Trump and his allies.

“Their attempt to drag out a manufactured narrative illustrates why the American people are sick of the media and this partisan Committee’s use of January 6 as a political tool against conservatives they do not like,” Jackson said.

Representatives Benny Thompson and Liz Cheney, who lead the Select Committee, said in a statement that their colleagues have a patriotic duty to cooperate with the investigation.

“The Select Committee has learned that several of our colleagues have information relevant to our investigation into the facts, circumstances, and causes of January 6th,” Thompson and Cheney said.

“As we work to provide answers to the American people about that day, we consider it a patriotic duty for all witnesses to cooperate.”

Earlier this year, House Minority Leader Kevin McCarthy, a Republican, rejected demands by the committee for testimony, saying it does not serve “any legislative purpose.”

Brooks, an Alabama Republican, had a falling out with Trump in March after Trump accused him of not doing enough to overturn the results of the 2020 presidential election.

After Trump withdrew his endorsement of Brooks’ struggling campaign, Brooks issued a statement in March accusing Trump of making unconstitutional demands to rescind the 2020 election results.

“As a lawyer, I’ve repeatedly advised President Trump that January 6 was the final election contest verdict,” he added.

In late March, a US judge ruled that Trump “more likely than not” committed a felony by trying to pressure his vice president to obstruct Congress and overturn his election defeat on January 6, 2021. – Rappler.com