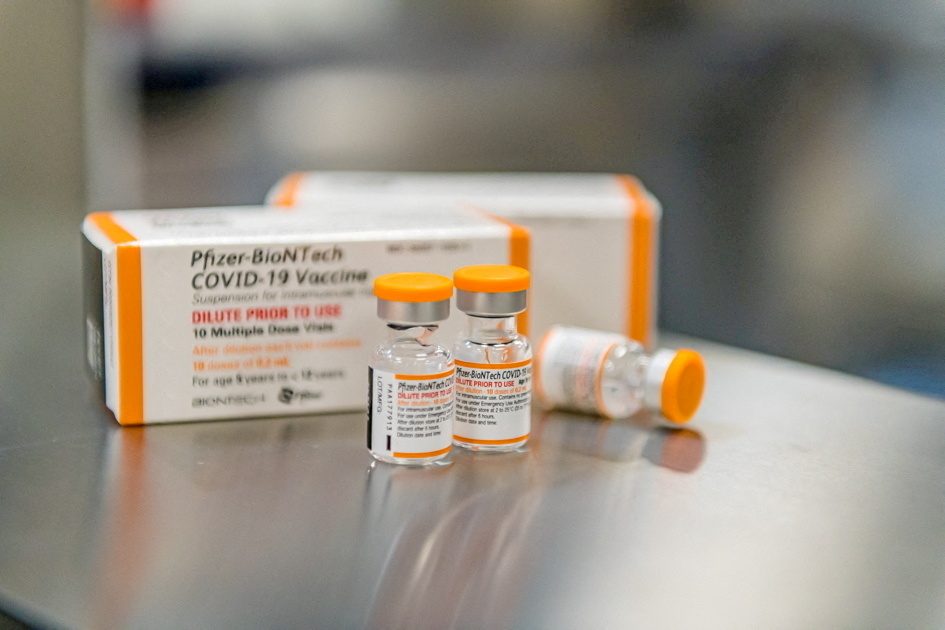 US regulators are considering the first COVID-19 vaccine for children under the age of 5, the only age group not yet eligible for the shots, after Pfizer Inc and BioNTech SE began the regulatory approval process on Tuesday, February 1.

A decision is expected as soon as this month.

The companies said they began submitting data for an emergency use authorization even though they did not meet a key target in their clinical trial of 2- to 4- year olds. They are submitting the data at the request of the US Food and Drug Administration in order to address an urgent public health need in the age group, they said.

The arrival of a vaccine for younger children could help harried parents who have had to contend with quarantines and closures of pre-schools and daycare centers.

“Having a safe and effective vaccine available for children in this age group is a priority,” acting FDA Commissioner Janet Woodcock said. She said the agency asked for the application because of the recent Omicron surge.

The FDA said an outside committee of expert advisers would meet on February 15 to discuss the authorization. If that goes forward, the US Center for Disease Control and Prevention also needs to sign off on how the vaccinations will be implemented, following a meeting of its own advisers. Those meetings have tended to follow within a week or so of FDA decisions.

The drug companies said they are asking the FDA for authorization of the first two doses of a planned three-dose regimen.

“If two doses are authorized, parents will have the opportunity to begin a COVID-19 vaccination series for their children while awaiting potential authorization of a third dose,” Pfizer Chief Executive Albert Bourla said.

He said the company believes three doses of the vaccine will be needed “to achieve high levels of protection against current and potential future variants.”

The companies expect to complete submitting data to the FDA in the coming days, with data on the third dose to follow.

Pfizer and BioNTech are testing a 3-microgram dose of the vaccine in the age group, compared with a 10-microgram dose in 5- to 11-year-olds and 30 micrograms for people aged 12 and older.

The companies said they expect to have ample supply of the 3-microgram shots should the FDA authorize the vaccine.

The move could speed up the inoculation timeline for this age group by months. If a third dose is eventually authorized, many children could already have begun the regimen. Pfizer is currently testing two doses three weeks apart, followed by a third dose at least eight weeks later.

John Grabenstein, former executive director of medical affairs for vaccines at Merck, said he believes regulators should consider the vaccine as a two-dose course, rather than as the first two doses of a planned three dose regimen.

“I cannot think of any example ever where the FDA reached a regulatory decision without knowing the data from the end of the trial,” Grabenstein said. “I just can’t believe that they would authorize getting started without knowing what the third dose would do.”

But John Moore, a professor of microbiology and immunology at Weill Cornell Medical College, said the plan “sounds like a creative solution to a real problem, and there’s no safety implications, which would otherwise be a dealbreaker.”

The vaccine is already approved for emergency use in children in the United States as young as 5. It has full approval for adults.

The FDA also has authorized a third booster dose of the Pfizer/BioNTech shot for adults and children aged 12 and older. It gave the green light for a two-dose vaccine for children ages 5 to 11.

It remains unclear how many parents will choose to vaccinate their younger children.

Vaccinating children has been slow in the United States with only around 22% of 5- to 11 year-olds having received two shots since the campaign to inoculate that age group began in November. – Rappler.com