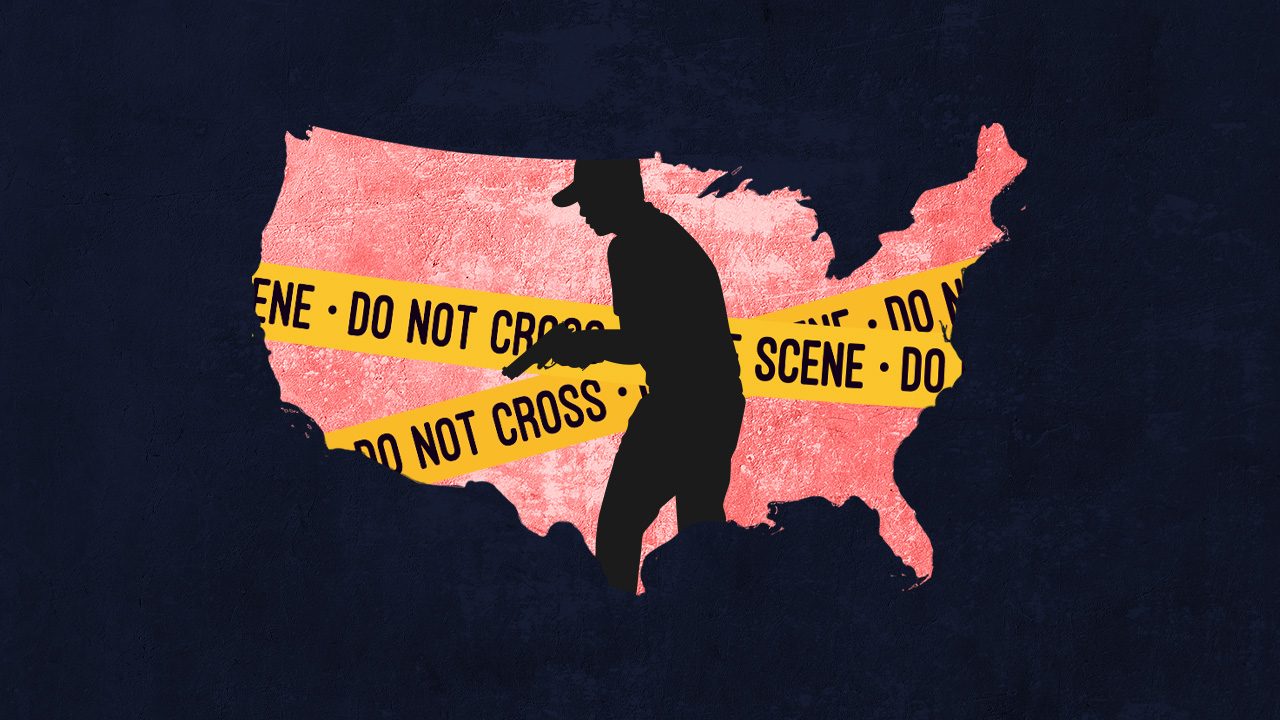 Facebook Twitter Copy URL
Copied
The 2021 total, spread over 30 states, is 52% higher than 2020 and about double each of the three previous years, according to the FBI

The United States experienced 61 “active shooter” incidents last year, up sharply in the sheer number of attacks, casualties and geographic distribution from 2021 and the highest tally in over 20 years, the FBI reported on Monday, May 23.

The 2021 total, spread over 30 states, was 52% higher than 2020 and about double each of the three previous years, according to the FBI. The agency defines an active shooter as someone engaged in killing or attempting to kill people in a public space in seemingly random fashion.

Commercial businesses accounted for just over half of all such incidents last year, which also was notable for an emerging trend of “roving active shooters” opening fire in multiple locations, as was the case with a gunman who attacked several Atlanta-area day spas, the FBI said.

Last year’s active-shooter carnage left 103 people dead and 140 wounded, the report said. By contrast, the FBI counted 40 active-shooter attacks in 19 states that killed 38 people and wounded 126 in 2020, a year that coincided with the height of restrictions on social and economic life due to the coronavirus pandemic.

Comparisons with recent years are heavily skewed by data from 2017, the year a gunman opened fire on an outdoor music festival in Las Vegas from a high-rise hotel window, killing 56 people and wounding hundreds more in a single incident.

The Las Vegas attack alone helped push 2017’s annual casualty toll – 143 killed and 591 wounded – to record highs even though there were only 31 active shooting incidents that year, about half the number in 2021.

As high as last year’s death toll was, it ranks as only the seventh deadliest year in active shooting incidents dating back to 2000, the first year for which FBI figures are available. Still, it marks the biggest number of such attacks on record, exceeding only the 40 recorded in 2020.

California, despite having some of the nation’s toughest gun laws, accounted for more active shooter incidents than any other state last year, six out of 61, followed by Texas and Georgia with five each, according to the report.

The single deadliest incident of 2021 was the mass shooting at the Kings Soopers Grocery Store in Boulder, Colorado, in which 10 victims perished. Eight were killed and seven wounded at a FedEx facility in Indianapolis.

The FBI noted that its active shooter report does not encompass all gun violence or even all mass shootings, which the government defines as at least killings in a single incident.

Excluded from the data were gang- or drug-related acts of violence, incidents defined strictly as domestic disputes, isolated hostage situations or crossfire from other criminal acts, the FBI said. – Rappler.com