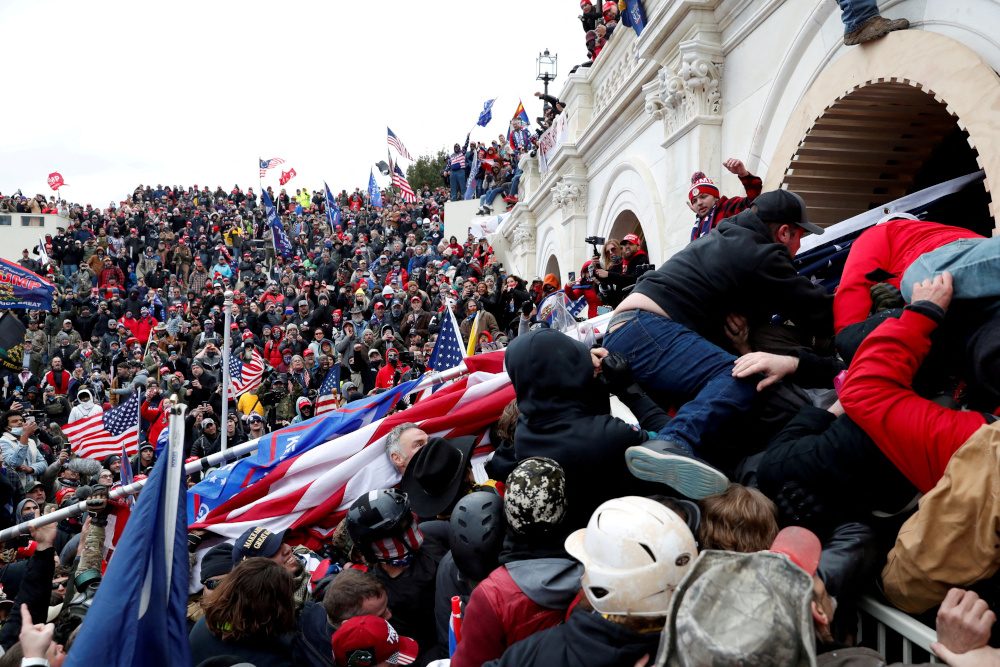 Facebook Twitter Copy URL
Copied
The defendant, Nicholas Languerand, has been jailed since his arrest in April in South Carolina and will receive credit for time served

WASHINGTON, DC, USA – A US judge imposed a 44-month prison sentence on a man who pleaded guilty to a felony charge after throwing objects at police during last year’s attack on the US Capitol and boasting about his actions on social media.

The defendant, Nicholas Languerand, has been jailed since his arrest in April in South Carolina and will receive credit for time served.

Prosecutors had recommended a 51-month sentence, but U.S. District Judge John Bates in Washington said a “modest reduction” was warranted in light of Languerand’s personal circumstances, including what the judge described as a “extremely difficult and chaotic upbringing.”

When Languerand was a child, his father intentionally set fire to a trailer Languerand and his mother were living in, nearly killing them, Languerand’s grandfather told the judge during the sentencing hearing.

Languerand pleaded guilty in November to a single charge of assaulting law enforcement with a dangerous weapon. Authorities said he hurled objects, including an orange traffic barrier, at police and took an officer’s riot shield on Jan. 6, 2021. He was 26 at the time he entered the guilty plea.

Languerand bragged about the attack on social media in the preceding days, vowing that “next time we come back with rifles.”

His defense lawyer proposed a one-year sentence with credit for time served in custody, saying Languerand has demonstrated a willingness to hold down a job and follow the law, despite trauma and hardship.

The attack was carried out by a mob of Republican then-President Donald Trump’s supporters in a failed effort to prevent Congress from certifying Democrat Joe Biden’s 2020 election victory over Trump.

More than 725 people have been charged, with about 200 pleading guilty to a variety of federal charges. The longest sentence imposed thus far was five years and one month in prison for a Florida man last month for assaulting police officers.

About 140 police officers were assaulted during the riot, according to the Justice Department. – Rappler.com