US officials travel to Venezuela, a Russian ally, for talks 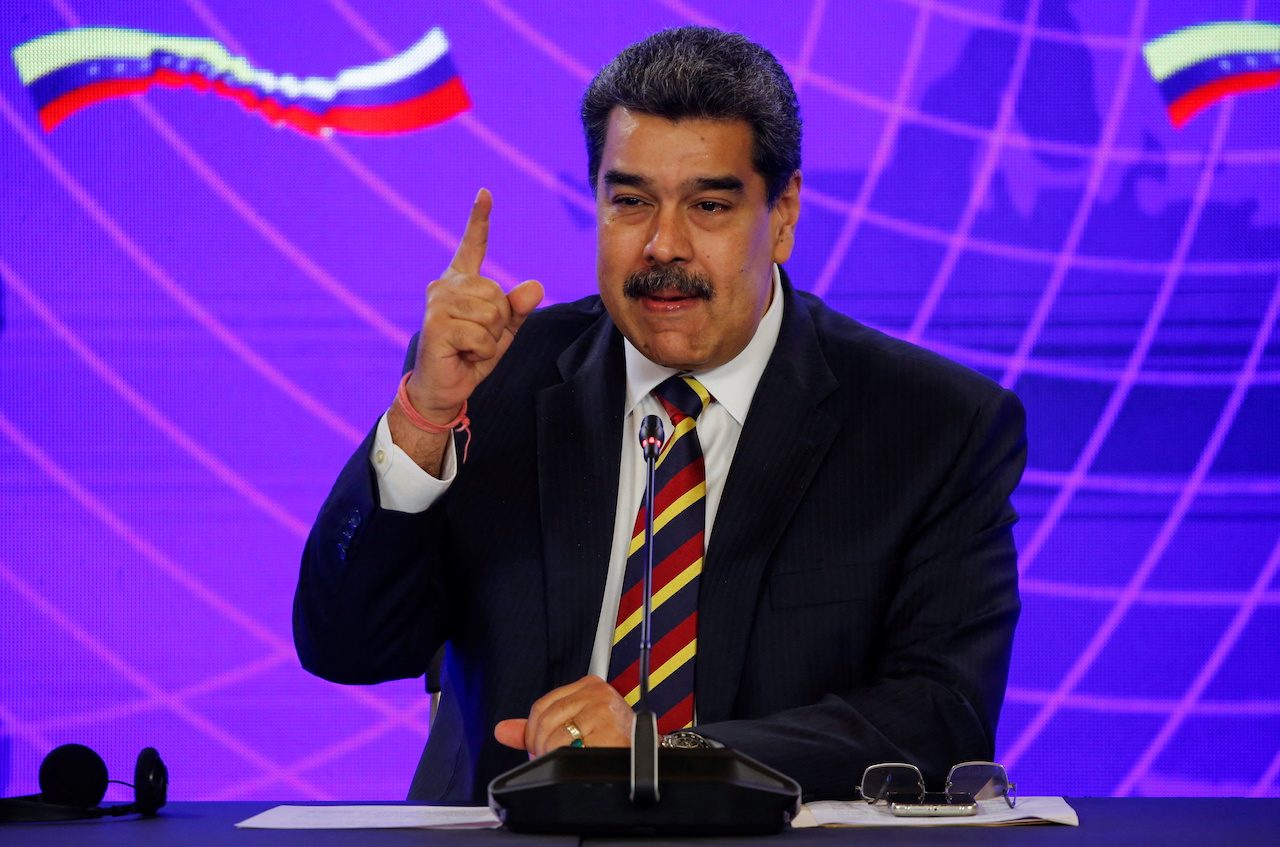 RUSSIA ALLY.. Venezuela's President Nicolas Maduro speaks beside Russian Deputy Prime Minister Yury Borisov (not pictured)u00a0after the signing of documents during a bilateral agreement at the Miraflores Palace during his visit to Caracas, Venezuela, February 16, 2022.

Facebook Twitter Copy URL
Copied
The trip, the highest-level US visit to Venezuela in years, comes as part of a US effort to isolate Russian President Vladimir Putin

WASHINGTON DC, USA – Senior US officials traveled to Venezuela on Saturday, March 5, for talks with President Nicolas Maduro’s government, seeking to determine whether Caracas is prepared to distance itself from close ally Russia amid its invasion of Ukraine, according to a person familiar with the matter.

The trip, the highest-level US visit to Venezuela in years, came as part of a US effort to isolate Russian President Vladimir Putin. Some analysts also see US-sanctioned Venezuela as a potential alternate source of oil supplies should Washington attempt to restrict Moscow’s energy shipments.

US and Venezuelan officials held a round of talks on Saturday but reached no agreement, the source told Reuters on condition of anonymity. It was unclear whether a further meeting would be held.

The visit, which involved senior White House and State Department officials, was first reported by the New York Times.

The White House and State Department did not immediately respond to a request for comment.

The US government has largely shunned direct contacts with Maduro’s socialist government in recent years.

The two countries broke off diplomatic relations in 2019 amid a campaign of US sanctions and diplomatic pressure aimed at ousting Maduro, a longtime Putin ally.

The administration of former US President Donald Trump and dozens of other countries deemed Maduro’s 2018 re-election a sham and instead recognized opposition leader Juan Guaido as the country’s legitimate president.

But Maduro has retained power with the backing of country’s OPEC member’s military as well as Russia, China, Cuba and Iran.

President Joe Biden’s administration has insisted it will not lift sanctions, including on Venezuela’s vital oil sector, unless Maduro takes concrete steps toward holding free elections.

While Venezuela’s oil exports have taken a major hit, Russian oil companies and banks have played a key role in helping Maduro and state-run oil company PDVSA evade US sanctions and continue shipments.

The United States and its allies have come under growing pressure to further punish Russia for its military onslaught against Ukraine by sanctioning Russia’s oil and gas exports, and the White House has said all options remain on the table.

Some commentators have suggested that easing sanctions on Venezuela could provide an alternate source of global energy supplies, thought critics say Maduro should not be allowed to benefit without changing his behavior.

Venezuela on February 25 blamed the United States and NATO for the crisis in Ukraine, though it expressed “worry over the worsening of the crisis” there. Cuba and Nicaragua have also defended Putin’s stance on Ukraine.

In a March 1 phone call, Putin and Maduro discussed the situation in Ukraine and talked about increasing a strategic partnership between Russia and Venezuela, the Interfax news agency reported, citing the Kremlin. – Rappler.com