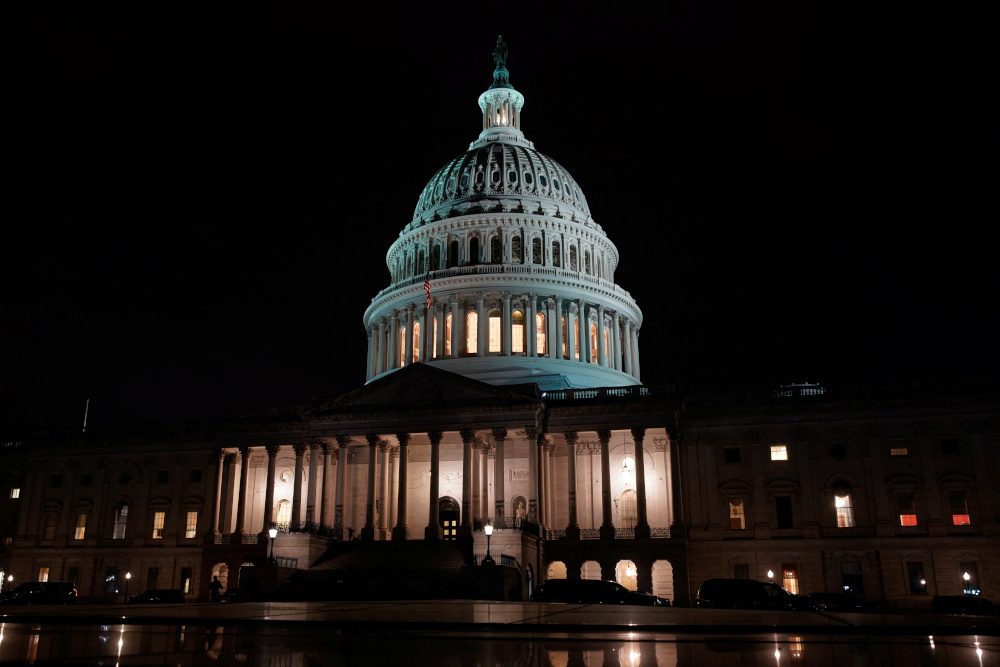 CAPITOL AT NIGHT. The US Capitol dome is seen at night as the Senate continues debate of voting rights legislation in Washington, DC, USA, January 19, 2022.

WASHINGTON, DC, USA – President Joe Biden and congressional Democrats suffered twin legislative defeats late on Wednesday in their push to toughen voting rights protections in the run-up to this November’s mid-term elections that will determine control of Congress in 2023.

They used the decades old “filibuster” rule to sink the legislation, which required the cooperation of at least 60 of the Senate’s 100 members to keep it alive. The Senate currently is split 50-50.

In lightning speed, Senate Majority Leader Chuck Schumer, a Democrat, then moved to revamp the filibuster rule by lowering the 60-vote threshold to 50. This time, it was not Republicans, but Schumer’s own Democrats – conservatives Joe Manchin and Kyrsten Sinema – who voted against the rules change.

With their yearlong initiative stymied even after Republican-controlled states enacted bills that experts said were designed to suppress voting in federal elections, especially among Black, Hispanic and poor voters, the focus turned to a nascent bipartisan effort to pass far more limited election reforms.