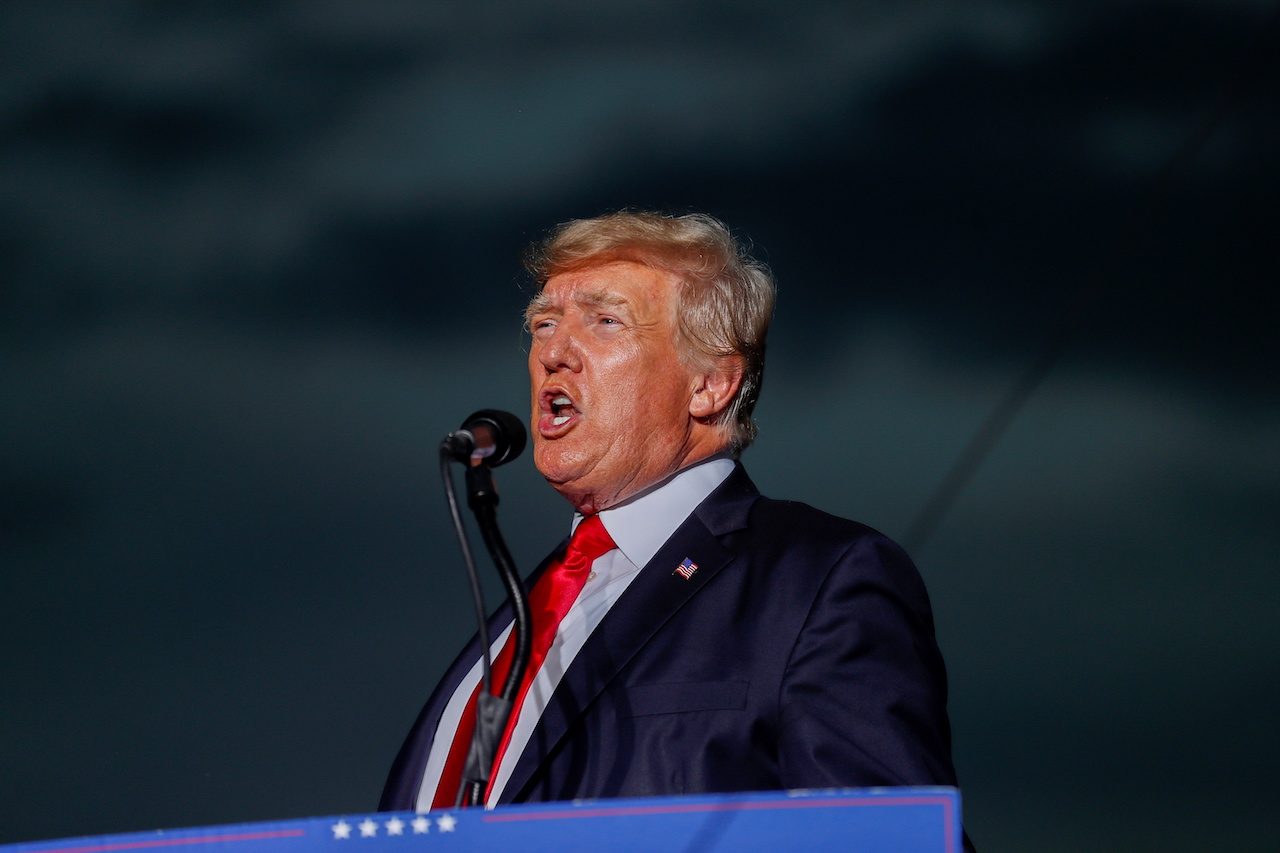 DONALD TRUMP. Former President Donald Trump speaks to his supporters during the Save America Rally at the Sarasota Fairgrounds in Sarasota, Florida, USA, on July 3, 2021.

Facebook Twitter Copy URL
Copied
The decision means the documents, held by a federal agency that stores government and historical records, can be disclosed even as litigation over the matter continues in lower courts

WASHINGTON, DC, USA – The US Supreme Court on Wednesday, January 19, rejected former President Donald Trump’s request to block the release of White House records sought by the Democratic-led congressional panel investigating last year’s deadly attack on the Capitol by a mob of his supporters.

The decision means the documents, held by a federal agency that stores government and historical records, can be disclosed even as litigation over the matter continues in lower courts.

Only one of the court’s nine members, conservative Justice Clarence Thomas, publicly noted disagreement with the decision.

Trump’s request to the justices came after the US Court of Appeals for the District of Columbia Circuit on December 9 ruled that the businessman-turned-politician had no basis to challenge President Joe Biden’s decision to allow the records to be handed over to the House of Representatives select committee.

Any delay by the court in allowing the disclosure could have imperiled the panel’s chances of obtaining the records. The committee aims to finish its work before the November congressional elections in which Trump’s fellow Republicans are seeking to regain House control. Republicans opposed the panel’s creation and could shut down the inquiry if they win a majority in the chamber.

Trump and his allies have waged an ongoing legal battle with the committee seeking to block access to documents and witnesses. Trump has sought to invoke a legal principle known as executive privilege, which protects the confidentially of some internal White House communications, a stance rejected by lower courts.

The brief Supreme Court order noted that the weighty question of whether a former president can assert an executive privilege claim did not need to be answered to resolve the case.

“Because the court of appeals concluded that President Trump’s claims would have failed even if he were the incumbent, his status as a former president necessarily made no difference to the court’s decision,” the unsigned order said. – Rappler.com