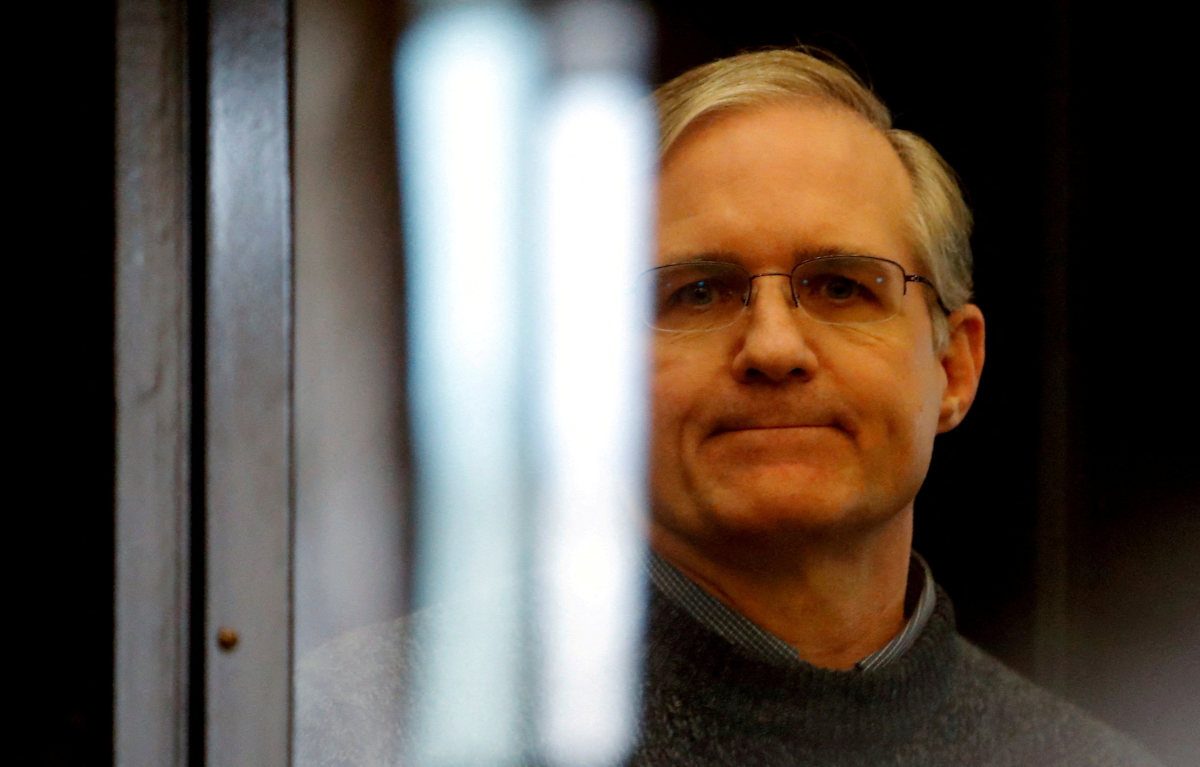 PAUL WHELAN. Former US Marine Paul Whelan stands inside a defendants' cage during his verdict hearing in Moscow, Russia on June 15, 2020.

Facebook Twitter Copy URL
Copied
'We're working hard. We're coming up with different ways to do this. We will not fail this mission,' hostage affairs envoy Roger Carstens says

WASHINGTON, DC, USA – Biden administration officials will meet early Monday, December 12, to discuss next steps in securing the release of former US Marine Paul Whelan, who was jailed in Russia in 2020 on spying charges, President Joe Biden’s top hostage negotiator said on Sunday.

Hostage affairs envoy Roger Carstens told MSNBC that the president and Secretary of State Antony Blinken were personally focused on the effort to free Whelan. He told CNN the administration could soon roll out fresh sanctions under a presidential executive order signed last summer.

Biden on Thursday announced a prisoner swap involving American basketball star Brittney Griner, but was unable to secure the release of Whelan. Biden said Russia was treating Whelan’s case differently, but vowed never to give up.

“We’re working hard. We’re coming up with different ways to do this. We will not fail this mission,” Carstens told MSNBC.

In a separate interview on CNN’s ‘State of the Union’, Carstens said the administration could soon use new powers included in a executive order signed by Biden this summer that authorized sanctions and visa bans against people responsible for wrongfully detaining American citizens.

“We’re working on target packages right now. It’s something that we discuss all the time. And it’s not going to be too long before you see something rolled out,” he told CNN.

Whelan’s brother David said he was aware of the meeting but not its agenda or scope.

“It’s great that the White House is not letting any grass grow under their feet,” he told Reuters. “Given that it is coming just days after an exchange with Russia, it would seem unfair to set any expectations or pressure on first steps to recalibrate on bringing Paul home.”

The White House had no comment on Monday’s meeting or the possible rollout of new sanctions.

Asked what realistic options the U.S. government had to bring Whelan home, Carstens told CNN: “I would love to tell you about it, because, to me, they’re very exciting and interesting. But … in these negotiations, because they’re ongoing, we usually have to keep our cards close to our chest.”

Carstens told CNN he spoke with Whelan on Friday, the day after the Griner swap, and told him: “Paul, you have the commitment of this president … Keep the faith. We’re coming to get you.” – Rappler.com