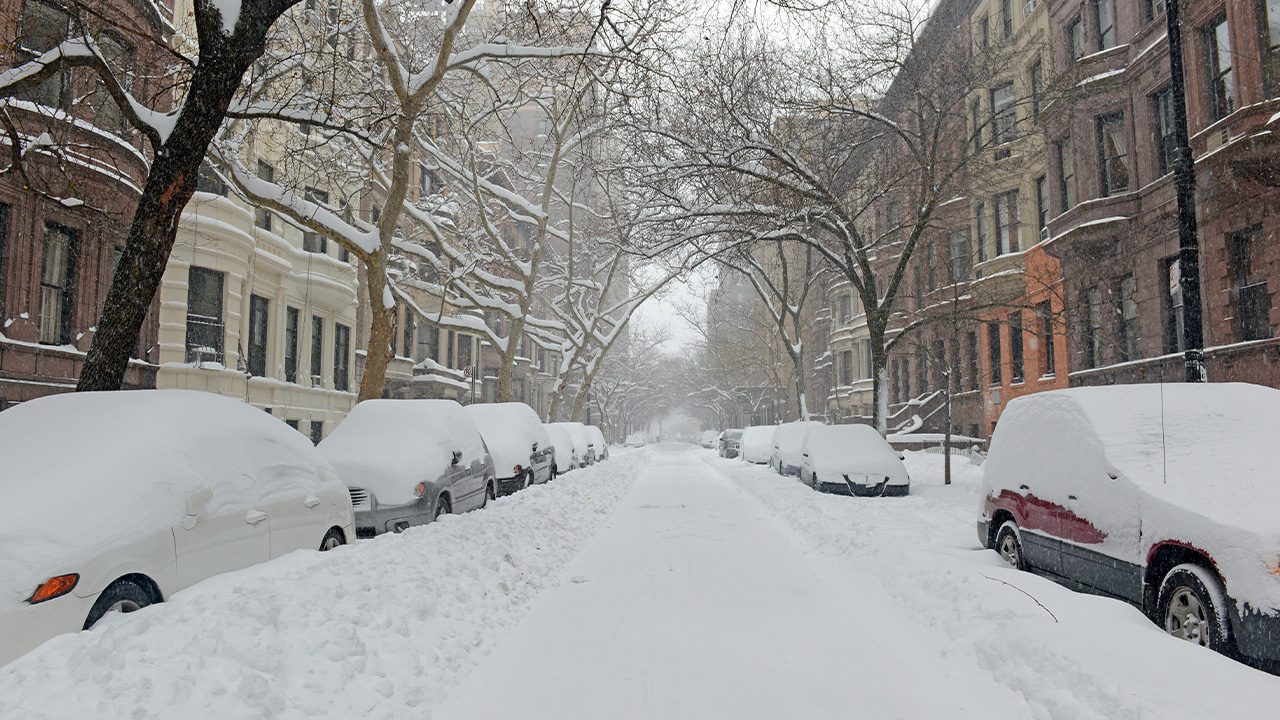 Facebook Twitter Copy URL
Copied
The governors of Maryland, Massachusetts, New Jersey, New York have all declared states of emergency, warned of likely power outages, and urged residents to stay off the roads

NEW YORK, USA – Residents of New York and New England hunkered down on Saturday, January 29, for a fierce Nor’easter bringing high winds, deep cold, and up to two feet (60 cm) of snow, a blizzard predicted to be one of the worst in recent memory.

Forecasts of a potentially brutal storm, which moved up the East Coast after forming in the Atlantic Ocean off the Carolinas, had prompted airlines to cancel 5,000 flights through the weekend and delay more than 8,000.

The governors of Maryland, Massachusetts, New Jersey, New York all declared states of emergency, warned of likely power outages and urged residents to stay off the roads on Saturday.

“This is going to be a very big storm, probably one of the biggest we’ve experienced in the last few years. Conditions are expected to make travel nearly impossible, and we’re urging everyone, to the extent possible to stay home tonight and tomorrow,” Massachusetts Governor Charlie Baker told a news conference.

The National Weather Service issued flood warnings for coastal areas and Amtrak canceled passenger rail service across much of the region.

“The Nor’easter that will move up through the mid-Atlantic States to the Northeast this weekend will bring extreme cold and hazardous conditions to many communities,” Homeland Security Advisor Elizabeth Sherwood-Randall said in a statement on Friday evening, January 28.

“We will be actively monitoring the storm’s projected impacts and working closely with (the Federal Emergency Management Agency) to ensure that we are prepared to support any needs for Federal assistance that may arise in your community,” Sherwood-Randall said.

Forecasters said up to two feet of snow could fall in some areas and wind gusts of 70 miles (113 kilometers) per hour were expected starting early on Saturday. Southeastern Massachusetts, including Cape Cod and the island of Martha’s Vineyard, were expected to get the highest snow totals.

Winter storm advisories and warnings were also in effect from the Carolinas up through Maine.

The storm was approaching nearly 44 years to the day after a monstrous blizzard crippled New England in 1978. Striking with little warning and dumping more than 27 inches (70 cm) of snow on Boston, that catastrophic storm killed dozens of people, trapped others in their homes and shut down major highways for a week.

Photographs posted on social media showed shoppers crowded into grocery stores, picking shelves clean as they stocked up on essentials ahead of the storm.

“I just spent over $100 for groceries ahead of this alleged “storm.” Snow girl, if you gon’ do it, do it big,” Twitter user ChelsLynne17 posted.

The weather service warned that blowing snow could significantly reduce visibility and strong winds could bring down tree branches and knock out power in parts of the region. – Rappler.com