US removing about 150 military trainers from Ukraine 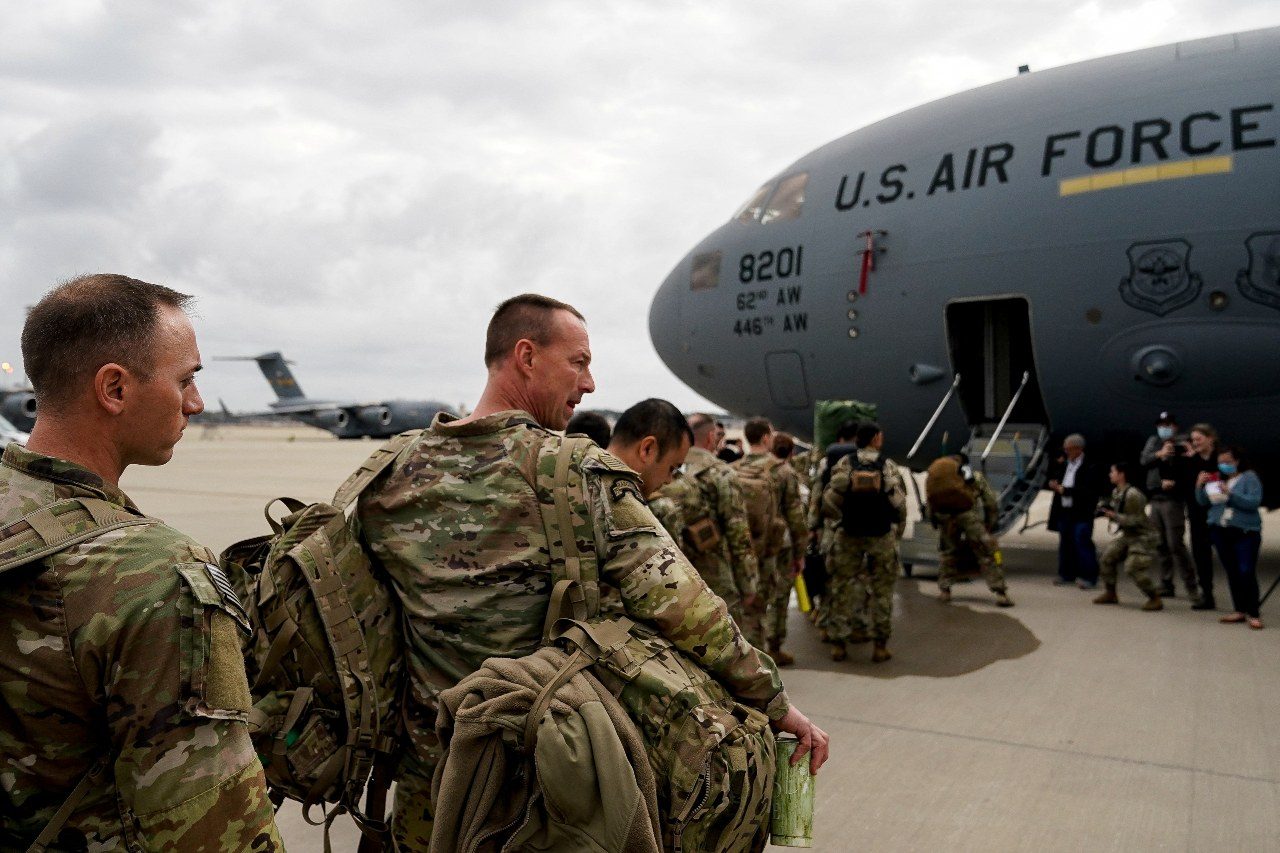 INVASION THREAT. In this file photo, military personnel from the 82nd Airborne Division and 18th Airborne Corps board a C-17 transport plane for deployment to Eastern Europe, amid escalating tensions between Ukraine and Russia, at Fort Bragg, North Carolina, US, February 3, 2022.

WASHINGTON DC, USA – About 150 US troops from the Florida National Guard who have been in Ukraine to help train Ukrainian forces are leaving the country as the threat of a Russian invasion increases, the Pentagon said on Saturday, February 12.

Pentagon spokesman John Kirby said the decision, first reported by Reuters, was made out of an abundance of caution and was informed by the State Department’s decision to withdraw some staff from the US embassy in Kyiv.

“This repositioning does not signify a change in our determination to support Ukraine’s Armed Forces, but will provide flexibility in assuring allies and deterring aggression,” Kirby said in a written statement.

The trainers will be repositioned within Europe, he said, but it was not clear exactly where.

It was also not immediately clear what will happen with the small number of US special operations forces in the country, according to a US official speaking on condition of anonymity.

Reuters reported on Friday, February 11, that the Pentagon will send 3,000 additional troops to Poland as Russia held military exercises in Belarus and the Black Sea following the buildup of its forces near Ukraine.

Australia, New Zealand, Germany, and the Netherlands on Saturday joined countries urging their citizens to leave Ukraine. Washington said on Friday that a Russian invasion, likely beginning with an air assault, could occur at any time.

Moscow has repeatedly disputed Washington’s version of events, saying it has massed more than 100,000 troops near the Ukrainian border to maintain its own security against aggression by NATO allies. – Rappler.com