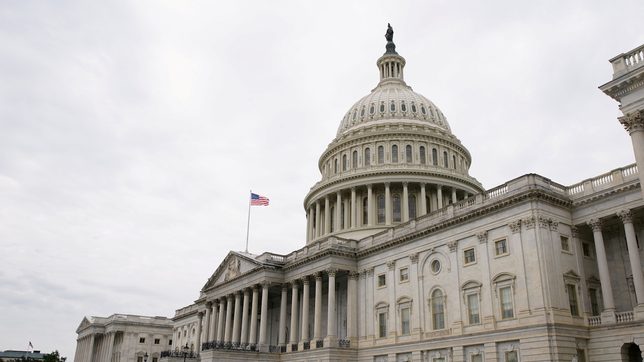 Vehicles are parked outside the U.S. Capitol building the morning the Senate returned to session in Washington, DC, U.S., July 31, 2021.

The US Senate voted to advance a $1 trillion infrastructure package on Saturday, August 7, but remained on a slow path toward passage with two Republicans openly opposing behind-the-scenes efforts to wrap up work on one of President Joe Biden’s top priorities.

In a 67-27 vote demonstrating broad support, senators agreed to limit debate on the legislation, the biggest investment in decades in America’s roads, bridges, airports and waterways.

Eighteen of 50 Senate Republicans voted to move the legislation forward, with Senators John Cornyn and Deb Fischer backing the package for the first time.

But on Saturday evening, progress stalled on an agreement on amendments that could have allowed the Senate to speed up consideration of the legislation.

Senate Democratic leader Chuck Schumer said the Senate would convene at noon ET (1600 GMT or 12 am Monday, August 9, Manila time) on Sunday to resume consideration of the infrastructure bill. “Hopefully we can come to some agreement tomorrow,” he said on the Senate floor.

Without that agreement, the Senate will hold a next procedural vote on Sunday evening, a Senate Democratic aide said.

Republican Senator Bill Hagerty took to the Senate floor to underscore his opposition to expediting the process, saying the legislation would add to the national debt and set the stage for Democrats to move forward with a separate $3.5 trillion spending package which Republicans vehemently oppose.

“There’s absolutely no reason for rushing this,” Hagerty, a freshman senator who was former President Donald Trump’s ambassador to Japan, said in a floor speech. “While I believe in hard infrastructure, I cannot participate in doing it this way.”

With the consent of all 100 senators, the chamber could have moved through amendments to passage later on Saturday. Otherwise, passage could take until Monday or Tuesday.

Hagerty, who voted against Saturday’s measure, first registered opposition to an expedited path after the nonpartisan Congressional Budget Office said on Thursday the legislation would increase federal budget deficits by $256 billion over 10 years.

The CBO analysis did not include $57 billion in added revenue that senators estimate Washington would collect over the long term from the economic growth benefits of infrastructure projects. It also did not count $53 billion in unused federal supplemental unemployment funds to be returned from states.

“Part of the conversation is senators saying to Hagerty, you realize that what you’re doing is making it impossible for me to get my amendment, because if you insist on the whole thing and you don’t compromise on timing, then nobody gets an amendment. And we pass the bill,” Democratic Senator Chris Coons, a Biden ally, told reporters.

Passage would be a major victory for Schumer, Biden and a bipartisan group of senators who spent months crafting the package, and would send the bill on to the US House of Representatives.

Biden tweeted his support ahead of the vote, saying the “once-in-a-generation investment in our nation’s infrastructure” would create good-paying jobs refurbishing America’s roads, bridges, water systems and electrical grid.

“We can’t afford not to do it,” the president said. “We can’t just build back to the way things were before COVID-19, we have to build back better.”

McConnell also signaled his support before voting for the bill.

“Republicans and Democrats have radically different visions these days, but both those visions include physical infrastructure that works for all of our citizens,” McConnell said in a speech. “The investments this bill will make are not just necessary, in many cases, they are overdue. Our country has real needs in this area.”

As he left the Capitol, McConnell told Reuters, “We’ll be back at it tomorrow.” – Rappler.com