INFRASTRUCTURE MEETING. File photo shows US President Joe Biden gesturing toward Senator Shelley Capito (R-WV) during an infrastructure meeting with Republican Senators at the White House in Washington, US, May 13, 2021.

The White House said on Friday, May 21, it had pared down its infrastructure bill to $1.7 trillion from $2.25 trillion, with cuts to investments in broadband and roads and bridges, but Republicans dismissed the changes as insufficient for a deal.

The White House effort represented a desire by President Joe Biden to engage with the opposition party on an issue that the Democratic president has made a priority in his early days in office.

But the two sides remain far apart on everything from the size of the package to how to pay for it.

White House officials held a call with a group of Republican senators on Friday to hash out some of their differences and present the new draft.

“This proposal exhibits a willingness to come down in size, giving on some areas that are important to the president … while also staying firm in areas that are most vital to rebuilding our infrastructure and industries of the future,” White House spokeswoman Jen Psaki told reporters. 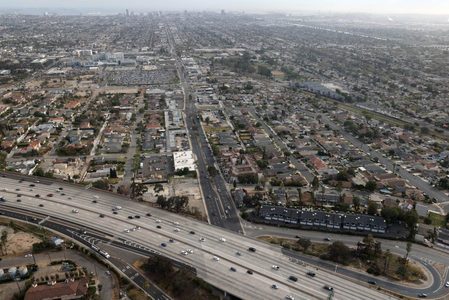 Some aspects that had been removed from the new proposal, such as investments in research and development, would find their way into other bills, she said.

Republican US Senators Shelley Moore Capito, John Barrasso, Roy Blunt, Mike Crapo, Pat Toomey, and Roger Wicker have put forward their own proposal, which is much smaller than the White House version.

They said the White House proposal could not pass Congress with bipartisan support.

“Based on today’s meeting, the groups seem further apart after two meetings with White House staff than they were after one meeting with President Biden,” the senators said in a statement, adding that they would continue to engage with the administration.

A White House memo showed Biden’s new proposal would reduce spending on broadband to $65 billion, down from an initially proposed $100 billion.

Spending on roads, bridges and major infrastructure projects would drop to $120 billion, down from Biden’s initial proposal of $159 billion but well above Republicans’ desired $48 billion.

Psaki said that because the overall cost of the package had come down, the need for “pay-fors” would also be reduced. Biden remained committed to not raising taxes on people making less than $400,000 a year, she said.

The White House plan, which Republicans have decried as too expensive, would seek to address climate change and social issues such as elder care, in addition to revitalizing traditional transportation infrastructure.

It would cover the cost of the investments by raising taxes on US corporations and wealthy Americans. Top Republican lawmakers have said they would not agree to a tax hike. – Rappler.com