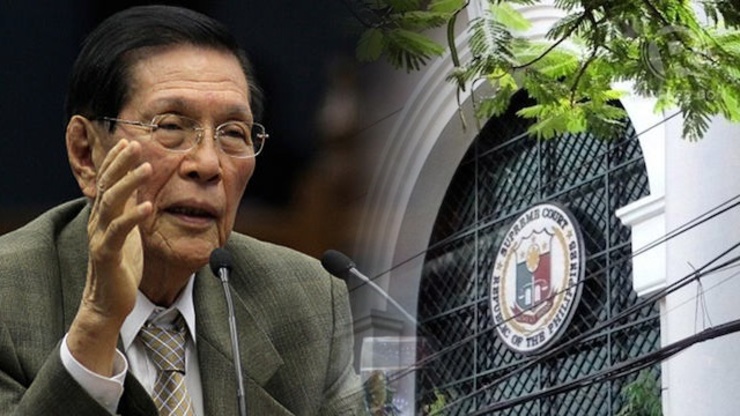 MANILA, Philippines – Public prosecutors with the Office of the Ombudsman assailed before the Supreme Court (SC) the justices’ decision granting bail to Senator Juan Ponce Enrile.

In a motion for reconsideration released to media on Monday, September 7, the Ombudsman Office of the Special Prosecutor argued that granting Enrile bail arbitrarily altered “constitutional principles governing the right to bail.”

The Ombudsman pointed out the lack of a bail hearing in Enrile’s case, saying it is a constitutionally-mandated procedure in the granting of bail to a person charged with a crime punishable by reclusion perpetua or life imprisonment.

“Their availment of bail (is) a matter of judicial discretion – not a matter of right – only upon showing that evidence of their guilt is not strong,” the Ombudsman argued.

As the SC decision cited humanitarian grounds, not raised in Enrile’s petition and therefore not contested by the Ombudsman in its reply, the Ombudsman said the High Court effectively denied it due process.

The anti-graft body also said Enrile was given special treatment and undue favor inconsistent with constitutional provisions on equal treatment.

Enrile is charged with plunder, a non-bailable offense, for allegedly pocketing money from allowing foundations controlled by Janet Napoles to receive government money from his Priority Development Assistance Fund or pork barrel. (READ: Behind the SC decision on Enrile’s bail)

The Ombudsman said the SC decision contradicted the “fundamental nuance in the constitutional right to bail” that crimes punishable by life imprisonment are not on the same plane with less grave crimes.

“Persons accused of ‘not bailable’ offenses can only be provisionally released after a previous factual and judicial determination that evidence of their guilt is not strong,” the motion read.

The majority decision penned by Justice Lucas Bersamin “can potentially redefine the jurisprudential landscape and recalibrate the contours of both political and remedial law,” the motion read further.

Citing Rule 114, Section 4 and 7 of the Rules of Criminal Procedure, the Ombudsman insisted on the “conduct (of) an evidentiary hearing for the purpose of receiving evidence proving the guilt of the accused” is strong.

In Enrile’s plunder case over the multi-million-peso pork barrel scam, the senator had yet to face a bail hearing after he elevated to the SC his plea for a bill of particulars detailing the charges against him.

In contrast, two other senators accused of the same crime before the Sandiganbayan – Senator Ramon Revilla Jr and Senator Jinggoy Estrada – had both been denied bail after their respective summary proceedings.

“By granting provisional liberty to petitioner on grounds not related to evidence of his guilt, the Honorable Supreme Court blurred – if not totally erased – the line that distinguishes persons accused of less grave crimes and those accused of grave crime,” the Ombudsman argued.

The SC’s “departure from the constitutionally ordained legal framework governing the right to bail” remained unexplained in the majority decision, the anti-corruption body insisted.