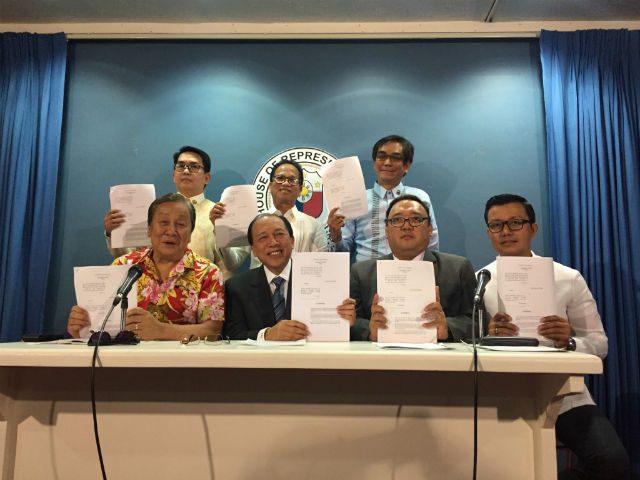 MANILA, Philippines – Quezon 3rd District Representative Danilo Suarez argued that since the independent minority lawmakers challenged his minority leadership before the Supreme Court (SC), they are in effect also demanding a reorganization in the House.

Suarez on Tuesday, January 17, submitted a copy of his comment on the petition for mandamus filed against him by the 7-member independent minority bloc:

A copy of Suarez’s comment was sent to the media on Wednesday, January 18.

In their petition, the lawmakers urged the High Court to recognize Baguilat as the rightful minority leader following Suarez’s controversial election.

But in his comment, Suarez explained the dispute over the minority leadership is beyond the constitutionally mandated powers of the SC.

“The Honorable Court has no jurisdiction over the dispute, as it involves the political questions of the right of Congress to promulgate, interpret, and implement its own internal rules, and in the absence of any showing of grave abuse of discretion in the congressional exercise of its rule-making powers, pursuant to the jurisprudential imperatives of quorum, voting, and publication,” said Suarez.

He also argued that the petitioners called for a reorganization of the House committees when they asked the SC to recognize Baguilat as minority leader.

“This much they admitted in their petition, as they stated there that prior to its filing, they have formally asked the House Speaker to recognize Representative Baguilat as the minority leader as well as their respective ‘committee preferences,'” said Suarez.

“In other words, what they want is a wide-ranging Court-enforced congressional reorganization; quite obviously, the Supreme Court may not do that without upending the doctrine of separation of powers and undermining the stability of our system of checks and balances in government,” he added.

Suarez also said that the independent minority bloc should have filed a quo warrant petition instead of a petition for mandamus as the dispute is over his election as minority leader.

He earlier slammed the petition against him, saying it reveals the alleged intention of the Liberal Party (LP) to “monopolize” power at the House.

Baguilat, Lagman, Daza, Erice, and Billones all belong to the LP. The rest of their party mates signed a coalition agreement with PDP-Laban to join the supermajority bloc. – Rappler.com