China: We are against bullying small countries 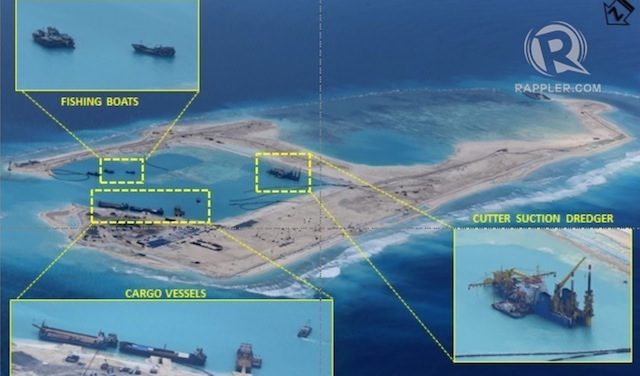 MANILA, Philippines – China shot back at the United States and the Philippines, claiming that it does not bully small countries.

Chinese Foreign Ministry Spokesperson Hua Chunying responded to the statement of US President Barack Obama and US Assistant Secretary of State Daniel Russel that America is “upholding the principle that bigger nations can’t bully the small.”

Obama made the declaration in his State of the Union address on Tuesday, January 20, to refer to Russia. America’s top diplomat for East Asia, Russel reiterated it after meeting with Philippine officials in Manila on Wednesday, this time in reference to China.

In a press briefing on Thursday, January 22, Hua said China agreed with this principle.

“China always maintains that all countries, regardless of the size, are equal. We are against the bullying of small countries by big countries. At the same time, we also believe that small countries should not make unreasonable demands,” said Hua.

Hua’s comment was a swipe at Manila after Philippine Foreign Affairs Undersecretary Evan Garcia criticized China’s “massive reclamation” in the South China Sea, and called on Beijing to exercise restraint.

Rappler released on Thursday photos of the reclamation in Kagitingan (Fiery Cross) Reef in the Spratly Islands as of December 2014, showing dredgers, cargo vessels, and fishing boats. Philippine military officials earlier said China’s reclamation is already “50% complete,” and its supposed airstrip will likely be finished this year.

Foreign Secretary Albert del Rosario on Thursday also condemned the reclamation as a “threat” to the entire region, saying he will raise the issue before the Association of Southeast Asian Nations (ASEAN).

Yet while the Philippines said China’s reclamation violated ASEAN’s 2002 agreement with Beijing, Hua said it is the other claimant countries that should abide by the Declaration on the Conduct of Parties in the South China Sea (DOC).

For Del Rosario, China’s reclamation was a “blatant violation” not just of the DOC but also of the United Nations Convention on the Law of the Sea (UNCLOS).

Yet Hua reiterated the Chinese line that other parties are the ones violating international law.

“When we talk about the equality of all countries, we are not only referring to being equal on rights and interests, but also on being applied to international rules,” the Chinese official added.

The Philippines and China’s heated dispute over the South China Sea again made news as it was a major topic in Manila and Washington’s recently concluded annual bilateral strategic dialogue.

ASEAN’s Vietnam, Malaysia, and Brunei also have claims to the South China Sea, along with Taiwan. The sea’s rich supply of oil, gas, and marine life, and its shipping routes make it hotly contested.

A close treaty ally of the Philippines, the US is increasingly vocal on the maritime row as it aims to “rebalance” to Asia. Known as the Asia pivot, the policy is widely perceived as a means to contain China’s rise.

Manila and Washington repeatedly use the “bully” tag to refer to China and its growing aggression in the region.

In an obvious reference to China’s reclamation activities, Russel said Wednesday that behavior that “raises tensions” is contrary to America’s goal of having a constructive with relationship with Beijing. Like Del Rosario, he said the issue was relevant to all ASEAN members.

China’s Hua took exception to Russel’s remarks, again warning the US not to interfere in the dispute.

“Countries that are not a party to the disputes shall uphold an objective and fair position, say more things that will help build mutual trust and cooperation, do more things that will truly safeguard peace and stability of the region, and make less inflammatory remarks that may stir up trouble,” she said.

The South China Sea is expected to be discussed in the ASEAN Foreign Ministers’ Retreat in Kota Kinabalu in Sabah from January 27 to 28. Malaysia is the ASEAN chair for 2015. – Rappler.com