MANILA, Philippines – The Philippine Military Academy (PMA) welcomed another female valedictorian during the 117th commencement exercises of the premier military school in the country.

President Rodrigo Duterte, the military’s commander-in-chief, served as the guest of honor and speaker of the exercises.

This year’s valedictorian will join the Philippine Navy. Quemado, aside from topping the PMA Bagsik-Diwa Class, received the Presidential Saber, Philippine Navy Saber, and JUSMAG Saber, among others. 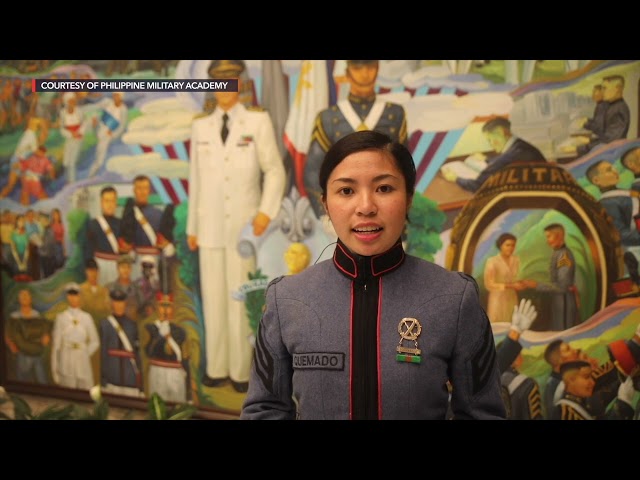 Quemado finished senior high school with high honors at the Notre Dame of Marbel University, prior to entering the PMA. The PMA valedictorian is a daughter of a military officer, Colonel Nicolas Quemado Jr. of the PMA Maalab Class of 1993.

Aside from Quemado, four other female cadets also made it to the top 10. The complete names of the top graduating cadets are as follows: