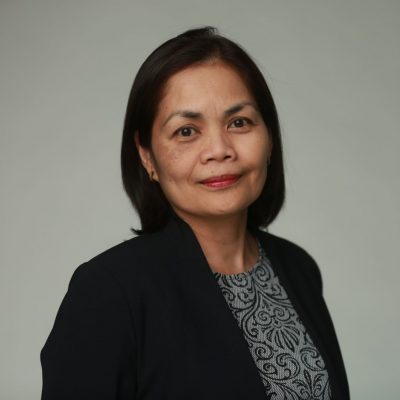 Glenda co-founded Rappler in July 2011 and served as its managing editor until November 16, 2020, when she was named executive editor.

She finished journalism in 1985, a year before the end of the Marcos dictatorship. She has worked for the Philippine Daily Inquirer, The Manila Times, the Philippine Center for Investigative Journalism, and for international news agencies. In the dying days of the Estrada administration, she co-founded the Philippines’ top investigative magazine Newsbreak, which started as a newsweekly.

From 2008 to January 2011, she managed ANC, the ABS-CBN News Channel, as its chief operating officer.

Glenda earned her journalism degree at the University of Santo Tomas in Manila. A British Chevening scholar, she holds a master’s degree in political sociology from the London School of Economics and Political Science (1999). In May 2018, Glenda finished her Nieman journalism fellowship at Harvard University.

The books that she has authored include “Under the Crescent Moon: Rebellion in Mindanao,” with Marites Dañguilan-Vitug, a groundbreaking book on the conflict in Mindanao that won the National Book Award. In 2011, she wrote “The Enemy Within: An Inside Story on Military Corruption,” with the late Aries Rufo and Gemma Bagayaua-Mendoza.