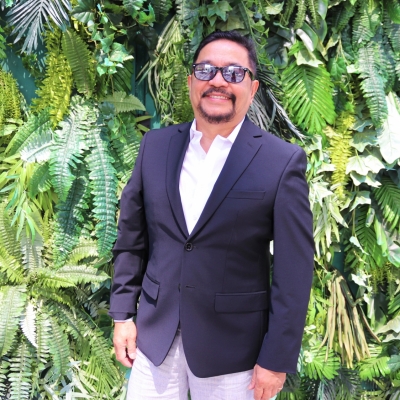 In the 60th edition of the latter contest in 2018, Nepales won first place for his feature on Angelina Jolie in the category, Entertainment News or Feature (Newspapers over 50K), over other finalists from the Los Angeles Times, LA Weekly and Bloomberg Businessweek.

Born and raised in the Philippines, Nepales was the Los Angeles correspondent and columnist of the Philippine Daily Inquirer. He wrote the popular column, “Only IN Hollywood,” which ran for 15 years, and occasionally picked up by major Asian daily newspapers, including The Jakarta Post. He now pens “Only IN Hollywood” for the column’s new home, Rappler.

Nepales, who immigrated to the US in the 1980s, was the first Filipino to be elected to membership in the Hollywood Foreign Press Association (HFPA), the association of international journalists which votes on and presents the Golden Globe Awards.

Nepales served for many years as a board member of the HFPA, which is one of the biggest philanthropic organizations in Hollywood (it has donated more than $40 million in the past 31 years to entertainment-related charities, scholarships and grants). In 2012, he became the first and only Filipino to be elected as chairman of the board of the HFPA.

In June 2019, Nepales was elected executive secretary of the HFPA. He was the managing editor of a special anniversary commemorative book, Hollywood Foreign Press Association: A History (75 Years of the Golden Globe Awards).

The University of Santo Tomas (Manila) alumnus also serves on the board of directors of the Filipino American Symphony Orchestra (FASO), the only Filipino symphony orchestra outside of the Philippines.

In 2012, Nepales published his first book, My Filipino Connection: The Philippines in Hollywood, which won in the print journalism – book category of the Migration Advocacy and Media Awards presented by the Office of the President of the Philippines’ Commission on Filipinos Overseas.

In November 2020, Nepales released his second book, Through a Writer’s Lens, a coffee table book of more than 1,000 photos of stars that he took over almost two decades. Hardbound copies of the book, which earned good reviews, have sold out. A paperback version is now available on Amazon.

A proud native of Calasiao Pangasinan, Philippines, Nepales is married to journalist Janet Susan Rodriguez Nepales, with whom he has two daughters, Bianca Nicole and Rafaella Angelica.