A family that moves together, stays together

These days, parents are finding ways to make exercise an entire family affair

MANILA, Philippines – The onset of obesity amongst Filipino youth is a growing concern. According to statistics released by the Food and Nutrition Research Institute, approximately 2 out of 10 Filipino children are considered to be overweight.

The statistics are equally alarming for adults, too. The numbers show that around at least 16 million Filipinos aged 20 and above are overweight. The UN Food and Agriculture Organization has also named the Philippines as one of the developing countries with high levels of obesity and under-nutrition.

Moving to the rhythm of a big Zumba session. Photo by Alecs Ongcal/Rappler.

With the risk of obesity affecting all ages, parents must now find ways to combat this epidemic both within themselves and their children. One way is to change how exercise is often seen as a chore into an activity that can be fun and good for bonding. There are now a growing number of events that support this outlook.

An example is the Alaska World Milk Day, which took place on May 31st at the concert grounds of Mall of Asia. While the event featured a mix of both serious athletes and weekend warriors, also present were families looking to stretch some muscles while having some family fun.

Rubian Dekada, a mother of three, signed her family up to participate in the physical festivities. At home, she tries to make family exercise a weekly affair.

(On Sunday, it’s family day. I always sign them up for all sorts of activities, especially now that it’s summer their schedule is filled with activities. Even in school they join activities like basketball.)

The benefits of exercise for children go beyond the physical. A study published in the Educational Psychology Review reveals that exercise is also an effective way of improving and enhancing a child’s cognitive functions.

According to some parents, exercise is also a good way to build character. Ringo Borlain, a father and a former Mr. Universe, believes this to be the case.

“Physical activity is good for developing good character and of course, their health. They’re young, if it becomes a habit then definitely when they grow up, we have less concern in what they’ll become or what they’ll do in the future.”

Borlain’s 13 year-old daughter Sam has certainly learned this lesson at an early age.

“[Exercise] brings the family together,” she said. “It keeps you healthy and active. Like in the morning before we study, it’s like we want to do something like run or stretch or something first to wake up your mind. It’s so relaxing after you exercise.”

A lesson worth passing on

All smiles for the Borlain family following their run. Photo by Alecs Ongcal/Rappler.

For Borlain, the value of family exercise stems from setting a good example for his children to emulate.

“Number one, it should be fun. There should be an element of fun and the parents must be the one doing it first, before you tell your children to do it. So when they see us exercising, they’ll be the one who asks us to play or join us.”

“If you have [exercises] that they enjoy, as much as possible the resistance [to illness] of the kids will increase. So simple things like playing around together with the parents, so just encourage them. Especially with the parents, they should support their children to play a certain activity where they can prosper.”

Remember, exercise doesn’t need to be a tedious chore. Take your kids outside to run, play and spend some quality family time in the process. – Rappler.com 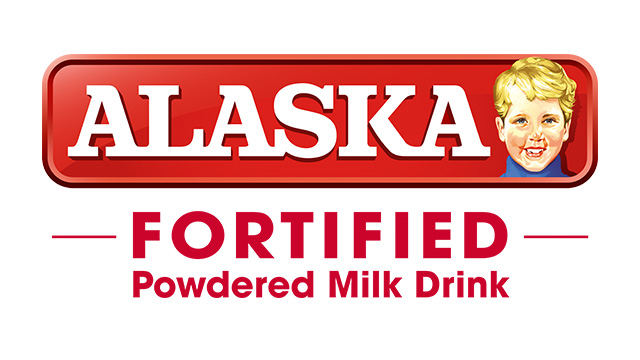 New Alaska Fortified is a good source of Vitamin D for normal calcium absorption, calcium for healthy bones and teeth, iron for efficiency in red blood cells production, and protein for muscle growth and development.