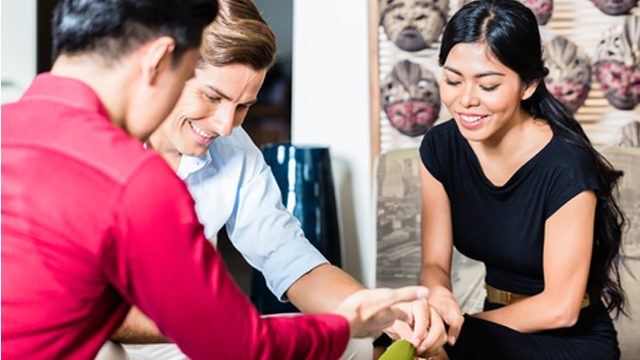 MANILA, Philippines – Six in 10 or 65% of expatriates living in the Philippines find it easy to fit in with their local colleagues, the results of a HSBC Holdings Plc survey released Friday, October 2, revealed.

The HSBC Expat Explorer survey also showed that a majority of expats living in the Philippines (57%) said they find their work to be more fulfilling since relocating, a sentiment shared by expats in Malaysia (55%), Indonesia (54%), and mainland China (53%).

The survey defines an expat as someone over 18 years old who is currently living away from his is her country of origin/home country.

The Philippines was identified by 24% of the respondents as a good destination for expats to “feel at home” from their first day. The same sentiment is shared by expats in Bahrain (28%) and Spain (24%).

Nearly half or 48% of expats polled in the survey said it takes less than a year for their adopted country to feel like home. For 16%, the change is instant.

“The importance of making new friends is a key part of feeling at home with over half (51%) of expats saying this is the most important milestone for them. As well as making friends, 38% of expats globally say understanding the local culture is essential to settling in,” HSBC said.

The survey also showed that a social circle is not the only focus of partners of expats, as many who joined their partners overseas look to build their own career or take on a new challenge.

Thirty-nine percent said the chance to acquire new skills is better than in their host country, 26% disagree, while 22% said the move abroad was partly about a new personal challenge for them.

Expat partners also saw the benefits to their relationship of moving overseas. Of those who moved abroad to support their partner, over half (54%) said the change has brought them closer together in their relationship, compared to only 13% who said this is not the case.

The Philippines is among the countries where most expat couples said they experienced a closer relationship.

“Expat partners moving to India, the Philippines, and Mexico in particular enjoy a closer relationship, with 65%, 63% and 61% in these countries agreeing they feel closer to their partner since moving,” HSBC said.

HSBC Philippines’ Retail Banking and Wealth Management Head Gigi Pio de Roda said that expats migrate to other countries to further their career progression, expand their current knowledge and skill-set, as well as boost network connections that could pave way for a booming future.

This involves making complex decisions in managing finances, integrating into the local culture, building a family, and saving for retirement.

The Philippines ranks 9th in the family league table, where an expat’s relationships, education, childcare, impact of raising and integrating children abroad, are reviewed.

“Indeed, an expat in the Philippines can feel much at ‘home’ where they integrate well with the locals whose warmth and hospitality come naturally. When expats go home or leave the Philippines for another assignment, they have already gained Filipino friends for life,” Pio de Roda said.

Pio de Roda added that it is vital that financial services are easily accessible for expats to access personal funds, insurance, and investments while living abroad, and even more crucial that they are able to discuss their needs with financial advisers who are able to understand the unique requirements of an expat living overseas.

Expats rank Southeast Asia as the best place for career satisfaction, with 4 of the top 5 destinations (the Philippines, Malaysia, Indonesia, and China) located in the region. 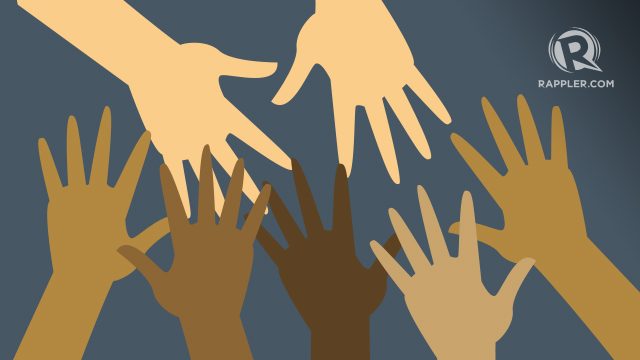 The Philippines ranked 28th in the overall Expat Explorer country league table, while Singapore took the top spot, with expatriates praising the opportunities for career development, appealing salaries, and an excellent quality of life.

The Expat Explorer survey is commissioned by HSBC Expat and conducted by YouGov. Now in its 8th year, it is the largest and one of the longest-running surveys of expats, with 21,950 respondents sharing their views on different aspects of life abroad including careers, financial well-being, quality of life, and ease of settling for partners and children. A total of 39 countries qualified for the league tables in this edition, including the Philippines.

The top 10 destinations for expats as revealed in the survey are:

The survey also revealed that expats move abroad for a better quality of life and the desire to take on a new challenge. In both cases, 37% of expats said these are the reasons why they moved, compared to only over a quarter (26%) who said they did so to improve their job prospects. “In fact, 61% of expats haven’t benefited from an immediate salary increase since moving,” HSBC said.

Expats living in the world’s financial hubs of Singapore, Dubai, Hong Kong or London agreed they are good places to start a new business at 87%, 86%, 85% and 85% respectively – much higher than the global average of 56.

A high level of confidence in the local economy is another reason why these economic hubs suit the entrepreneurial spirit,with 78% of expats in Singapore and 60% in Hong Kong feel confident about the local economy.

The top countries to live for expats focused on economics, experience, and family are revealed as:

Switzerland, meanwhile, ranked first as the best expat destination for career success and financial well-being, with 77% of expats feel confident about the local economy, and 53% said it is a good place to advance careers, compared to only 48% and 41% of expats globally.

“A majority (63%) also think their work is more fulfilling in Switzerland than it was at home. On average, expats in Switzerland are more likely to enjoy more disposable income (65%), earn higher salaries (63%), and be able to save more (60%) as a result of moving to the country,” HSBC said.

New Zealand is the country for a satisfying expat experience – 7 in 10 (77%) expats find their quality of life better than at home, and well over half (63%) said making friends has been easy.

“Settling in is relatively quick, with 35% who felt at home instantly or within 6 months. The country’s great outdoors is a particular draw and 57% of expats have become more physically active since moving there,” HSBC revealed.

Sweden ranked 1st as the best destination for expat family life, whether with or without children. Expat parents in Sweden praise the child care available – 79% find it better than in their home country – as well as the ease of arranging children’s education (67%), and its affordability (77%).

“Overall, 79% of parents said their children’s quality of life is better since moving. Sweden also has a lot to offer to single expats looking to start a family, with 39% saying they have found a long-term partner there,” HSBC said.

HSBC Expat Head Dean Blackburn said living abroad allows people to realize a whole range of ambitions. Learning new skills, enjoying a different culture or growing closer to loved ones through a shared adventure – “these are just some of the rewards expats told us they have enjoyed through their time in another country.” – Rappler.com