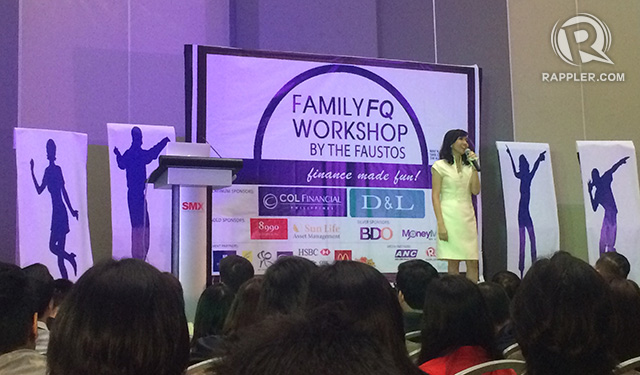 MANILA, Philippines – Rose Fres Fausto is the mother of 3 boys. She wanted to raise her sons to have the right blend of smart and crazy, to balance confidence around people with compassion. Could she do it?

Four years into her marriage with Marvin Fausto, then a fund manager at CityTrust, the couple decided to build a house but did not hire a contractor to lessen costs. Meanwhile, Rose was alternating a lucrative investment banking career at Asia Capital with early motherhood.

There was Martin, the hyperactive firstborn at 4, who was eager to show mom his first poem and song. There also was Enrique, just a year old, who was still inarticulate but had eyes that sought her undivided attention.

Her work was the kind that crimped meaningful involvement in her children’s daily activities as they grew up. She was the kind of woman who’d had it figured out since singlehood that family and parenting should come first.

At that crossroad, she and her husband chose to give up half of the family income and made adjustments in home construction. For Rose, leaving her job came out as the better option than juggling accounts and babies.

“I accepted that there are stages in a woman’s life. And that particular stage was the stage that I had to devote for my children,” she said. “Sometimes, if we are not careful, the things that we do for and with money may actually lead us at a direction opposite of what we really value.”

These were her words at the Family FQ Workshop by the Faustos held on May 9, Saturday, at the SMX Convention Center in Taguig City. She is now known as Mom FQ by those who follow her online writing on financial literacy and have read her book The Retelling of the Richest Man in Babylon. FQ stands for financial intelligence quotient.

In the workshop, her 3 grownup sons also shared their FQ stories to participants, mostly parents who tagged their kids along and other interested individuals.

Rose taught her 3 sons early that money and values are not mutually exclusive. Financial goals – by a family, an individual – should then be aligned with core values.

“These are your ideals, the things that are important to you. These are your non-negotiables,” Martin, the eldest, said in the event. 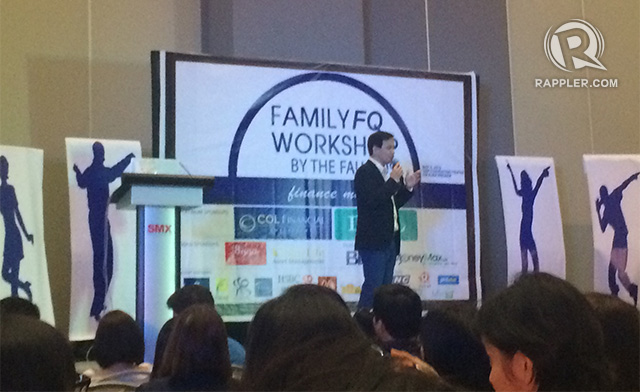 He added that every year their family goes to a place they haven’t been and spends a day there setting annual goals. Such goals can be further defined quarterly, monthly, weekly, and even daily.

Enrique, the middle child, recalled how their parents got them into saving during grade school and investing in the stock market at about the same time.

He emphasized the significance of the latter, which he categorized under passive income. “Don’t allow the number of hours in your day to limit your wealth builders,” he said.

Anton, the youngest of the brood, talked to the audience about delayed gratification – to postpone spending in order to accumulate wealth in the long run.

Their “mommy-ger” introduced to them a simple tool that does wonders: the balance sheet. “The balance sheet is just your assets minus liabilities equal to your total net asset value,” he said, but it shows the value of delayed gratification in a precise view. In comparing past and current balance sheets, the brothers get to see where their investments go.

“Normally, the only way we get pleasure or satisfaction from our money is if we spend it. But through the balance sheet, we get to see ourselves getting richer. That in itself is satisfaction and pleasure,” he quipped.

As each talk closed, it was clear that the Fausto boys understand that building wealth is not just about accumulating money, but a means to an end, such as self-fulfilment.

The head of the Faustos was the last to take the stage. Marvin rounded up the workshop with a reminder to the fathers in attendance that it is their duty to ensure the family is healthy not only financially, but also physically, emotionally, and spiritually.

A year after his retirement as the head of investments in BDO, the Philippines’ largest bank in terms of assets, he was happy to share that he has all he needs to live the bigger dreams. He is in his fifties.

The Faustos now move their money smarts beyond home, to other families, parents, and individuals who seek empowerment and desire action finance-wise. One need not have a financial background like them to begin improving their FQ, the wife said. Everyone can be an investor, the husband added. 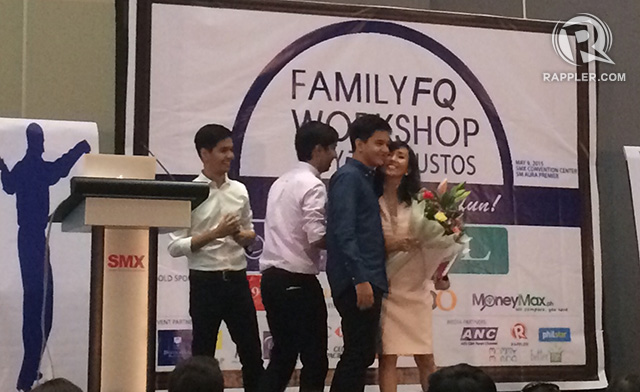 And as mother’s day approached, Marvin was quick to affirm Rose’s commitment to their financial goals and to their children.

Rose was equally appreciative of her husband’s support, underlining the benefits of partnership between spouses in raising high-FQ kids.

“Never did my husband make me feel in all my years of not contributing to the family income that his wealth was his alone,” she said.

So the most important thing is “to just have consistent money values with your spouse so that you can attain your financial goals together more efficiently,” she added. “This is the only way you can raise your children with high FQ, instead of a confused FQ.”

Got a question about personal finance? Tweet @rapplerdotcom or email us at business@rappler.com.– Rappler.com