May 22, 2015 6:42 PM PHT
Rappler.com
Facebook Twitter Copy URL
Copied
The SEC warns the public against 2 firms luring investors with hefty returns, and 2 foundations promising up to a P1 billion-award in the form of 'Central Bank of the Philippines' checkbooks 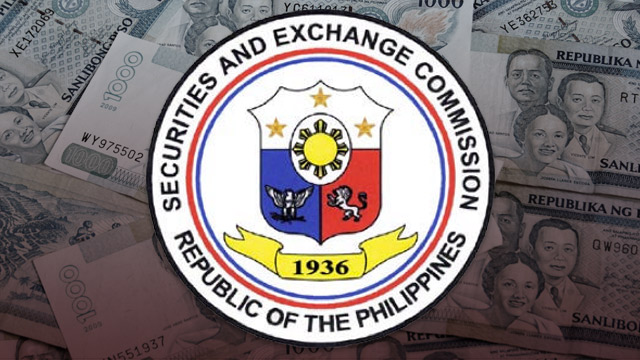 MANILA, Philippines – The Securities and Exchange Commission (SEC) on Friday, May 22, warned the public against two companies and two foundations involved in the unauthorized solicitation of investments.

Based on SEC’s investigation, the two firms have been using social media to invite people to invest in cosmetics and health and wellness products by promising returns of up to 30% to 35% of their investment in a span of 40 to 45 days.

SEC said it “did not issue the corporations a secondary license to publicly offer or sell securities and to solicit investments from the public.”

“Those who participate, including those who offer investment through the social media (Facebook, Twitter, etc.) in this investment taking of Hyper Program International Direct Sales and Trading Corporation and HPI Direct Sales and Trading Corporation are at risk of being prosecuted for criminal violation of the Securities Regulation Code (SRC),” SEC said.

The regulator said it has received reports that these two foundations have been soliciting investments from the public in the form of “pledges.”

“Those participating in the unauthorized investment-taking activities of the said foundations may be held liable for administrative and/or criminal charges for violation of the SRC,” SEC said.

SEC is urging those with information about unauthorized investment-taking activities to call the Enforcement and Investor Protection Department at (+63 2) 584-6337 and (+63 2) 584-7652 or email inquiry@sec.gov.ph. – Rappler.com