Are other Philippine banknotes also up for a redesign? Facebook Twitter Copy URL
Copied
Featuring plants and animals on peso bills 'will demonstrate our pride and distinction as a people and a nation,' according to Bangko Sentral ng Pilipinas Governor Benjamin Diokno

MANILA, Philippines – Filipinos are speculating that other banknotes are up for a redesign, following the erasure of World War II heroes from the upcoming P1,000 polymer banknotes.

The Bangko Sentral ng Pilipinas (BSP) recently announced that portraits of Josefa Llanes Escoda, Vicente Lim, and Jose Abad Santos will not be featured in the new P1,000 banknotes. Instead, they will be replaced by the Philippine eagle.

In an emailed statement on Saturday, December 11, the BSP said that “this is the first note in a new series of Philippine currency that will focus on the country’s rich flora and fauna.”

“Will all the banknotes be flora and fauna?” reporters asked Diokno on Monday, December 13.

Instead of a categorical answer, Diokno said: “The BSP will issue [the] P1,000 polymer banknote next year, around April or May, for purposes of test circulation. By then, we will be able to validate the benefits of polymer reported by other countries.”

Diokno went on to say that other countries which use polymer banknotes reported that these were more durable and cost-efficient.

He added that “heroes will remain heroes whether they are in the notes or not.”

So far, we know that:

NHCP hands off in heroes’ removal from P1,000 bill 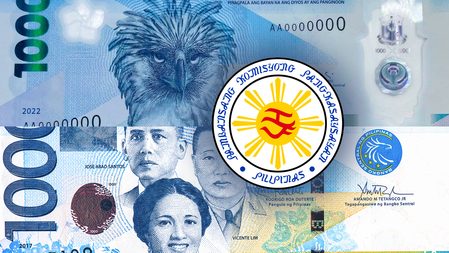 Why the Philippine eagle?

Diokno said the Philippine eagle “depicts strength and freedom of Filipinos,” as well as the “independence and clear vision of the BSP to achieve a better and more inclusive economy.”

The Philippine eagle was previously featured in the old 50-centavo coin, as well as the P500 commemorative coin.

Why flora and fauna?

Diokno said heroes and images of nature are both important for “cultural preservation and promoting our heritage, and changing themes are intended to accommodate and celebrate numismatic artistry and dynamism.”

“Like the heroes theme, the flora and fauna theme will demonstrate our pride and distinction as a people and a nation.”

She proposed that the Philippine eagle be placed on the other side of the P1,000 bill.

Benipayo also noted that the P1,000 banknote is the only bill which features martyrs, not politicians.

With the controversy surrounding the redesign, people have speculated that the P500 bill bearing the faces of democracy icons Ninoy and Cory Aquino could also be changed. Marcos loyalists have long proposed the change as well. 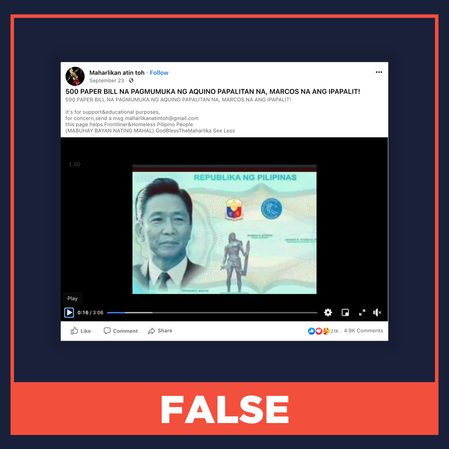 Diokno already addressed that, saying the BSP Monetary Board has not discussed a new design for the P500 bill or a shift to polymer for this particular banknote.

Memes showing a P500 bill with a tarsier on it instead of the Aquinos have been circulating online. Those images were not released by the central bank. – Rappler.com