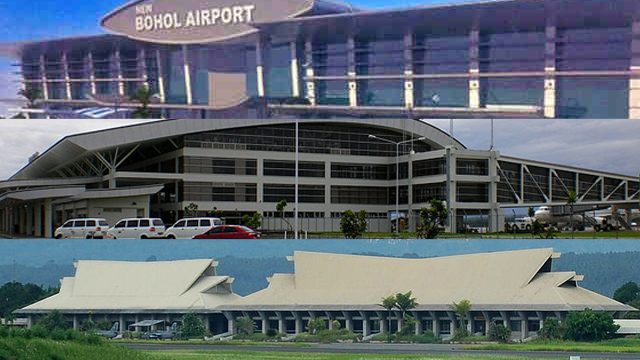 MANILA, Philippines – The Philippine government did not grant the request of an interested private investor to change the contract terms for the 5 regional airports under the public-private partnership (PPP) scheme, as it finds its initial plan more strategic.

This was after the transportation department in March said it will bid out the development, operations and maintenance (O&M) of 5 regional airports in two packages. The department finds it palatable to investors to auction out the small gateways according to a combined annual passenger volume of about 4 million.

For investors, grouping small airports into one is more enticing because of the larger foot traffic.

The government then bundled the 5 regional airports into two groups: Bundle 1 consists of Bacolod-Silay Airport and Iloilo Airport, while the second package includes the New Bohol (Panglao) Airport, Laguindingan Airport and Davao Airport. These deals cumulatively worth P108.19 billion ($2.41 billion).

But in May, one of the interested investors, Metro Pacific Investments Corporation (MPIC), told the transportation department that it wants the bundling of all 5 airports under one package.

“We hope to bundle the airports in one package. Yes, we already informed DOTC (Department of Transportation and Communications) but they have not gotten back to us yet. Foreign partners are having a difficult time regarding the separate bundles,” MPIC President Jose Ma Lim said last month.

The transportation department, however, did not grant his company’s wish and said on June 18 that it will stick to its initial plan of two packages for the regional airports. In the revised guidelines it published last Wednesday, the department said it will allow winning bidders of the P108.19-billion ($2.41 billion) regional airport deals to participate in other airport PPP auctions.

This was after some interested investors early this year raised concerns that they might get disqualified from joining airport PPP auctions should they bag the regional airport bundled projects.

The transportation department assured prospective bidders that those groups that will bag the regional airports projects will still be allowed to participate in the auctions for NAIA Development and Clark International Airport projects.

The NAIA development project of the transportation department and the Manila International Airport Authority would improve, upgrade, and enhance the operational efficiencies of all existing NAIA terminals covering both landside and airside to meet the standards of International Civil Aviation Organization.

Meanwhile, the project in the gateway in Pampanga being undertaken by the Clark International Airport Corporation involves the O&M of the entire airport, including the existing terminal, budget terminal, and airside facilities for a defined concession period.

In the submission of qualification documents for regional airports this July 27, some of the top conglomerates and world’s airport experts that had bid for the first airport PPP deal – which is the modernization of the Mactan-Cebu International Airport – could go head-to-head once more. (READ: Why same firms are vying for PH infra projects)

Should the groups qualify, they can bid for one or both bundles of the 5 regional airports, depending on their appetite, Limcaoco said. They can also participate in the auction of future airport PPP deals, he added.

To date, the Aquino administration has awarded 10 PPP projects with a total indicative cost of P189 billion ($4.21 billion) since 2010. – Rappler.com