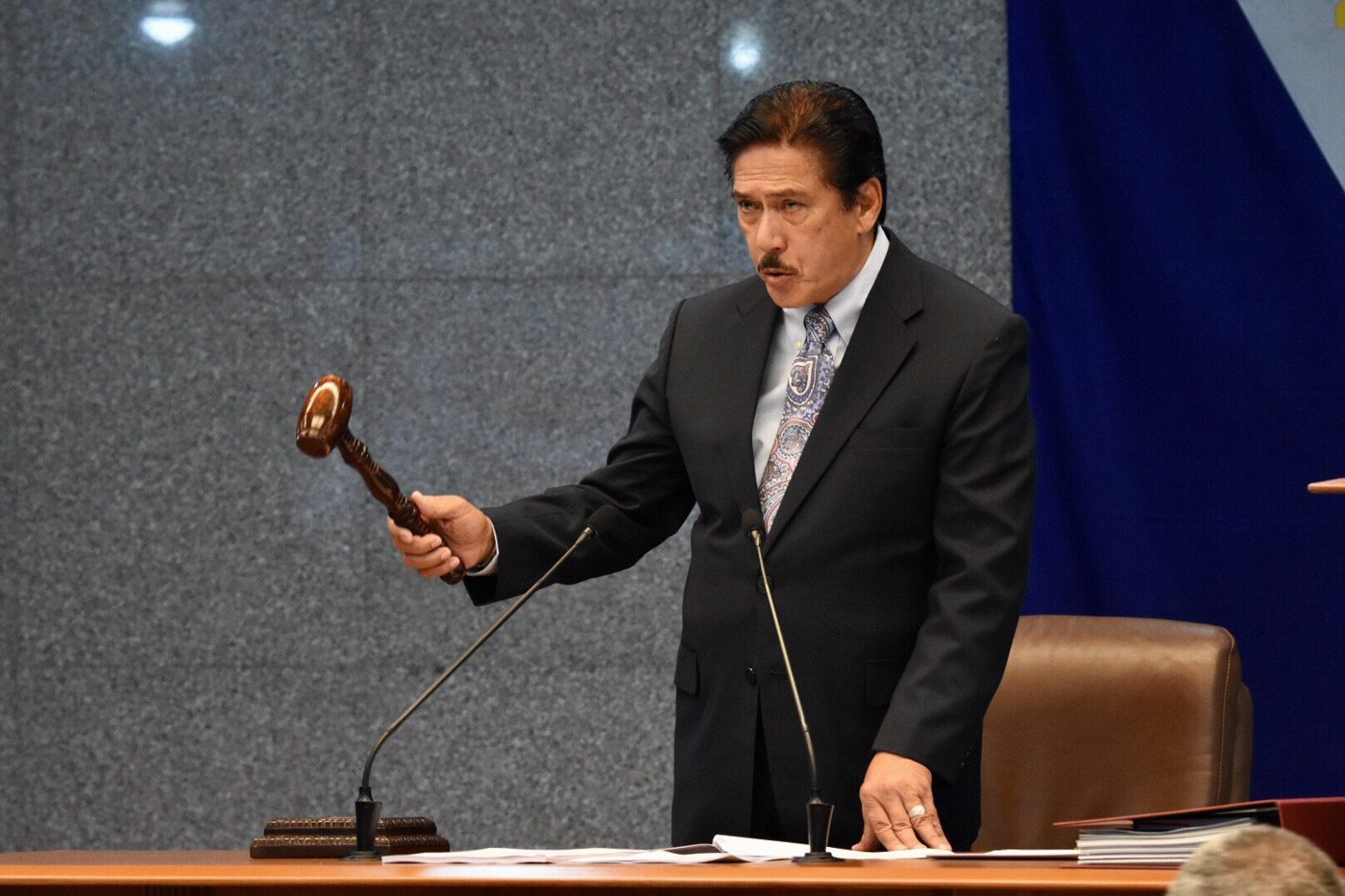 Facebook Twitter Copy URL
Copied
Sotto says he will take a break from the country's longest-running noontime television show, given his new role at the Senate

Asked if this means he would no longer host the show even on Thursdays and Saturdays where there are no Senate sessions, he said: “‘Di na siguro, ‘di na muna. Usap kami ni Vic and Joey and Tony Tuviera.” (Not yet, for now. I will talk to Vic, Joey, and Tony Tuviera.)

Sotto, his brother Vic Sotto, and friend Joey de Leon are part of the triumvirate TVJ. Tuviera, meanwhile, is the show’s producer.

In an earlier interview with Rappler, Sotto attributed his “practical” thinking to the show that propelled him to power. He would not be the politician that he is today, he said, if not for Eat Bulaga!

That showbiz connection, however, is also used by critics against him. (READ: Tito Sotto and the blurry lines of showbiz, politics)