Beauty in a Bottle is surprisingly deceptive. Despite its familiar narrative trappings and gimmicky structure, it’s driven by an effective amount of honesty.

It’s a film that waves the clichéd banner of “inner beauty” and “self-confidence,” but it’s also acutely aware of its own mainstream trimmings. But what makes Beauty in a Bottle such a satisfying comedy is that it successfully turns deep insecurities into punchlines.

Instead of looking outside for its best material, the film realizes that the funniest jokes are the ones found in the mirror.

Beauty in a Bottle is the story of 3 drastically different women. Each of them is displeased with their current lot in life, particularly with their looks.

There is the aging creative director Vilma (Assunta De Rossi), the artista Estelle (Angelica Panganiban), who struggles with her weight, and Judith (Angeline Quinto), who thinks she’s a plain Jane.

While none of them are outrightly “ugly” at all, by the farthest stretch of the imagination, the film does point out the smallest flaws in their features.

At the heart of these 3 stories is an actual Beauty in a Bottle, a seemingly miraculous anti-aging pill that promises to take customers back to the “young and beautiful you.”

And while Beauty in a Bottle initially feels like a long running advertisement for a cosmetics company, it turns out to be a rather honest admission that these products can never substitute for self-confidence. The film echoes the undying and rather tired mantra of female insecurity: that real beauty is on the inside. But what makes this mantra especially different in Beauty in a Bottle is that, in the film, it’s a cliché that’s transformed into a confession. 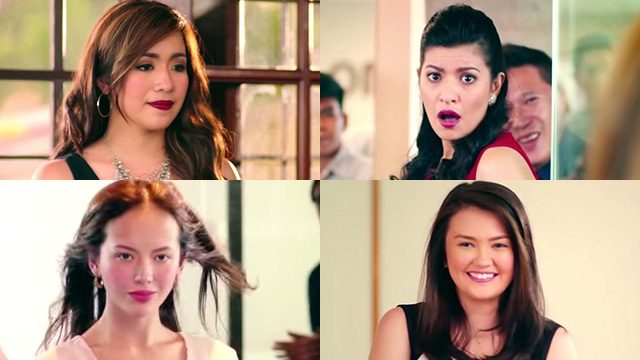 But like its odd cast of characters, Beauty in the Bottle suffers from its own insecurities. The film struggles to find its footing in its opening minutes and starts off with a cartoonish approach to its comedy.

But just like its characters, the film gains confidence as it moves from one story to the next. Its jokes shift from exaggeration to examination, and suddenly, the film hits its stride by simply allowing its actresses to be themselves.

The film shines especially bright during Angelica Panganiban’s section, a story about an upcoming actress struggling to meet the impossibly high standards of celebrity beauty. 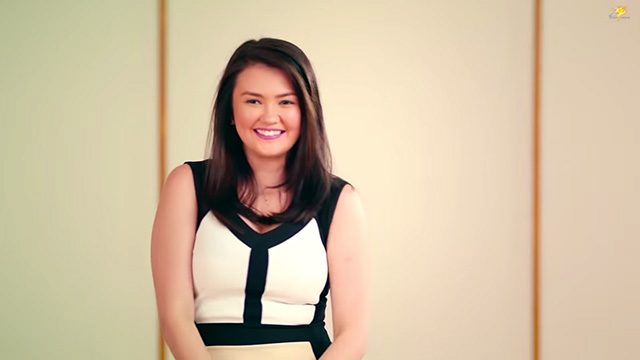 But while Panganiban portrays an entirely fictitious character, it’s plainly obvious that in her jokes, she’s making fun of herself. When her double chin makes tabloid headlines, it’s especially hilarious. Despite Panganiban’s natural beauty, she doesn’t sport the traditional mold of the stick-thin supermodel. But instead of shying away from it, Beauty in the Bottle charges straight for these insecurities and embraces them with open arms.

The film’s best jokes work not only because they’re funny but also because they’re true. We laugh at Assunta De Rossi because she’s no longer the twenty-something bombshell she used to be. But when a tired, depressed De Rossi looks at herself in the mirror with the barest amount of make-up, we realize that we’re no longer laughing at her but at ourselves.

For a culture that is as sensitive as a baby’s bare bottom, it’s refreshing to see a comedy that isn’t afraid to be so self-deprecating. And while that can easily lead to some mean-spirited punchlines, Beauty in a Bottle uses humor not to offend but to enlighten.

Like the women who headline its story, Beauty in a Bottle is a comedy you can’t judge by its cover.

It stumbles through its clunky start and admittedly lacks the polish of other mainstream releases. It harps on a message we’ve heard a dizzying amount of times before and sports a story that is predictably familiar. But when the film gains the confidence to look itself in the mirror, it delivers its message like an an open-hearted confession that is both funny and earnest.

They say that comedy is tragedy plus time. But in this case, comedy may be as simple as laughing at your own reflection.   – Rappler.com