Jul 14, 2013 6:46 PM PHT
Facebook Twitter Copy URL
Copied
Swiss watchmakers are warily eyeing Apple's "smartwatch", but they are not too worried about the tech goliath's likely incursion into their traditional turf 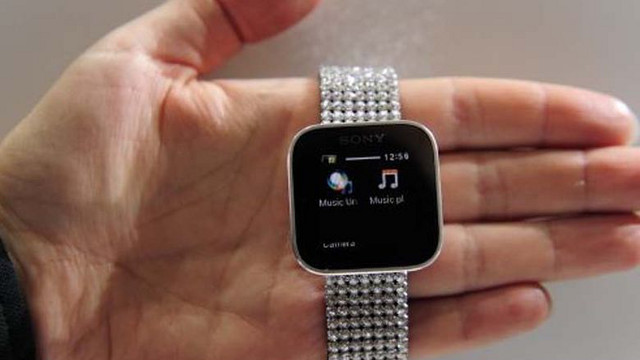 ZURICH, Switzerland – Swiss watchmakers are warily eyeing Apple’s reported progress towards creating a “smartwatch”, but say they are not too worried about the tech goliath’s likely incursion into their traditional turf.

The California-based company has so far been tight-lipped about its suspected plans to wrap some of its popular iPhone and iPad capabilities into a wearable device that can be viewed at the flip of a wrist.

Industry observers have warned that the entry by Apple and other technology giants into the traditionally narrow watch-making field could revolutionise the market.

“I think this will lead to a changing of the guard,” said Jerome Bloch, who heads the men’s fashion unit at Parisian style agency Nelly Rodi.

Smartwatches are expected to entice the so-called Generation Y, born into an increasingly tech-savvy world between 1980 and 2000.

And luxury goods lovers of all ages, who tend to be big tech consumers, will also likely be seduced, Rodi told AFP, insisting: “This will happen very fast.”

But in the confines of the Swiss Alps, Apple’s suspected ambitions have so far caused no panic.

“It would be pretentious to think that this kind of watch would fail to compete with Swiss watches,” said Jean-Claude Biver, the head of the luxury Swiss brand Hublot that belongs to French LVMH.

“But they will in any case clearly not be competing with the high-end Swiss watches, which account for most of the exports,” he told AFP.

According to Vontobel analyst Rene Weber, a full 87 percent of Swiss watch exports carry price tags of more than 1,000 Swiss francs ($1,050 or 800 euros).

The real threat could be to the lower end of the scale, such as entry-level brands owned by the Swatch Group, the world leader in the field, analysts said.

According to Kepler analyst Jon Cox, brands in the US and Asian would suffer most once the wristbands hit the market.

“I suspect that the possible market impact on Swatch Group would be below 5.0 percent of its operational profit,” he told AFP.

In an interview with the Hebdo magazine earlier this year, Swiss Group chief Nick Hayek said he was “serene” in the face of Apple’s likely entry into the market.

He said he had even allowed Apple engineers to visit his company.

While Swatch‘s low-end plastic watches are perhaps its most recognisable, the Swiss company operates in every price range, from the Flik Flak kid’s watches to prestigious timepieces under the Breguet or Omega brands which can cost more than one million Swiss francs a piece.

In the 1970s, Swiss watchmakers suffered a serious crisis when they missed the boat on the quartz revolution, but they have since bounced back with a vengeance thanks to Swatch and especially the high-end segment.

“Swiss watches are among the very rare luxury accessories for men and differentiate themselves clearly from low-end watches made in China,” Citigroup analyst Thomas Chauvet said.

While smartwatches could cause a bump or two, the industry is not expecting to stall again.

“This is not going to be an innovation breakthrough the same way the rise of quartz was in the 1970s,” Chauvet said of the pending smartwatch invasion.

And Swiss watchmakers have no intention of passively waiting for the Apple onslaught.

Tag Heuer, also owned by LVMH, has already made headway into the emerging smartwatch segment by partnering with US tech group Oracle.

The Swiss brand, which sponsors Oracle’s America’s Cup yachting contender, has developed a watch capable of providing each sailor with a wide range of data, including wind direction and the tilt of the boat.

“We worked on this for a year, which in terms of developing a watch is very fast,” he told AFP. – Rappler.com