BTS. The K-pop group, seen here posing during the iHeartRadio Jingle Ball concert at The Forum, in Inglewood, California, is the most-tweeted about K-pop group in 2021. 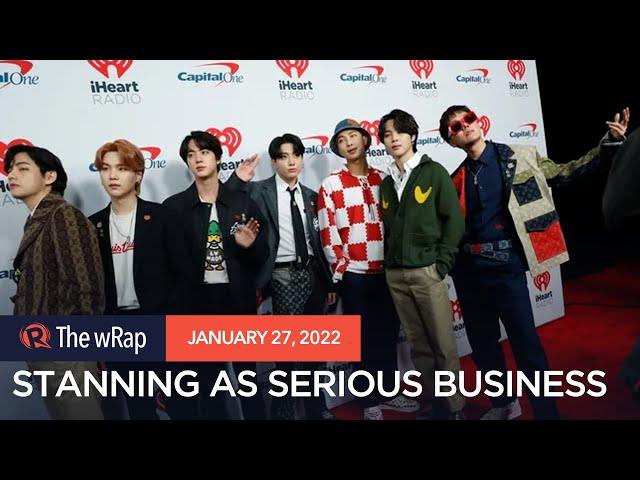 MANILA, Philippines – In not-so-surprising news, the Philippines came in third in a list of countries with the most K-pop fans – ranking even higher than South Korea.

Based on Twitter’s K-pop data from 2021, the Philippines trailed behind Indonesia in the top spot, and Japan in the second spot. South Korea came in the fourth spot, and the United States ranked fifth.

Rounding out the top 10 were Thailand, Brazil, Mexico, India, and Malaysia.

Also unsurprising: Filipino stans turned out to be among the most active tweeters. In Twitter’s list of countries tweeting most about K-pop, the Philippines came in second, following Indonesia.

Curiously, South Korea trailed behind the Philippines again, taking the third spot, while Thailand and the United States ranked fourth and fifth.

Mexico, Malayasia, Brazil, India, and Japan rounded out the top 10.

K-pop trailblazers BTS turned out to be the most tweeted about K-pop artists globally, followed by NCT, Enhypen, EXO, and BLACKPINK rounding out the top five.

K-pop is clearly a hot topic on Twitter, and they confirmed this, saying that 7.8 billion K-pop-related tweets appeared on the platform in 2021, breaking their 2020 record of 6.7 billion. – Rappler.com