MANILA, Philippines – Just a day after unveiling character portraits of Harry Potter, Ginny Weasley, and their son, Albus Severus, the London West End production of Harry Potter and the Cursed Child has revealed a first look at the other characters.

Now, we get a glimpse of Ron Weasley, Hermione Granger, and their daughter, Rose, played by actors Paul Thornley, Noma Dumezweni, and Cherrelle Skeete.

This is what the other two of the magical trio look like 19 years after the defeat of the Dark Lord, Voldemort. Here are the photos from Pottermore:

Paul Thornley plays a Ron Weasley in his 40s, who according to JK Rowling, “isn’t very different from Ron in his teens, except that his feet hurt a bit more.” Noma Dumezweni, a South African actress who grew up in England, will play Hermione Granger – a change from English rose Emma Watson, who plays the character in the movies. In response to critics who said that a black actress shouldn’t play a white character, Noma told The Evening Standard in January: “It stems from ignorance. They don’t want to be a part of the creative act. To say it’s not as it was intended is so unimaginative.”

JK Rowling’s books never mentioned Hermione’s ethnicity (“brown eyes, frizzy hair and very clever”), and the author herself said in a tweet that the character is not necessarily white.

Cherelle Skeete plays Ron and Hermione’s daughter, Rose, who JK says is ambitious.”Rose is like her mother, but more secure, more grounded. She was born to wizards and knows her place in the world. Cherrelle plays her perfectly: bossy but deeply loveable,” JK added. 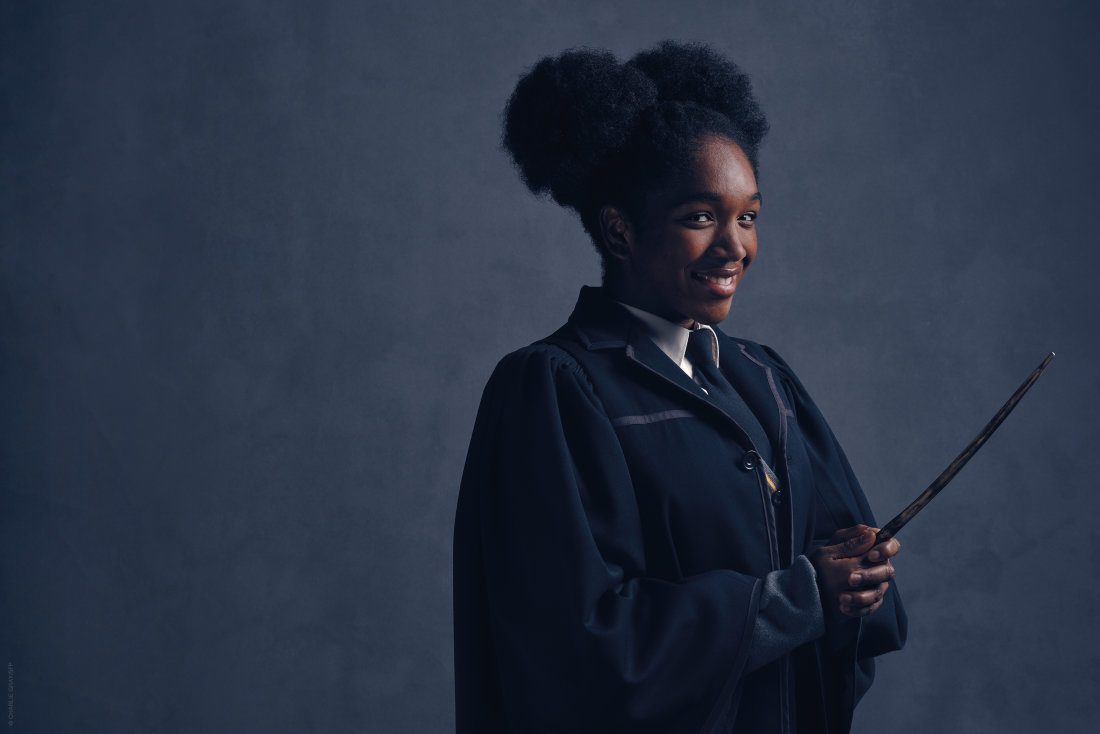 Harry Potter and the Cursed Child, written by Jack Thorne, is based on a story by him, Rowling, and director John Tiffany.

The official plot from Pottermore reads: “While Harry grapples with a past that refuses to stay where it belongs, his youngest son Albus must struggle with the weight of a family legacy he never wanted. As past and present fuse ominously, both father and son learn the uncomfortable truth: sometimes, darkness comes from unexpected places.”

Cursed Child is a production that is meant to be presented in two parts, “intended to be seen in order on the same day (matinee and evening) or on two consecutive evenings,” according to the website. – Rappler.com