How this UP engineering grad juggled school, work as a call center agent

Jul 4, 2016 9:22 PM PHT
Poyen Ramos
Facebook Twitter Copy URL
Copied
It's not always easy to juggle school studying civil engineering, and work at a call center with its various demands – but Karla Gonzales made it happen. 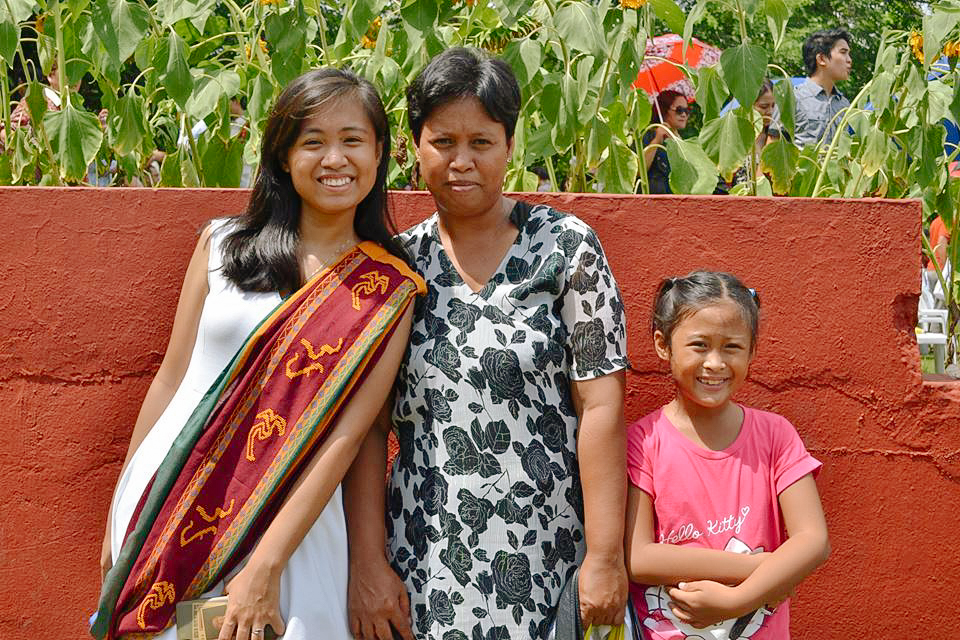 They say when life gives you lemons, you make lemonade. But for Karla Gonzales, she didn’t have a lot of lemons to begin with, and didn’t exactly have the smoothest ride to get where she is right now. Despite the odds, this hardworking lady surpassed the difficulties with flying ‘maroon’ colors.

Karla juggled being an operations executive in a call center and studying (and finishing!) civil engineering in University of the Philippines Diliman. It wasn’t really the most ideal position to be in for a 22-year-old, but she made it work, drawing strength from her values and support system around her. 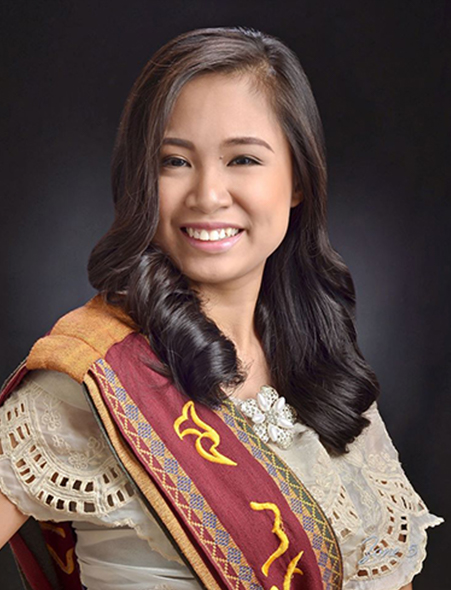 Karla was raised by her single mother and grandparents in Parañaque, and their primary source of income was a small stall in the local market. That was where her love for mathematics began.

“I basically grew up there. I took my naps after school inside the stall and I helped out as cashier during the busier times of the year. My mom claims this is how I started liking math from an early age,” she tells Kalibrr.

It was going well for them for the most part until supermarkets started rising near the market, and the their business started declining. The situation started getting more challenging when got to high school because aside from the steady decline of the family business, her mother got pregnant with her sister, and her grandmother got diagnosed with stage 4 liver cancer which eventually took her life 5 months later.

Despite the struggles, she was lucky enough to finish high school on time because of her full scholarship. Fast forward to college, it was another set of challenges she had to face.

“After high school graduation, I signed a ‘study now, pay later’ scholarship under a company where I rendered summer jobs. I was required to attend school during weekdays and work in the company during weekends. After first year though, the company pulled me off the scholarship because I was unable to meet the time requirements each week. Unfortunately, the sponsor needed me to pay back the cost for my first year’s education by working full time on a trainee’s rate. This was when I had to take a leave of absence from UP during the first semester of my second year because it took me 6 months to pay everything back,” she said. 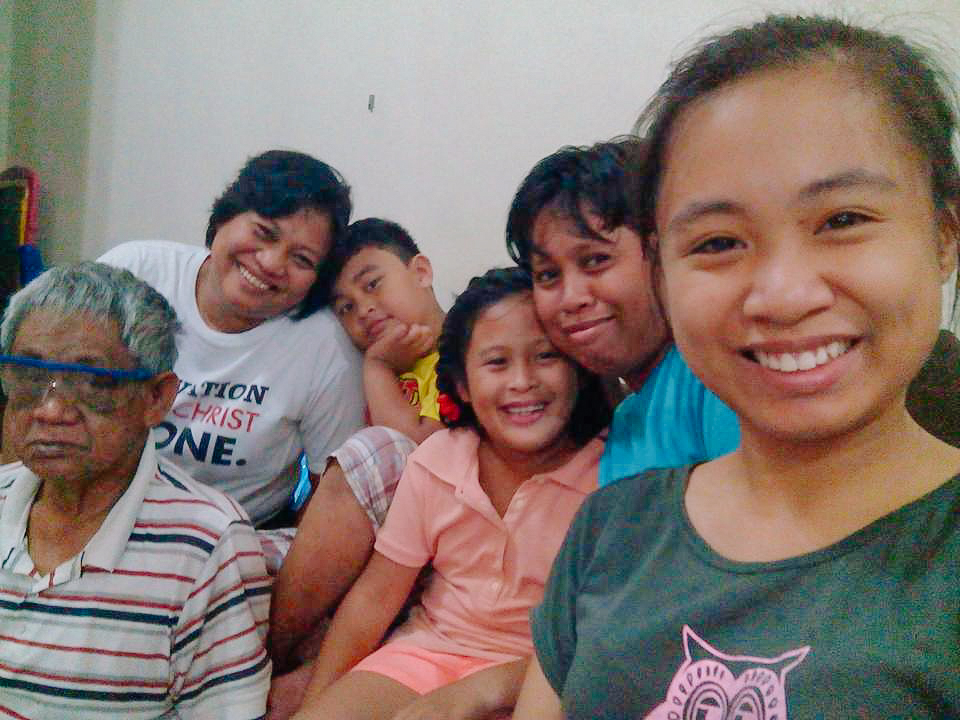 Drastic changes started happening in her life during her third year in college: she was living away from her family so she could be closer to school, and her mother’s small business had to close down again. Because of this, they were again left with the prospect of being separated and solely supported by her aunts.

“This time didn’t sit well with me because although they were willing, I knew it was going to be doubly hard because they each had their own kids to support and mortgages and bills to pay. This was the time I realized I needed to find a job if I wanted to continue studying,” she says.

Later, a great opportunity presented itself to her.

“I heard from a friend that Teleperformance Ayala had an account that caters to students working part time. This was when UP adjusted the academic calendar from June to August,” says Karla. “Needless to say, it was physically and mentally draining. I barely got to see my family since I had to sleep all day.”

It wasn’t easy juggling work and school, according to Karla, especially with the Manila commute. She lived in Las Pinas, worked in Makati, and studied in Quezon City. The commute was unbearable and the expenses were difficult to handle. It got even harder when she entered the last two years of her course because it was purely civil engineering major subjects they had to take. 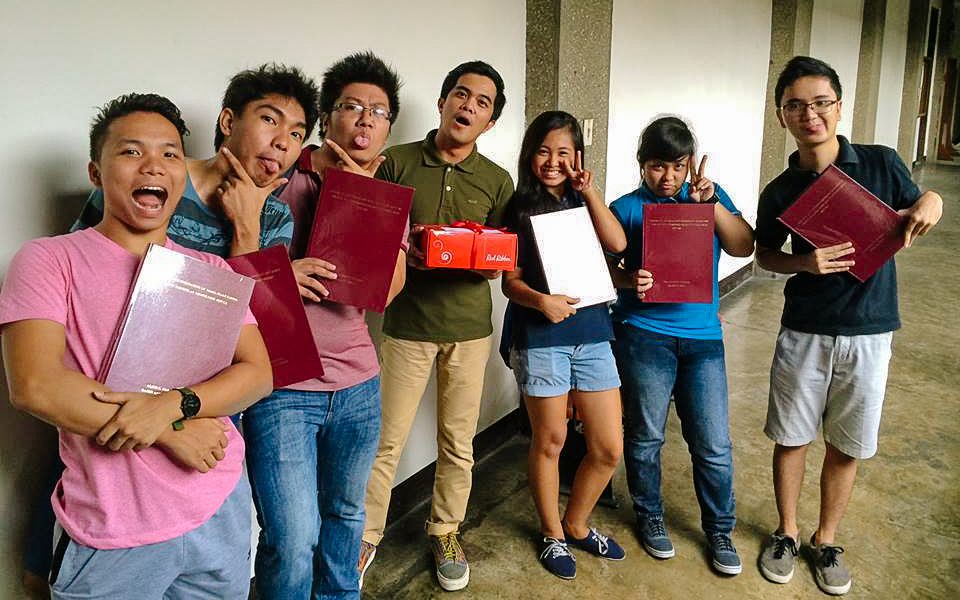 But despite having to balance submitting projects, problem sets, and sit down for exams while maintaining good performance at work balancing her AHT (average handling time), sales conversion, schedule adherence, and call quality to qualify for the monthly performance incentives, she never thought of calling it quits even though she was having a hard time.

“To be honest, I don’t think I ever wanted to give up. There was too much hope and determination running through me that even though I knew I was going to have a tough time, I was never going to stop until I finished what I started,” explains Karla.

There were times when Karla would envy her friends who only needed to worry about school, while she had to think about budgeting paychecks and making reports. But every time this happened, she thought of what her mother always told her: “She tells me that we can make it through one day at a time, and when we eventually make it to the end, the victory will be so much sweeter,” recalls Karla.

When asked where she gets her strength to pull through, Karla didn’t hesitate. “My mother and my sister were my main sources of strength. I admire my mother, her courage in facing everyday challenges, her positive outlook in every situation, her perseverance in being both mother and father for my sister and I, her tenacity in voicing out her opinion when she knows there’s something not right, her ease in forgiving people.”

Her colleagues from work and classmates didn’t lack in the support department as well. Karla describes them as stress relievers and great cheerleaders. They would easily exchange life stories and give each other a boost whenever they didn’t meet their targets. Her classmates, she explains, were amazing. “I wouldn’t have survived countless requirements without their help. Whenever I missed a class due to illness, they would step up and offer to help me catch up.”

Karla’s boyfriend helped, too. “I shared all the ups, downs, victories, failures, frustrations, doubts and most importantly, food trips. He was there all throughout and I couldn’t be more thankful.” 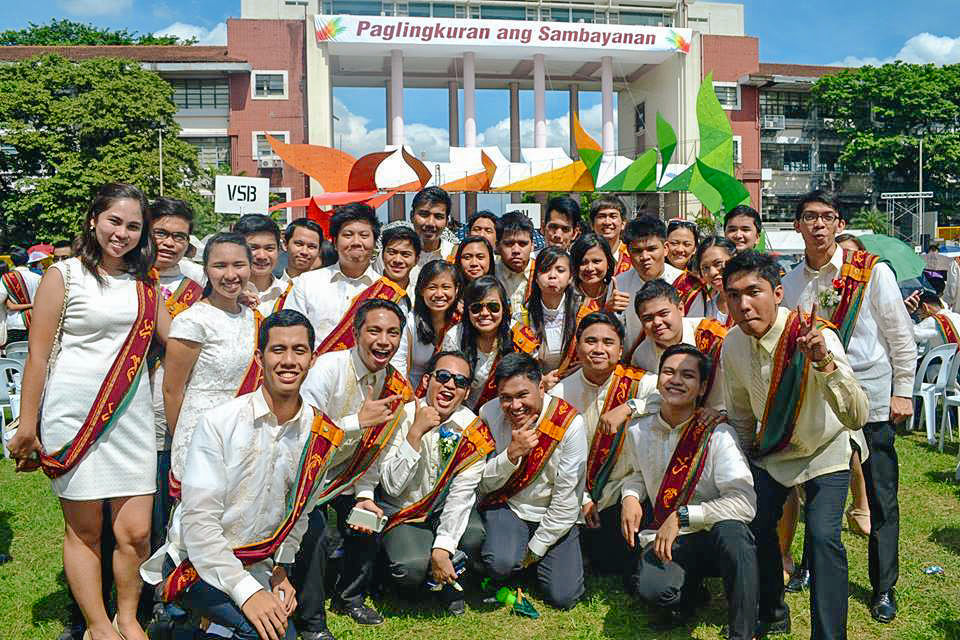 “To my fellow call center agents who feel like it’s never the right time to fulfill their dreams, I would just like to say that the best time to start working on your dreams is NOW. You’ll always feel that you’re not ready but when you’re already on that path, you’ll do everything for that dream to come true.” – Rappler.com

Poyen enjoys the great outdoors. She occasionally goes climbing mountains, or catching some waves. But if she’s not out and about, she spends her time painting and reading books. She writes too.