First Namoo House PH: Where to get your next Korean barbecue fix 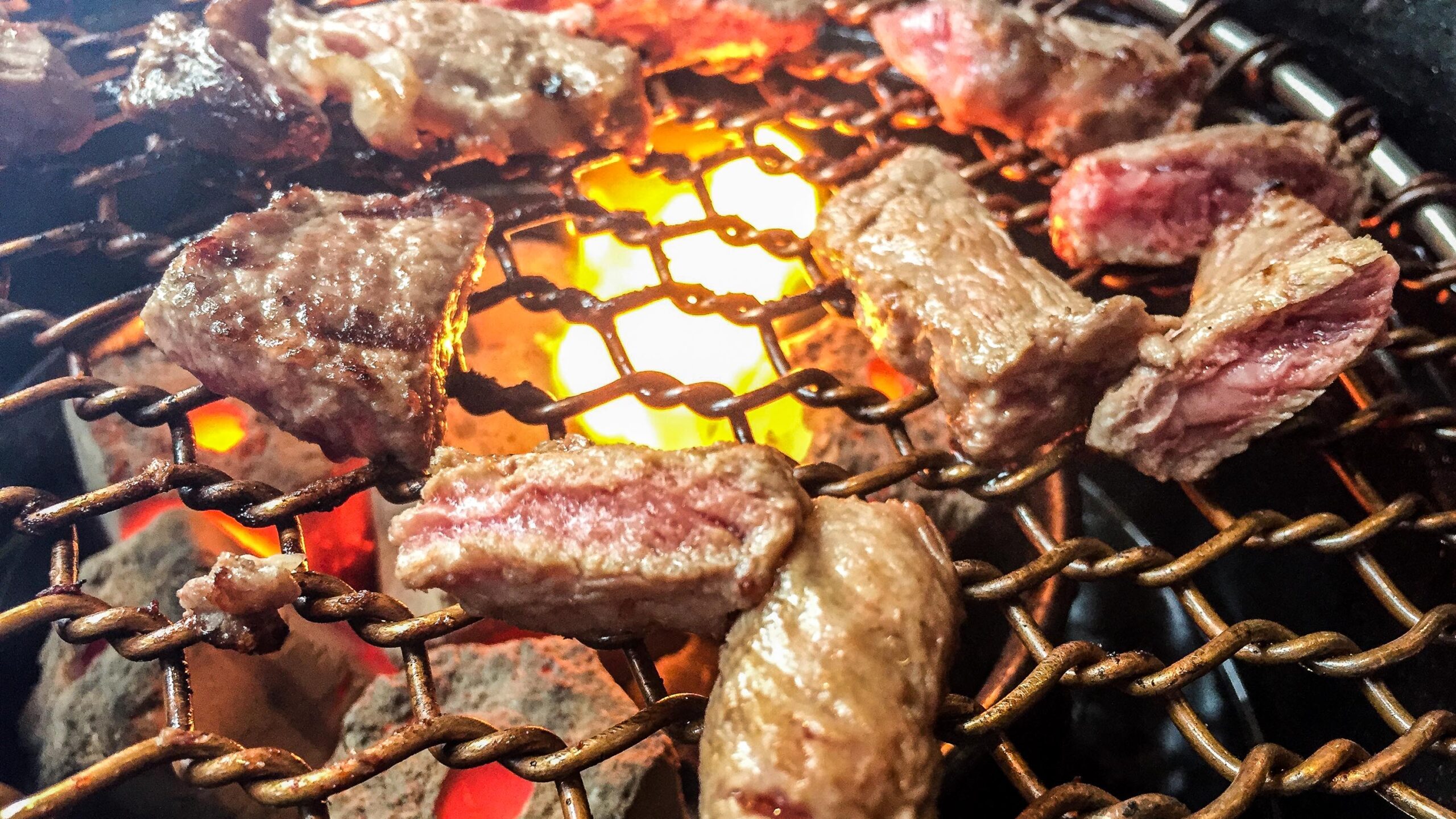 MANILA, Philippines – Craving some Korean barbecue? The Seoul-based restaurant Namoo House has set up their first international shop in Manila, and they’re serving up Korean cuisine the only way they know how.

Namoo House Premium Korean Barbecue, also known as Maple Tree House, opened to the public on Tuesday, August 2, and according to co-owner Jun Park, they stick to the same recipes that they serve in their other 4 branches in Seoul – even the spicy ones. Inside, the restaurant at Uptown Parade looks Korean with a modern twist. A wall is lined with green soju bottles, while a screen of maple branches separate the entryway from the rest of the restaurant. 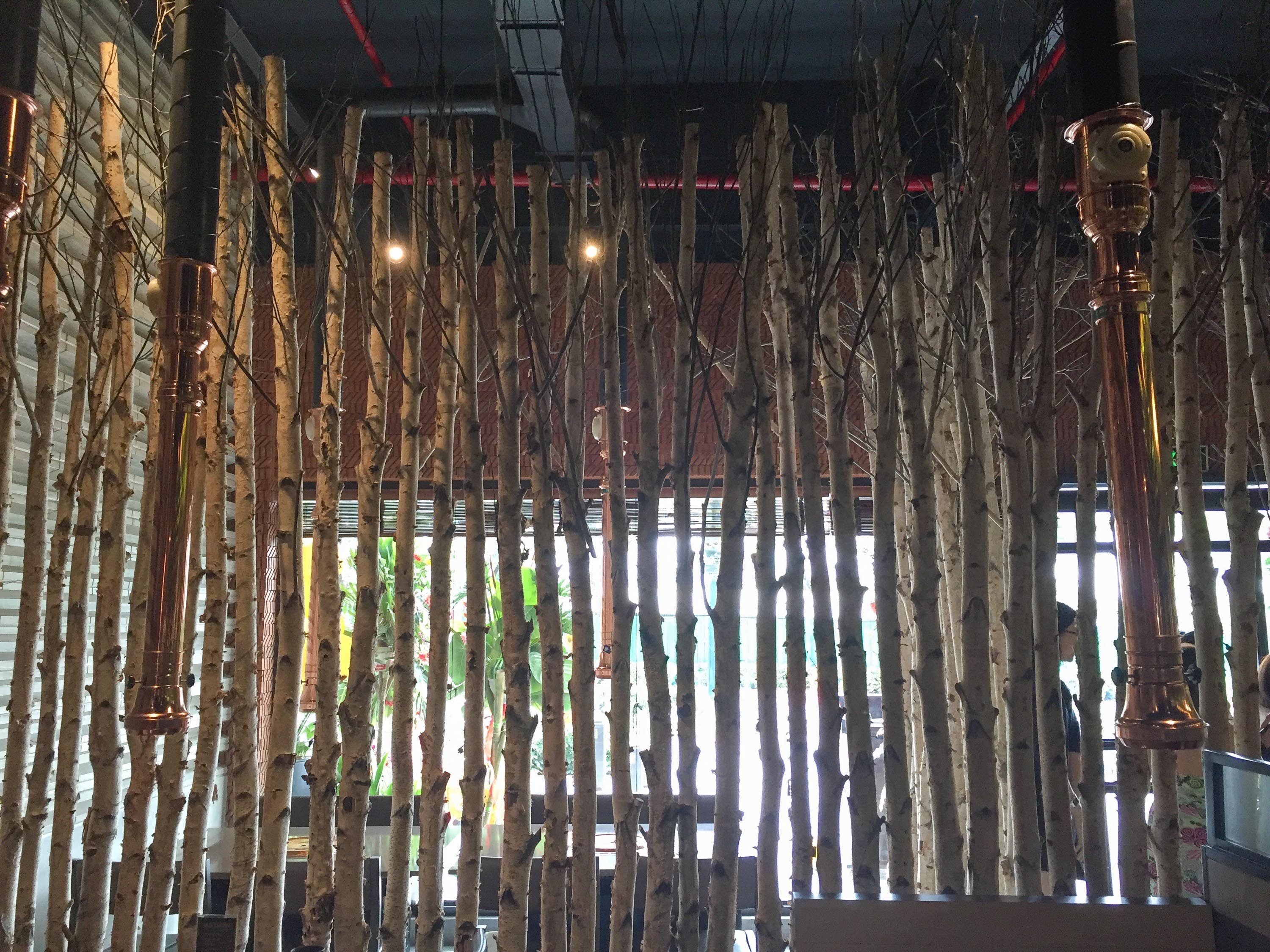 Everything else – their tables, exhausts, and stoves – is stone and copper, with illustrations of their menu on the walls. 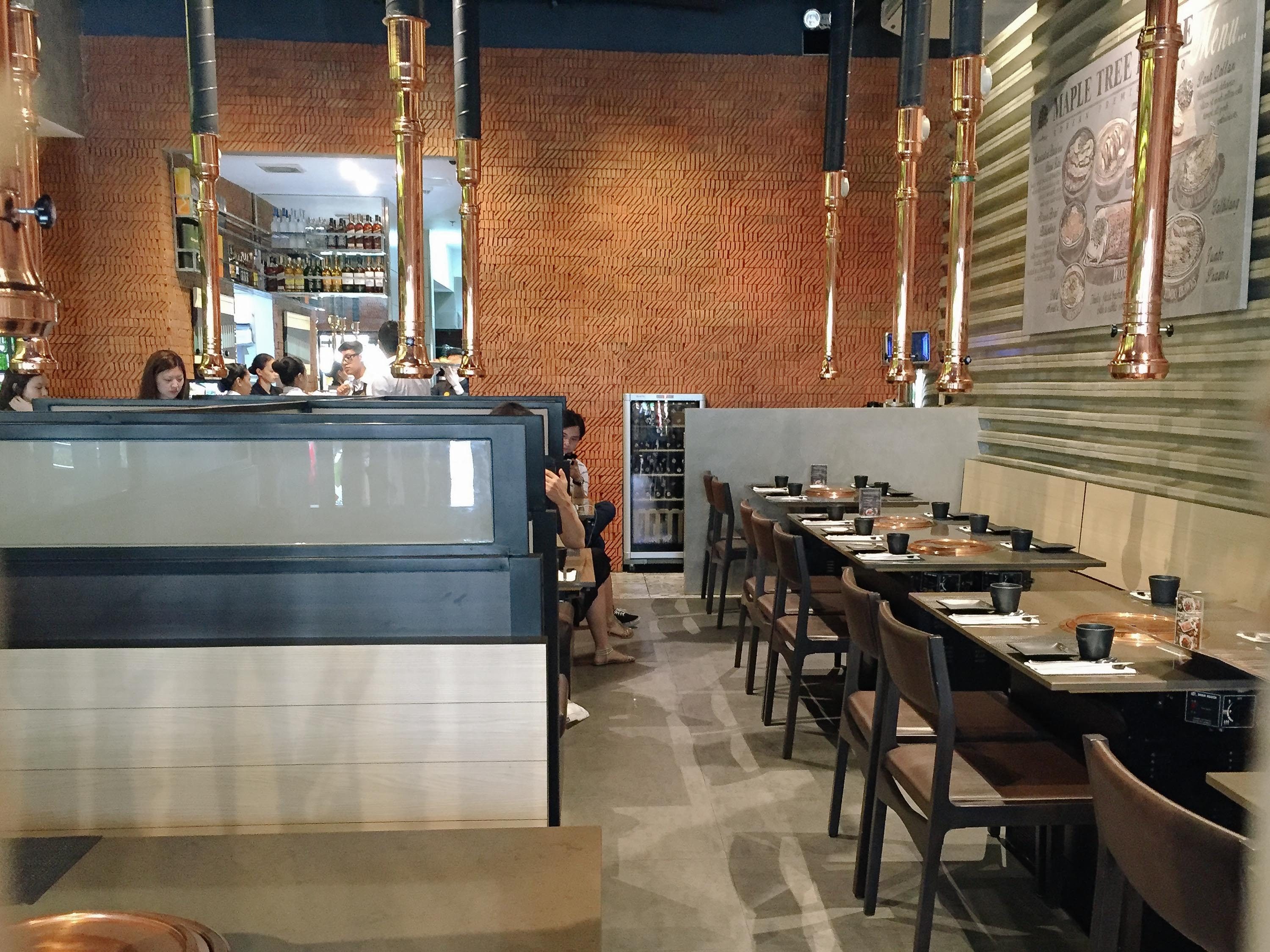 As is usual at Korean restaurants, Namoo House serves pickled appetizers before their customers get their mains. Among the appetizers at the press preview on their opening day was a salad tossed in their own homemade dressing. According Jun, their steaks are aged for a minimum of two weeks and they’re the best – Namoo House isn’t called a “premium” Korean barbecue because it’s a fancy restaurant, but because of their quality meat.

Also cooked at our table’s grill were sweet marinated boneless short ribs (P750), best eaten with a piece of pineapple. No Korean restaurant would be complete without the classics. Namoo House serves a regular bibimbap (P350) and a stone bowl bibimbap (P395), which will keep hot and cook the rice to a nice crisp. Namoo House’s rice is a mix of black rice and white rice – a healthier alternative to just plain white rice – whether it’s in the bibimbap or a separate bowl on its own.

Bean paste stew (small – P195, large – P350) is also a Korean staple, and this salty, spicy soup is perfect for warming up on a rainy day. Last on the menu was the special jumbo beef rib soup (P475), which can be a meal on its own with its glass noodles and beef back ribs. The beef can be dipped in a special sweet wasabi sauce too, an interesting flavor that had everyone at our table guessing at what it was. To wash everything down at the end of a meal, Namoo House serves a sweet, refreshing plum juice to all their customers. Will you be trying out Namoo House soon? Let us know what you think of the restaurant in the comments! – Rappler.com