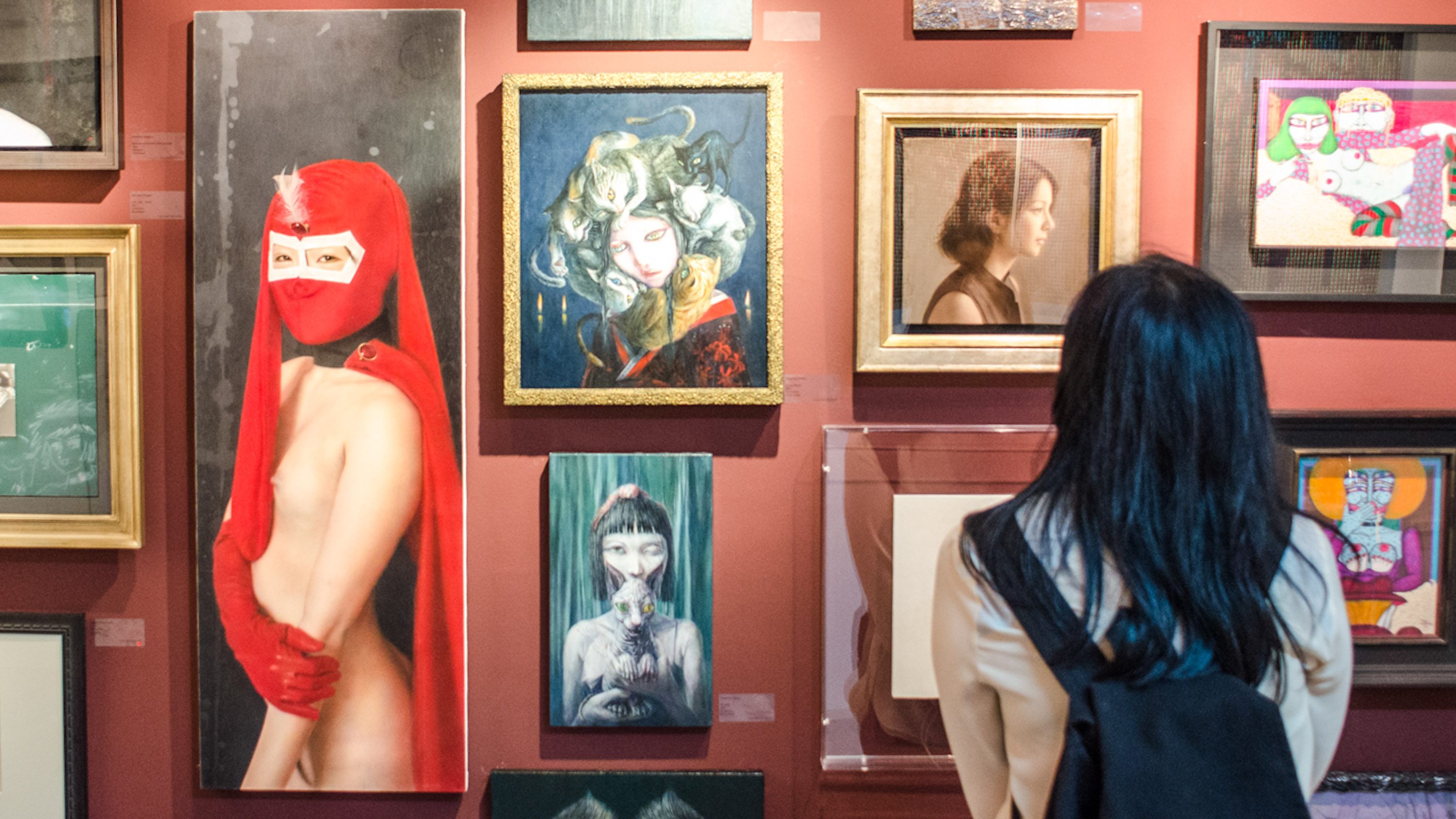 Between the wine and the selfies, navigating through this year’s Art Fair Philippines (AFP) often feels less about the art and more about the spectacle, with visitors jumping from booth to booth, dodging smartphone cameras and eager gallerists as they try to take in what is billed as a presentation of the “best of Philippine contemporary art.” A quick tour of part of 6th floor here at #artfairph ! I walked past work by De Pio, Abrera, del Castillo and more. @rapplerdotcom pic.twitter.com/NtKpoZi8G3

The problem with that statement, however, is that it gives unrealistic expectations. How can anyone hope to understand the depth of the Philippine art scene – as to declare the best – in four days? AFP has undoubtedly become the most well-attended art event in Manila, and this year it is bigger than ever.

There is a mesmerizing Ramon Orlina section here. The exhibit, Fourth Dimension, is something else. This is one of the pieces. pic.twitter.com/esE8xOE7DS But casual art lovers who visit as an initiation to the art scene should remember that, at its core, AFP is a market event – and that nature leads to a cautious and conservative approach among participating galleries, many of whom are content to lean back on the tried-and-true.

This is the reason why I liked Tin Aw’s booth so much—and dare say that it is probably the best booth in the fair. The approach of their exhibition, called ‘Walls,’ is to question the nature of how we consume and display art by examining how audiences interact with its basest and most familiar platform: the empty white wall. This is best exemplified by Lyra Garcellano’s contribution to the exhibit – a series of sublimated gold plates with titles such as “A Particular Red Painting That Complements the Leather Coach,” and “A Beautiful But Fake Caravaggio Made in China” that are affixed on a wall beneath pencil-drawn empty boxes. In a humorously devastating way, Garcellano manages to upend and critique the use of art as an element of interior design – or glorified wallpaper, as a critic friend of mine put it. That this was displayed at the market craziness that is AFP is another bold success for Tin Aw. I mentioned in an earlier preview how ‘Walls’ was the exhibit I was excited for the most. Gallerist Dawn Atienza and Marya Salang certainly did not disappoint. Another work worth visiting is Ferdie Montemayor’s “…go!” at Pinto Museum’s booth – a painting of galloping horses which basically encompasses the entire booth. For sheer scale, the work is impressive, but it’s the depiction of movement that makes this work particularly memorable.

Burst of energy and controlled movement in Ferdie Montemayor's Go!. I stood in the center of the viewing area to capture this video. pic.twitter.com/ZbpxuptD2b Liv Vinluan’s “The Interrupted Future History of the Place They Call Manila” at the CANVAS booth succeeds on a conceptual level, as a depiction of the development of Manila in figurative and literal layers on folded bamboo paper. While the market activity of the fair, although certainly energetic, exhibited much of what we were already familiar with, AFP succeeded in its attempt to expand into a larger art festival of sorts. In an environment where government culture budgets are slashed, the auxiliary events were an alternative and accessible way for the public to understand how art can be used to embody and reinforce different ideas and perspectives. Outside the main AFP venue, in front of Ayala Museum, there is Mark Justiniani’s “The Settlement,” a powerful attempt at understanding how history and symbols are harnessed. It is the largest work of his Infinity series, which uses mirrors to give an illusion of depth. Inside the main AFP venue, Dex Fernandez’s “Hobo in Wanderland” is a unique video experience that relies on the participation of audiences to contribute stills to an animated sequence of his garapata (tick) figure. While not as grandiose as Martha Atienza’s video work from last year, it is probably the one commissioned work that had the most impact – although art historians will undoubtedly see the mural collaboration between Salingpusa members Elmer Borlongan, Mark Justiniani, and Manny Garibay as an exciting return to form. What stands out this year are the educational talks, and the programming is a good way to familiarize yourself with the issues that the art community confront, as well as gain insight into specific practices. As I write this at the roofdeck of The Link venue, there is a long line to attend the talk of Dr. Sarah Thornton. And on Saturday, you can expect a packed hall for Ambeth Ocampo’s undoubtedly entertaining talk on Arturo Luz.

In Joee Mejias' Come Closer To Me, sensors detect your movement and shutter as you approach; the viewer is part of the piece. pic.twitter.com/a8lFhQN5IQ 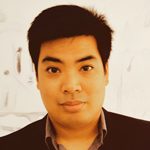 Duffie Hufana Osental is a Palanca Award-winning art writer and editor. He is currently the Editor-in-Chief of Art+ (Contemporary Art Philippines) Magazine.