What is Ghost Month? 5 things you need to know 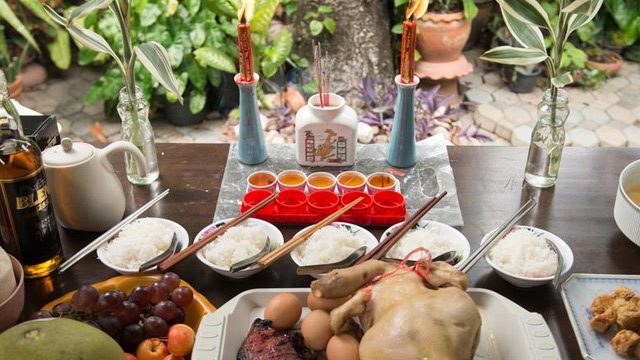 MANILA, Philippines – The annual Ghost Month affects more aspects of your life than you think, having a hand in business openings, the Philippine stock market, and even wedding plans.

Every year around August, Feng Shui experts warn us against a slew of activities, lest misfortunes happen.

But what exactly is Ghost Month and should we take all these warnings to heart? We spoke to Feng Shui expert Marites Allen and did a little research to find out more.

What is Ghost Month?

Ghost Month, also known as the Hungry Ghost Festival, is a Taoist and Buddhist belief that “hungry ghosts” or restless spirits roam the Earth and cause mischief on the 7th month of the lunar calendar. This mischief can be anything from accidents and crime to unexpected deaths and business failures.

To appease the spirits, people offer food, incense, and burn “faux money.” In countries like China and Singapore, they even hold comedy and opera shows, auctions, and dinners to entertain the spirits.

This 2017, Ghost Month lands on August 22 to September 19. Ghosts are most vicious and are much stronger on the 15th day of the 7th month (September 5 in 2017), so it’s most important to make offerings on that day.

Marites talks more about Ghost Month do’s and don’ts in her video below:

Being born during Ghost Month isn’t necessarily unlucky, but the period could be dangerous for newborns. Marites suggests that these babies be placed in well-lighted nurseries with nice music, and to have someone checking on them frequently.

Just as some people wear Feng Shui charms or put certain kinds of furniture in their houses to ward off negative energy, the same is practiced to keep the ghosts away during Ghost Month.

Things like fu dogs are placed at the entrances of buildings and bright paintings or auspicious symbols are also hung in houses or buildings to ward off spirits. Special jewelry and protective mantras, like those sold at Feng Shui stores like Frigga, also protect wearers from harm. – Rappler.com