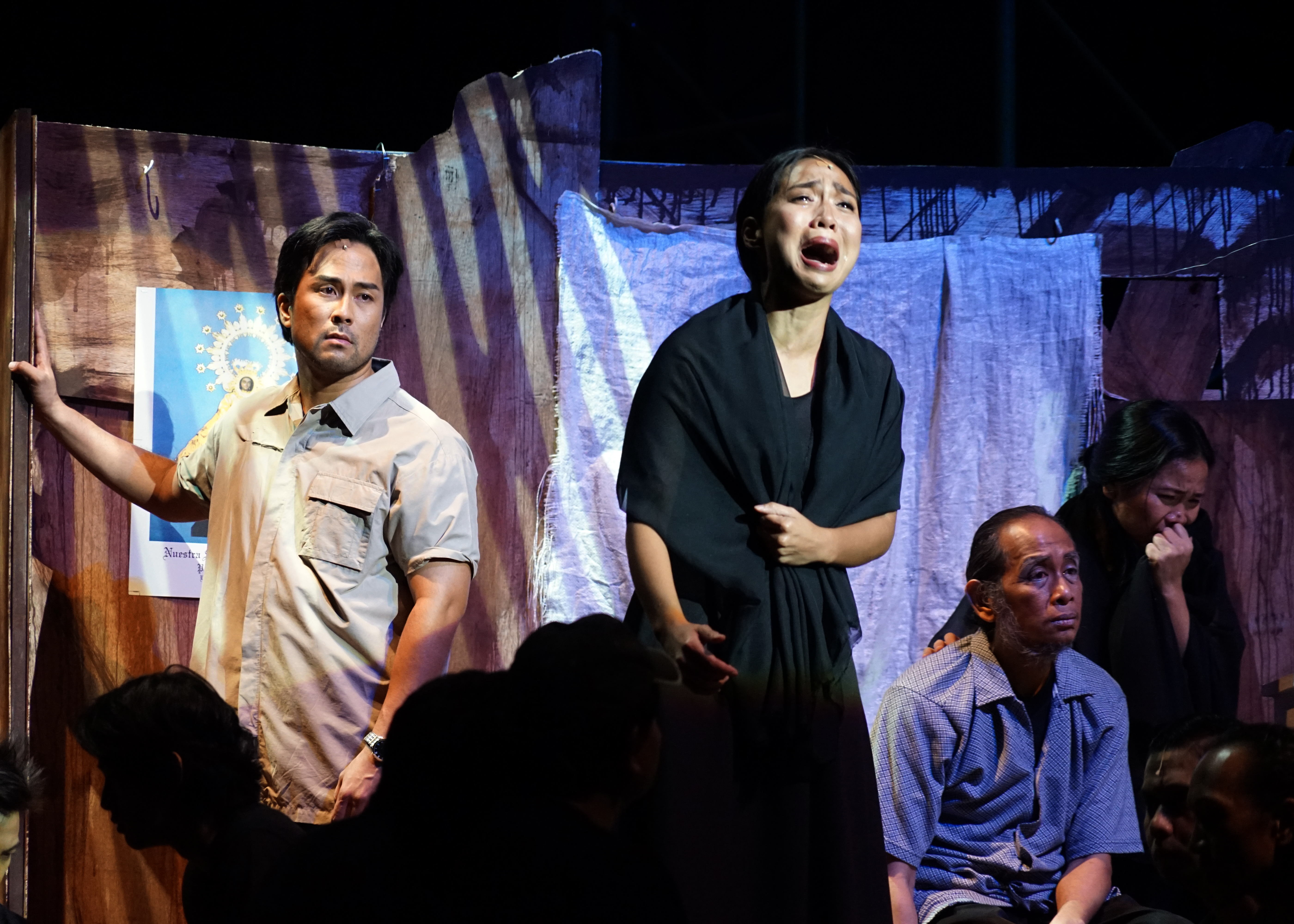 MANILA, Philippines – In Manila, there are blue-collar workers risking their lives everyday to earn a decent living, but are subjected to unfair labor practices and remain uncertain of their safety and their future. Human trafficking exists, and women leave their provinces believing that fleeing to the city is their one chance at a better life, only to be driven into prostitution. It is a city filled with poverty and social injustice, where predators subsist on the blood and sweat of unwilling victims. People die and nobody notices; or maybe, nobody cares. These were true in 1975, when the play Maynila Sa Mga Kuko ng Liwanag, a film based on Edgardo M. Reyes’ novel, was shown. Over 4 decades have passed and yet, the same societal problems prevail – nothing has changed.

The story is a concrete depiction of the ills of city life. It strikes a chord in the heart of the Filipino as much as it did in the ’70s, when the novel was adapted into a full-length film directed by the Lino Brocka.

Joel Lamangan’s first acting job was in the said film, and he returns to his roots, so to speak, and comes full circle to resurrect a classic for the present day audience.

There are many things to love about Maynila Sa Kuko ng Liwanag, Lamangan’s musical stage adaptation. The opening number fulfils its purpose—to set the tone so the audience understands what the play is about, and to get them hooked and make an impression. Credit goes not only to the actors but also to the ensemble, whose voices and dance moves fuel the number with explosive energy. It’s big, it’s splashy, and deserves thunderous applause.

The choreography is one of the most engaging aspects of the show. It captures your attention, dazzles, and at times even makes your jaw drop. The songs are memorable and on occasion even catchy – take that song where the girls thank Mrs. Cruz for example. Choreography and music – particularly the uptempo ones – are two of the play’s strong points, and rightfully so.

Then there’s the cast and the interesting characters they portray. We’ve mentioned Mrs. Cruz and her girls, who add a pop of color to the scenes they’re part of. Their scenes are a breath of fresh air in the midst of dismal themes and heavy drama. Dulce as a pimp is a hit. 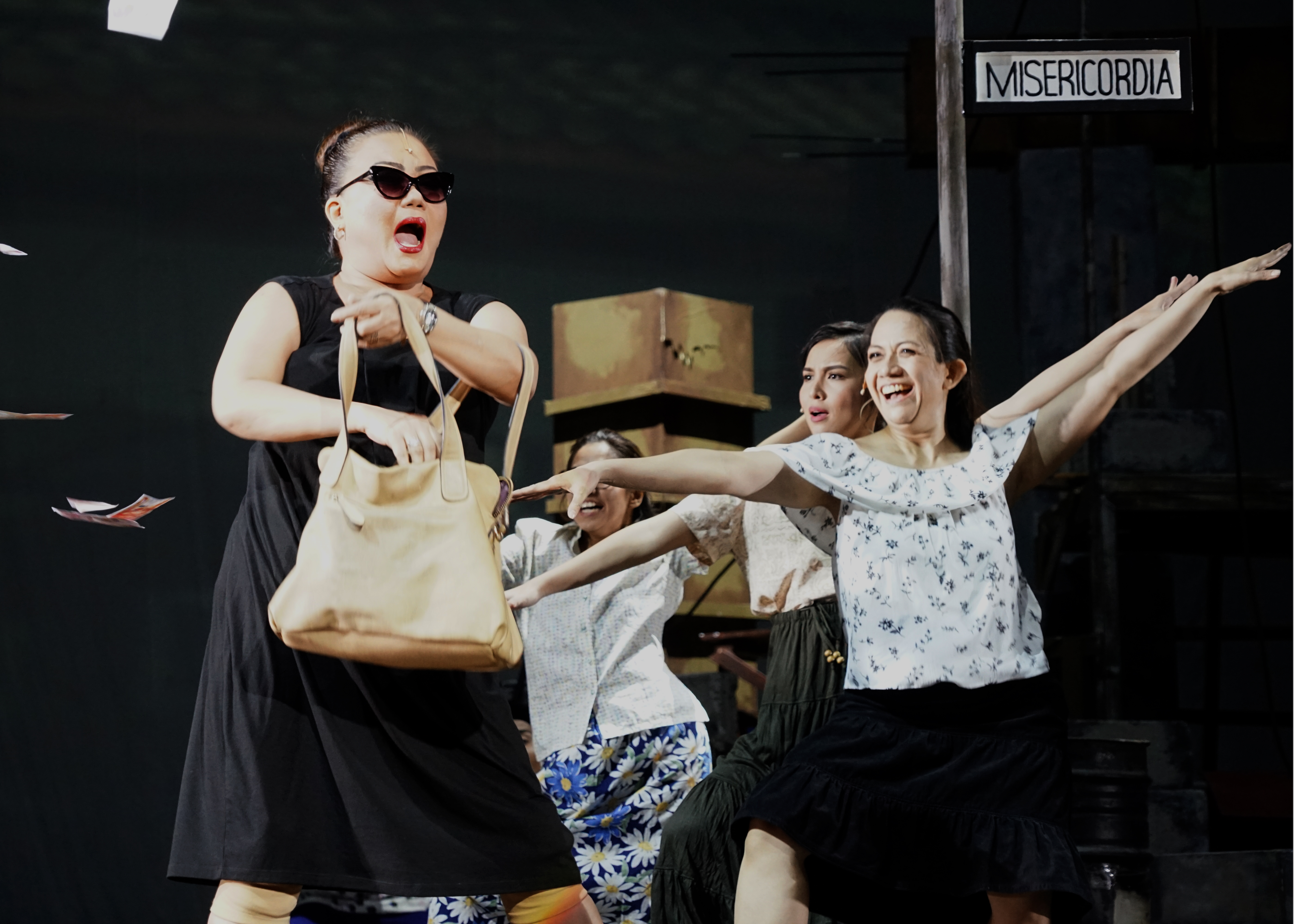 Jim Pebanco as Mr. Balajadia is mean and abusive to the construction workers. He takes cuts from their paychecks and bullies them. Once he gets into his dancing shoes however, he becomes lovable and animated, moving to the music. 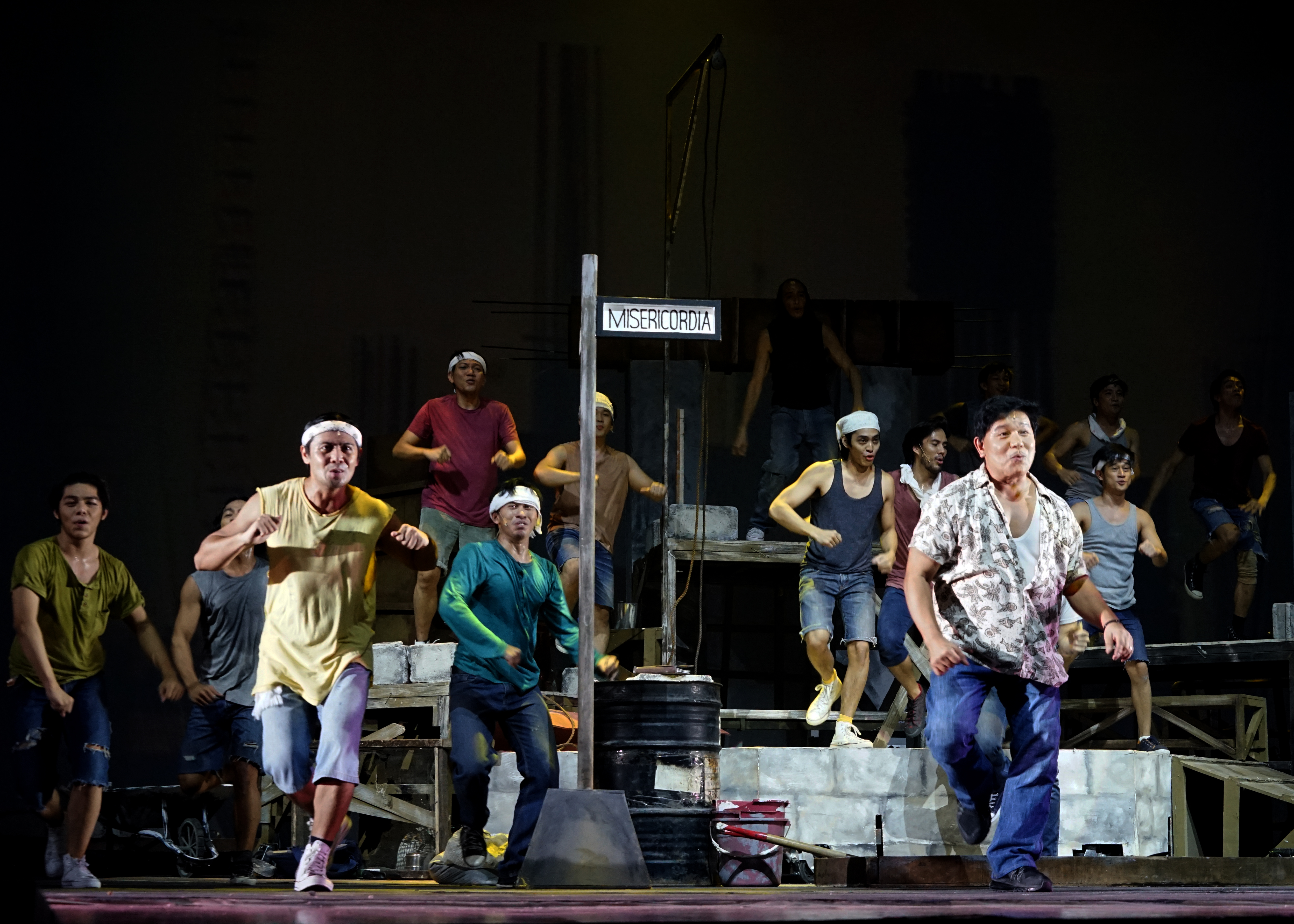 Rafa Siguion-Reyna as the highly ambitious Imo represents underprivileged individuals who, despite dire circumstances, aspire for a better life. As his luck changes and things turn in his favor, we see Imo’s character develop from a down-on-his-luck blue collar worker to a self-assured, slightly arrogant young professional.

Among the members of the supporting cast, Aicelle Santos shines the brightest. She plays Perla, the naive sister of Atong (Noel Rayos), a construction worker Julio works with on the site. Aicelle sings with such fervor and intensity, hitting all the high notes even as her face is wrought with emotion – there’s something you see in her eyes and in the creases that form on her face as she belts it all out. Her pain is not feigned, but real. Aicelle’s performance is powerful, breathtaking, and memorable, substantial enough for consideration for a leading role. 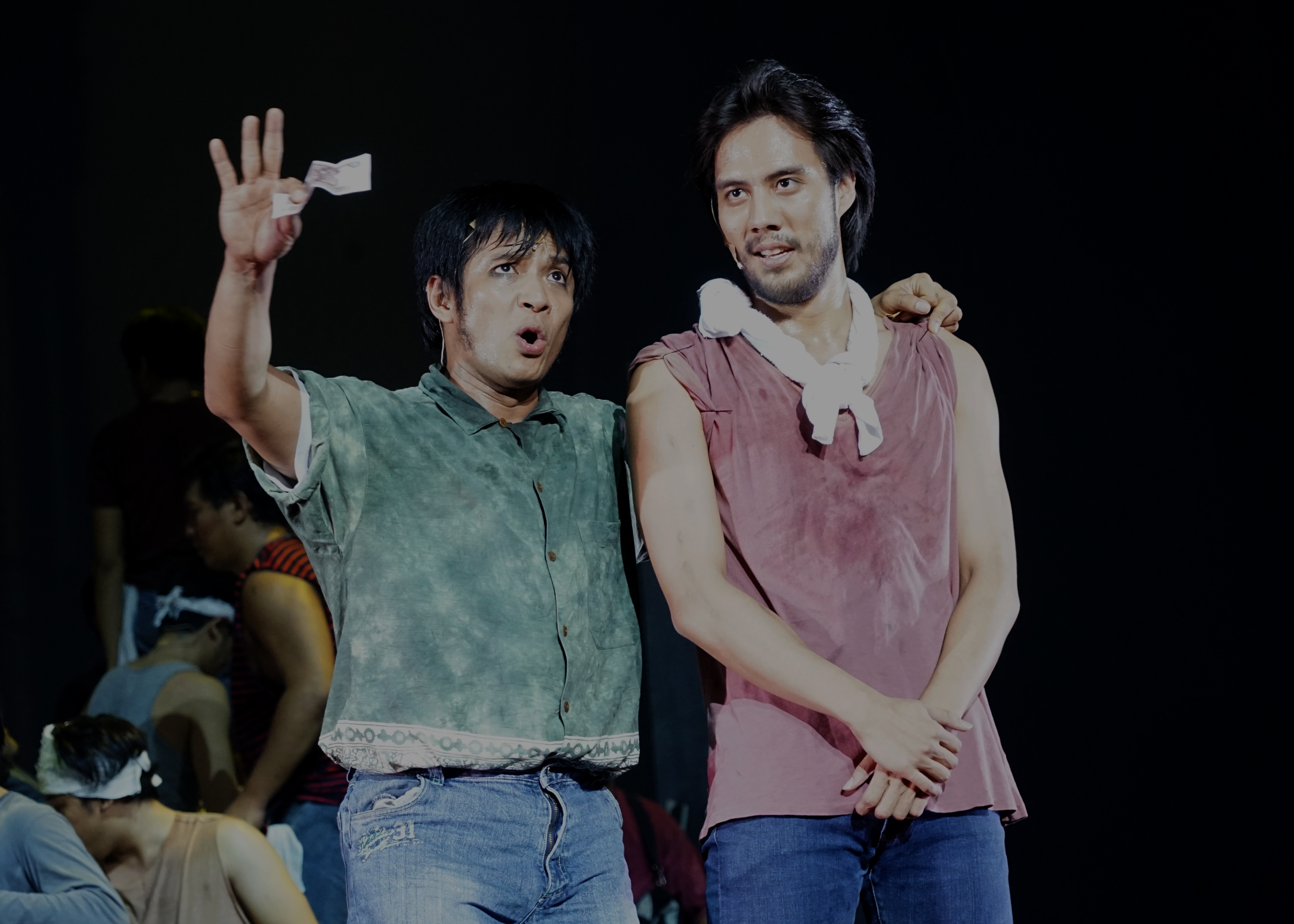 Arman Ferrer and Shiela Valderrama-Martinez have the lungs of steel required for Julio Madriaga’s and Ligaya Paraiso’s sung parts. Individually, each is effective in his or her respective role; Arman as the probinsyano who dives into the struggles and perils of city life in the name of love and Shiela as the exploited provincial lass who reluctantly becomes a kept woman held against her will. 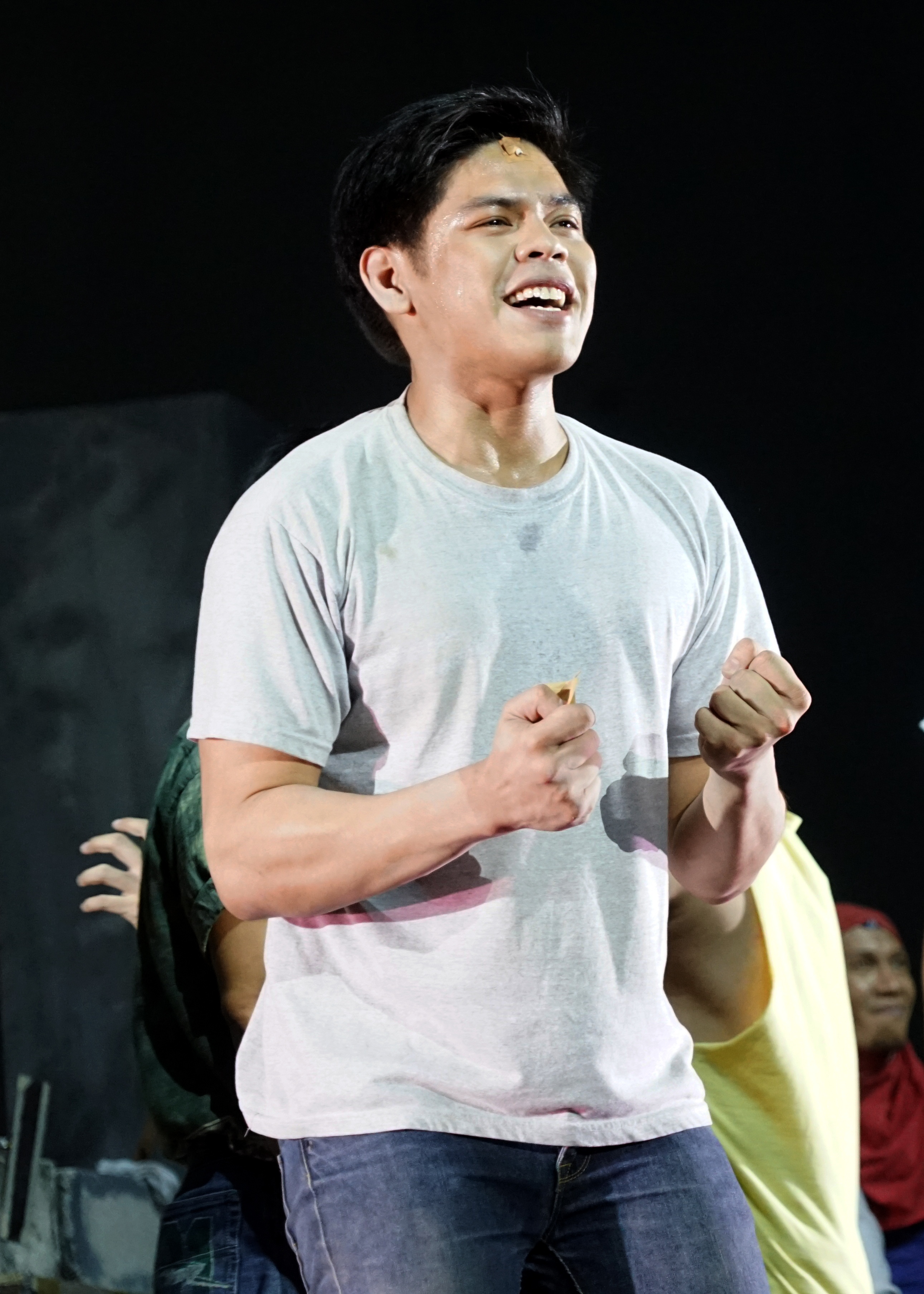 What they lack, however, is romantic chemistry. Shiela and Arman can sing captivatingly and deliver their lines with brevity, but their connection as lovers feels almost clinical, and hurried. The danger behind their ill-fated romance is evident, but the supposed romance itself lacks the capacity to make spectators swoon and reminisce the feeling of young forbidden love. There seems to be more excitement in the sincere but unrealized amorous intentions of Pol (Floyd Tena), Julio’s friend, towards Perla. 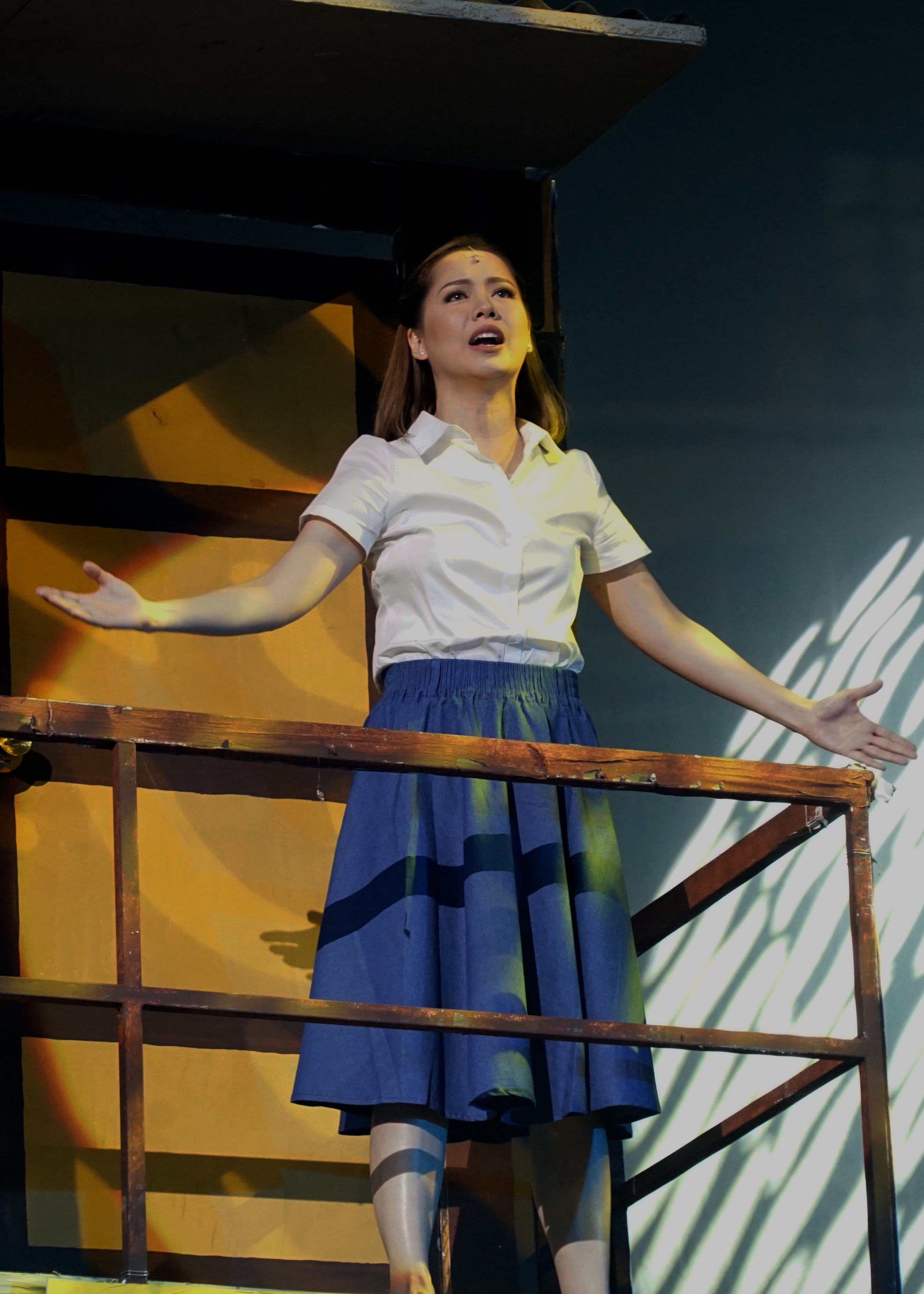 At the start of the play, it is established that Julio’s mission is to find and reunite with Ligaya, but this manifestation is cut short in the first act as it dwells more on the life stories of the supporting characters, leaving very little room for romantic build up between the leads. The essence of the romance is crammed into the second act. The sequence of events, and the body language – drowned in the song numbers – fall short at reiterating that Julio and Ligaya are madly, deeply in love.

I have the same concern with the period element; I wasn’t too convinced. It didn’t seem like we were in the 1970s; the set and the clothes barely signified that the story is set in a different era. However, there were details that were too accurate to ignore, such as the lamp post and the interior of the households. There were also some props that could use a bit of reinforcement, as well as lighting and sound glitches could and should have been resolved after opening night.

Shifting from the center to the left, or to the right of the stage during scene changes was also problematic because in many instances, the actors had very little space to express and explore. It’s an even bigger problem for members of the audience seated at the rightmost side to appreciate what’s going on on the left part of the stage, and vice versa.

Overall, Maynila Sa Kuko Ng Liwanag is timely and substantive as it is engaging and memorable. Despite its heavy themes, it makes it a point to tickle the audience as it lobbies its causes – which is what it needs to do, really – to entertain and deliver an important message. – Rappler.com