Enigmatic Ossorio: The artist’s first exhibition in the Philippines MANILA, Philippines – Known for his strong images derived from Catholicism, Alfonso Ossorio is one of the most celebrated abstract expressionist artists from the Philippines. And although his works have been widely recognized by American museums, his work will be shown for the first time in a Philippine museum, in an exhibit entitled Alfonso Ossorio: A Survey 1940-1989. The exhibition highlights his beginnings in surrealism, experimentations on wax-resist drawings, and his striking congregations.

Born into affluence, Ossorio’s father Miguel founded the Victoria’s Milling Corporation, while his mother Paz was born into a shipping clan. During his earlier life in the US, he encountered pivotal movements in Western art such as abstract impressionism. He eventually became exposed to art brut as advocated by John Dubuffet. Jackson Pollock became a friend of Ossorio and became one of the earliest collectors of his works. It was Pollock who suggested to Ossorio to travel to Paris and meet Dubuffet. His early works in the 1940s were very figurative, inspired from the surrealist works of Salvador Dali and the illustrations of Renaissance artists. In the 1950s, his family asked him to return to the Victorias to do a mural on the chapel St. Joseph the Worker. The resulting work was called, The Last Judgement, which everyone now calls “The Angry Christ.”

During this time, he developed his wax-resist technique. Since wax resists oil, he would draw figures in wax or liquid wax and do washes of watercolors on the canvass. The resulting works became some of his greatest masterpieces. Enigmatic, the congregations (also known as his mixed-media works) combine a number of different elements and thoughts in one piece. Still, there is a connection to the Catholic imageries. To Ossorio, every bit of bone or fragment in the natural world is also a link to God. 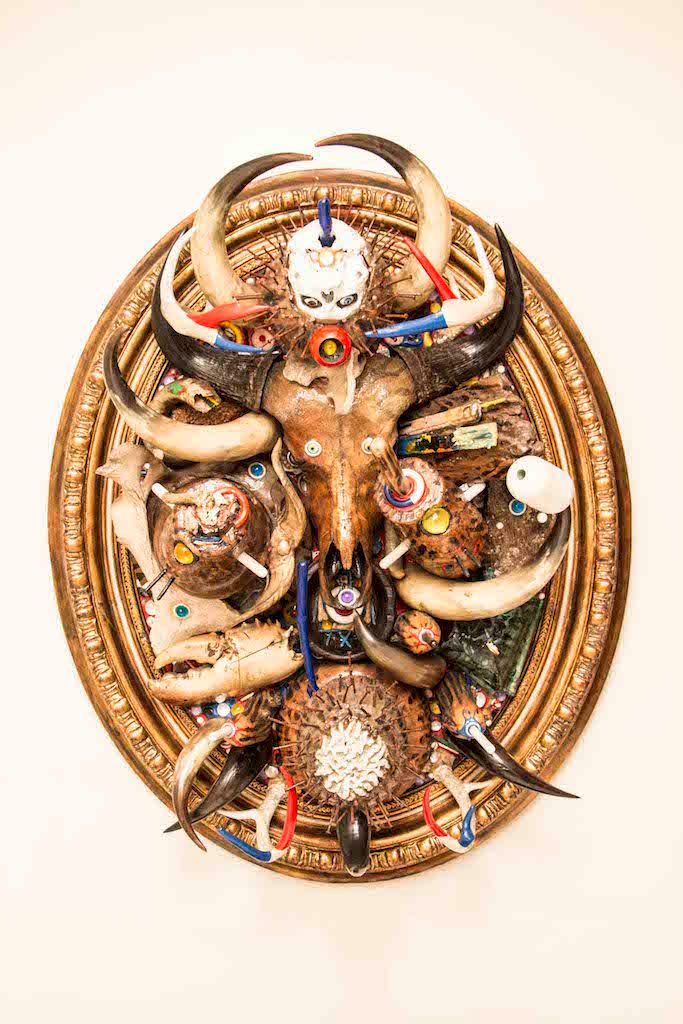 The more than 50 pieces on display show the transitions of his style as influenced by his personal upbringing and struggles with his being, religion, and sexuality.

Alfonso Ossorio: A Survey 1940-1989 will run until June 17 at the Ayala Museum. For more information visit www.ayalamuseum.org. – Rappler.com