At New York’s Met, an opera even babies can go gaga for 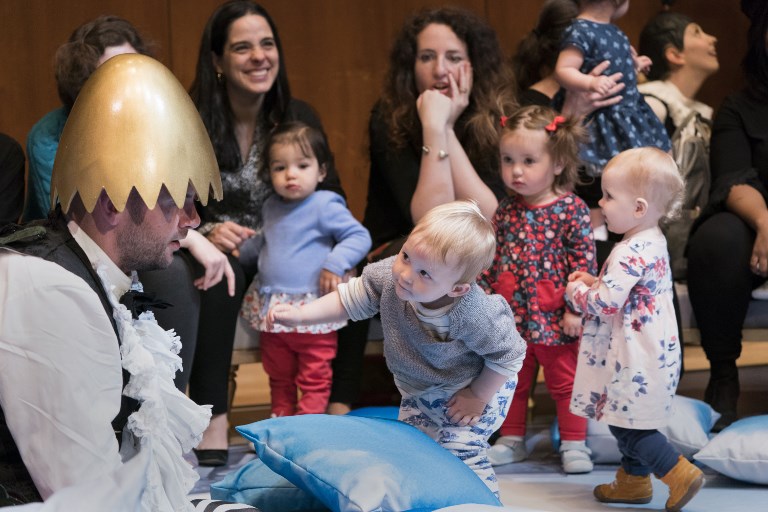 NEW YORK, USA – New York parents, ever vigilant for new ways to amuse their offspring, are picking up babies and flocking to the Metropolitan Opera this week for a very special US performance.

BambinO – a 40-minute opera composed specifically for infants – has crossed the Atlantic for a booked-out, 6-day run after winning over audiences in Britain and Paris.

Well-dressed and well-groomed 6 to 18-month-old New Yorkers assemble in a small auditorium at the Met, either cradled on parents’ knees or crawling and toddling among a sea of soft blue cushions.

Babies can make as much noise as they want, the audience is told. Adults, on the other hand, are told to pipe down.

Then the music starts. Sung in Italian and baby sounds, it’s performed by a cellist, a percussionist and two singers, who roam among the children, introducing them to furry toy birds and a golden egg. 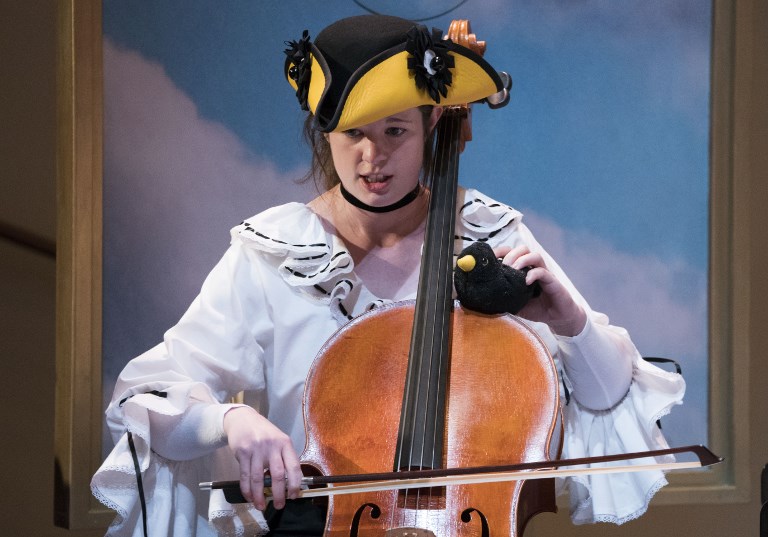 Sloane Campbell, 12 months, already goes to a music class once a week and her mom Kate Mangiameli is a Met singer herself, but Mondaymarked her first live performance.

“Hearing that kind of singing from someone other than me is probably pretty great for her,” says Mangiameli.

The plot, secondary to the music as in most operas, tells the story of a bird, a baby bird and their relationship before the baby’s quest for flight ultimately leads to separation.

Jokes aside about the Met’s quest to lower the average age of its audience, each performance seeks to win over babies and caregivers to an art form often castigated as elitist and out of touch. 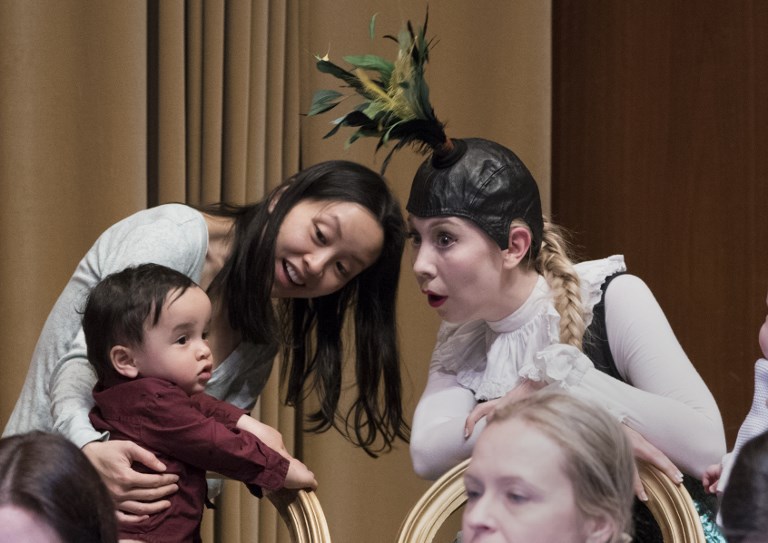 Initially commissioned by Scottish Opera and performed in Scotland and Manchester, Paterson said coming to New York, arguably one of the world’s greatest opera venues, was a “amazing.”

Charlotte Hoather, who plays the character Uccellina, says reactions are different every time, and vary from country to country. If French children were very calm, Americans were more forthright.

“We had confident babies today. Very brave,” she says.

“I was just having fun because she was clearly overjoyed the whole time. I couldn’t stop smiling,” says nurse Jessie Thisell, whose daughter Bonnie wandered around transfixed.

“She wouldn’t have enjoyed it if she had to sit still.”

In a world of opera obsessed with widening outreach, BambinO makes no secret of its determination to win over new audiences. 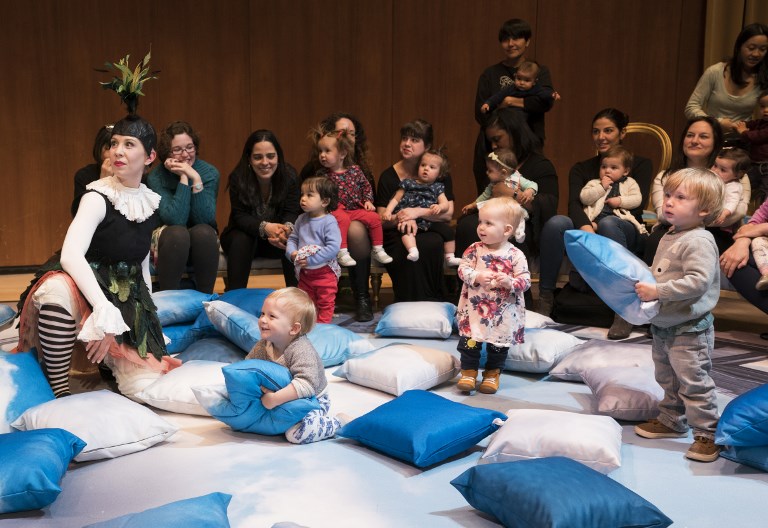 “We’ve had people who love rock music and punk rock people and they were like ‘I might go to something at my local theater’ and that’s really cool,” says Hoather.

The performers say meltdowns are surprisingly few, and usually food or tiredness-related.

“It’s an experiment. We’ll see what happens,” said Peter Gelb, general manager of the Met, asked whether it could become regular repertoire.

“We need to reintroduce the arts to the school system and we might as well start earlier than that, at the beginning,” he told Agence France-Presse.

But McDermott has words of advice for parents trying to push the envelope and bring children older than 18 months.

“We genuinely created an opera for babies. Toddlers get bored.” – Rappler.com